Urban Outdoor Cinema, located in Habtoor Grand Hotel, has finalised its festive offering and announced the full schedule of films you can see this season. Running until March 30, you’ll be able to see weekly films from a comfortable sofa or sun lounger wrapped under a cosy blanket.

The film will start at 7.30pm and tickets are priced at Dhs75 per person, with advanced booking recommended. There’s a stall offering hot and cold snacks as well as a selection of beverages. 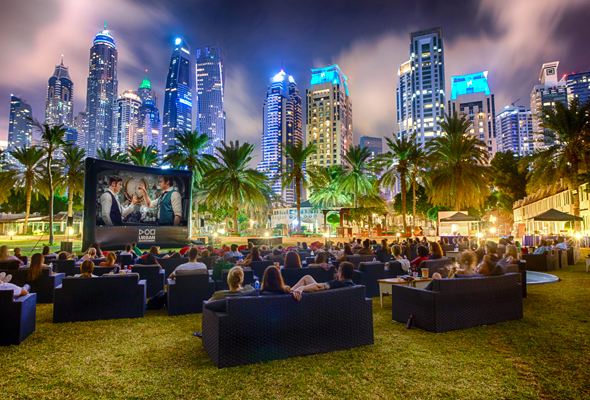 Film
Things to do
EDITOR’S PICKS
UAE holiday dates announced for National Day
READ MORE
Emirates Dubai 7s is back: Here's why we're excited...
READ MORE
Tennis ace Andy Murray to play at Mubadala World Tennis Championship
READ MORE
UAE 50: Where to watch National Day fireworks in Dubai
READ MORE
MOST POPULAR
UAE confirms its first case of the Omicron variant
Alhosn Green Pass to only be valid for 14 days after negative PCR
20 of the best things to do in Abu Dhabi this long weekend: Part 2
First look: London-loved restaurant The Cinnamon Club opens in Dubai
Check out this amazing display at the world's highest outdoor infinity pool
YOU SHOULD CHECK OUT
Our website uses cookies and other similar technologies to improve our site and your online experience. By continuing to use our website you consent to cookies being used. Read our privacy policy here.