From Stormzy’s post-performance night out, to a couple of tennis players and more than a few footballers, here are all the celebrities we’ve spotted in the UAE this week… 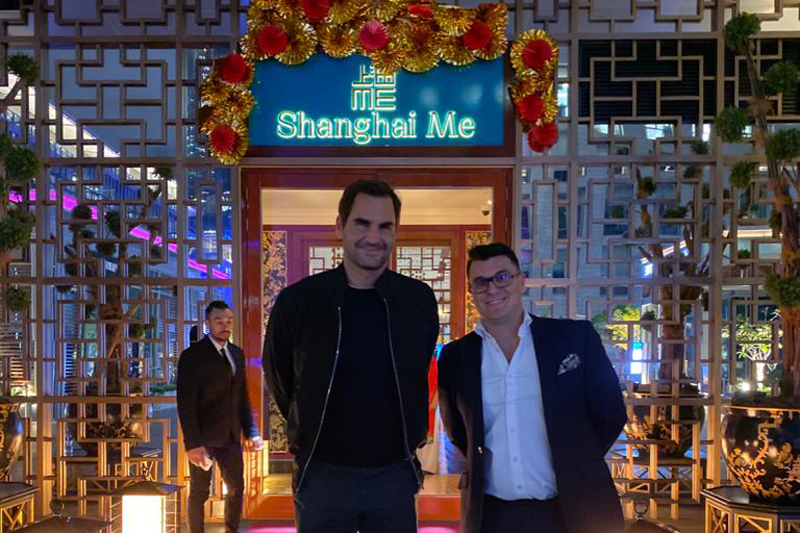 Fresh from his semi-final game at the Australian Open, Tennis superstar Roger Federer jetted off to Dubai to enjoy some well-deserved downtime. It’s not long until the legendary player returns to the city to take on the Dubai Duty Free Tennis Championships at the end of February. While he was here, Federer was spotted at new fine dining Chinese haunt Shanghai Me.

Fellow tennis champ Rafael Nadal was also spotted in Dubai last week, before the pair made their way to Cape Town. While he was here he took in the sights of the city, including reaching top of the world’s tallest building.

After delivering an incredible performance at RedFest DXB on Friday night, British rapper Stormxy headed off to Al Habtoor City club NarguiFive. The star also shared a snap of himself at The Dubai Mall, celebrating selling out three nights at London’s O2 Arena.

Dutch DJ Martin Garrix took to the skies before his RedFest performance this weekend, joining SkyDubai on a skydiving session above the stunning Palm Jumeirah. He also went to check out the sleek infinity pool at Address Sky View.

Manchester United footballer Paul Pogba has been spotted in Dubai visiting contemporary Japanese restaurant Paru at Caesars Resort Bluewaters Dubai. He’s also been working on his fitness whilst he’s been here, having posted a video of his training session at NAS Sports Complex, to his Instagram account.

Arsenal footballer Shkodran Mustafi has also been in Dubai but it looks he’s had more of a relaxing experience. The sports star said he was here with his family and enjoy the chance to recharge his batteries.

Chelsea and England football player Mason Mount has also been in Dubai this week. He went to check out the private farm at Fame Park and was spotted hanging out with the lemurs and lions.

Insta-famous freestyle footballer Sean Garnier travels the world showcasing his skills. He’s in Dubai at the moment and shared this awesome pic with his four million followers.

Members of the British party TV show Geordie Shore are in Dubai at the moment. Lead cast member Charlotte Crosby is fresh from taking part in the Australian version of I’m a Celebrity, Get Me Out of Here. The group enjoyed an afternoon checking out the new party brunch at Mama Zonia, Secret Jungle Brunch. They also spent a pool day at FIVE Palm Jumeirah followed by a night out at Dubai club Toy Room.

Celebrities
EDITOR’S PICKS
So, when is the next UAE public holiday in 2021?
READ MORE
All of the lavish new hotels set to open in Dubai in 2021
READ MORE
16 of the best pool passes in Dubai that are fully redeemable
READ MORE
All of the restaurants at West Beach, Palm Jumeirah
READ MORE
MOST POPULAR
8 great deals dads can enjoy this Father's Day in Dubai
Abu Dhabi businesses gear up for Green Pass launch tomorrow
What to do if your ALHOSN app is showing incorrect information
Escape to a beautiful all-inclusive seaside staycation right here in the UAE
You can now do yoga in the sky at The View at The Palm
YOU SHOULD CHECK OUT
Our website uses cookies and other similar technologies to improve our site and your online experience. By continuing to use our website you consent to cookies being used. Read our privacy policy here.