Brekkie dishes that are as pretty as a picture, but do they taste as good as they look?

In an age when taking pictures of food has become the new norm, cafes are trying harder than ever to become the next viral food trend to hit the internet.

One that’s sure to impress your followers is Brunch & Cake, a Barcelona export that’s opened in Dubai’s affluent Jumeria neighbourhood.

It’s said that visitors travel from far and wide to bag coveted table at the original cafe in Spain, with queues out the door every day. The Dubai outpost has apparently drummed up just as much interest, and when we booked, we were advised to come around 11am, to avoid the earlier queues. 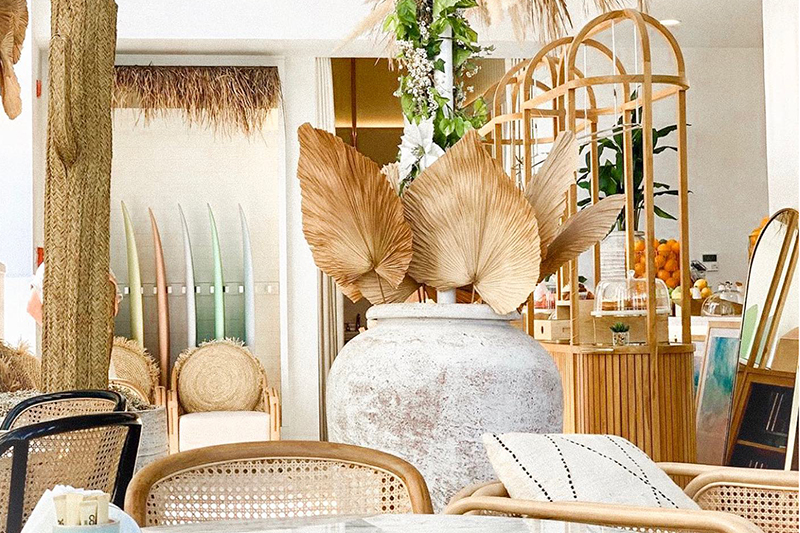 The décor is stunning. Rattan chairs and marble-top tables are surrounded by wicker-woven cacti, golden reeds and large green potted plants, with other tribal-inspired decorations illuminated by light flooding in from the huge floor-to-ceiling windows.

But we were really there to tuck into some of the outrageously Instagrammable dishes that we’d seen dominating its feeds.

The avo toast (from Dhs58) is served on thick-cut olive sourdough, with grated tomato and olive oil and a feta avocado smash, and was just as pretty and delicious as we’d hoped. 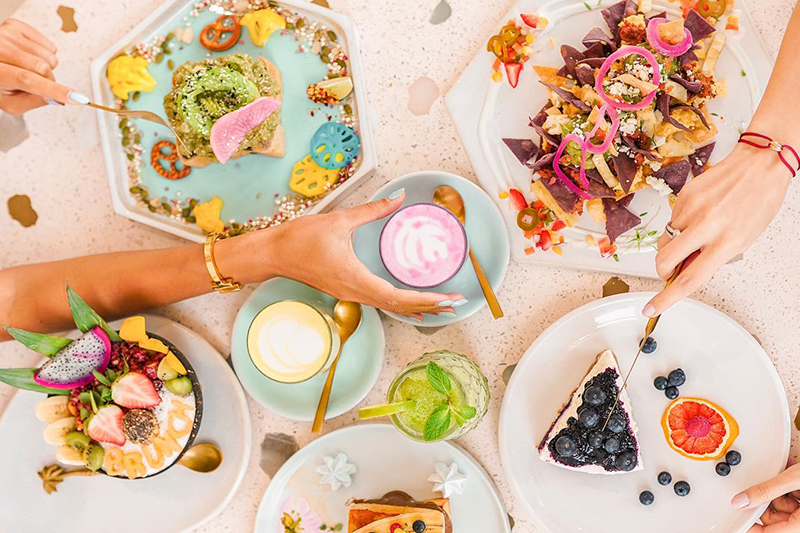 Other highlights on the menu include a breakfast calzone (Dhs68) with a caramelised mushroom sauce and scrambled eggs, and the Brunch & Cake eggs Benedict (Dhs65) – poached eggs served atop charcoal sweetcorn waffles.

The surprise hit was the truffle cream and mushroom pizza (Dhs68), which the staff insisted we try (despite it only being 11am).

It was an excellent pizza indeed, with a puffed up and slightly charred crust and gooey centre – definitely one of the best pizzas we’ve tasted this year, and who doesn’t love pizza for breakfast?

Reviews
EDITOR’S PICKS
13 Sheikh Hamdan-approved restaurants in Dubai
READ MORE
Dubai brunches temporarily banned in new preventative measures
READ MORE
12 upcoming Dubai mega-projects we can't wait for
READ MORE
16 of the best beach bars in Dubai for sundowners
READ MORE
MOST POPULAR
Abu Dhabi restaurants where you can celebrate your love of Spritz
6 great beachside breakfast spots to try in Dubai this weekend
7 great deals to check out in Original Wings & Rings in March
Throwback: Check out these photos of the UAE's first hotel
5 empowering ways to celebrate International Women's Day in Dubai
YOU SHOULD CHECK OUT
Our website uses cookies and other similar technologies to improve our site and your online experience. By continuing to use our website you consent to cookies being used. Read our privacy policy here.