Planning a night out? Why not make it a fun one filled with belly laughter and stitches (the good kind) as The Laughter Factory, the Middle East’s longest-running comedy club, returns with their hilarious trifecta of stand-up comedians from Thursday, March 5.

Here’s who’s headed to the UAE this month… 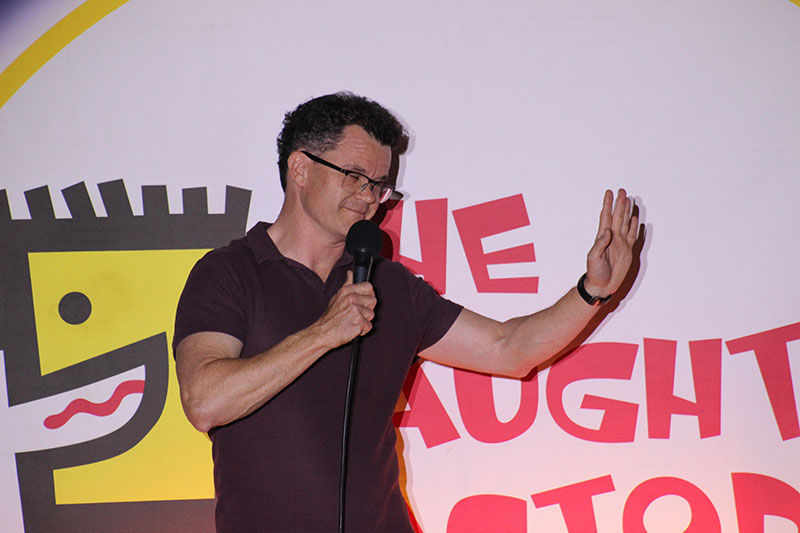 Multi-award winning, Dominic Holland has been a professional comedian for more years than he cares to recall. However, despite multiple appearances on TV shows, a Comic Heritage Award, solo performances at the Edinburgh Festival, the comedian is still out-starred by his eldest son, Tom Hollands aka Spider-Man. The comedian even pokes fun at the matter dubbing his son’s ‘overnight’ success as a fluke in his hilarious book, Eclipsed.  However, the comedian is also a publisher of four other books, a writer for trade journals and household names like Sir David Frost, Bob Monkhouse, and more.

What’s On caught up with Dominic ahead of his show in Dubai. Here’s what he had to say:

Where in the UK are you from? Born, bred and raised in London.

You’ve been in the game so many years. How do you think your act has changed as you’ve aged? My stand up always reflects my life and where I am at any given point. I used to do stuff about nappies and now I do stuff about early onset Alzheimer’s.

You have said you weren’t good academically at school but found comic talent there. Tell us about that? I was average at everything at school but I always knew that I was able to make people laugh. The tricky bit being realising that there is a career to be had in comedy and plucking up the courage to leap off the cliff (or onto the stage, which is probably more frightening than the cliff).

How do you keep on reinventing the enthusiasm (and courage) of your acts? Four kids, three of whom are entirely dependent on me getting on stage is always a good motivator. But also because stand-up comedy and being able to do it, is really a privilege. It is like nothing else in the arts. A film is funny with a few laugh-out-loud moments in two hours – but this is a disastrous ratio for a stand-up comedian. Nothing can rock a room like a stand-up – a whole room united in laughs and being able to such a thing is an honour.

How different are gigs in Dubai to back home? More cosmopolitan I guess and perhaps more collegiate – because they’ve all made the leap to come to Dubai from somewhere else.  But all gigs are essentially the same – just people in rooms. 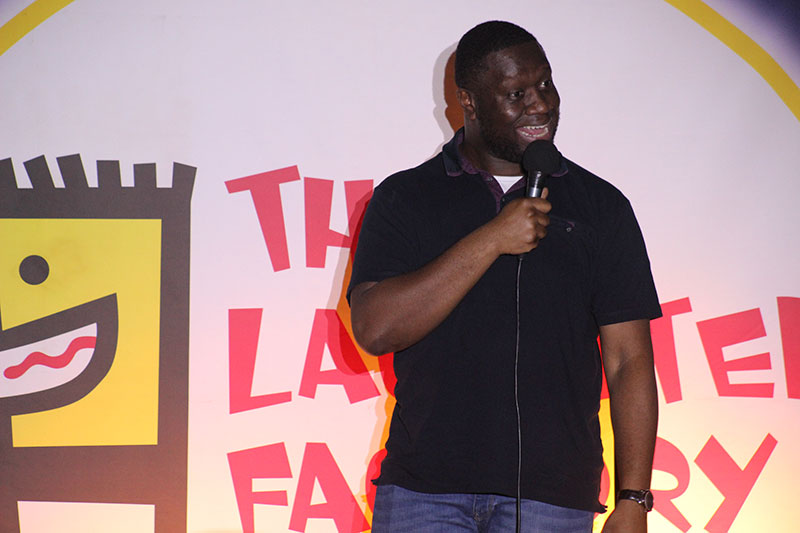 When Funmbi Omotayo hits the stage expect tales of living in Hackney, his Nigerian roots and his hilarious day to day observations. The comedian’s friendly, instantly likable style won him an award for Best Newcomer at the Black Entertainment Comedy Awards which paved the way for more awards such as the prestigious Leicester Square New Act of the Year in 2012. He then became a joint winner of Amused Moose’s Laugh Off Competition in the same year. A relative newcomer to the comedy scene but we sure you won’t be disappointed. Omotayo is also an actor and has appeared in  in Comedy Central At The Comedy Store, Sniggers With Attitude (London Live) and Tramadol Nights (MTV). 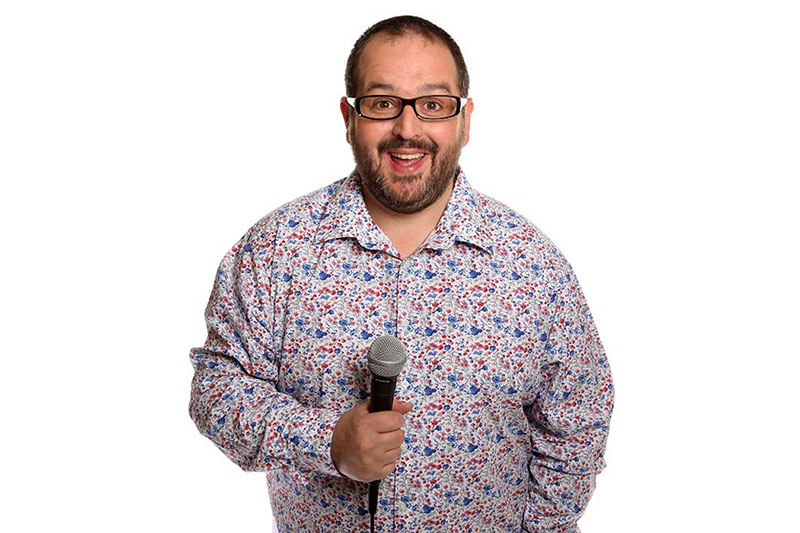 The actor/comedian has had a pretty busy schedule in the past 18 months. He brought back tiger-faced Young Kenny for the record-breaking run of Phoenix Nights Live at The Manchester Arena, told fantastic tales about Australia and Manchester on Live At The Apollo, won The Champion of Champions on BBC 5Live’s Fighting Talk, and appeared as Dean the rival cricketing landlord on Coronation Street. And he still managed to helm his own podcast About 30 Minutes, No More Than 45. Not only has he performed stand up comedy on television, but his comedy has taken him on tour from Australia, Japan, China and the Middle East. On TV, you may have seen the comedian win on Celebrity Mastermind, or on online campaigns for MUTV, O2 and DFS. He’s also pretty active on the radio too.

The dates for The Laughter Factory for the month of March including timings, and locations are below:

Culture
Events
EDITOR’S PICKS
Ramadan in Dubai: 50 iftars to try
READ MORE
Where can Dubai residents travel? Check out these 14 destinations
READ MORE
Rumours, facts and reveals: New Abu Dhabi bars and restaurants
READ MORE
UAE announces reduced working hours for Ramadan 2021
READ MORE
MOST POPULAR
Pics of the week: Your best photos of the UAE
Here's one of the best ways to keep cool this summer
New films to watch in cinemas this week: May 6 to 12
A Disney-themed fountain show is coming to The Pointe, Palm Jumeirah
12 of the best online fashion stores that deliver to Dubai
YOU SHOULD CHECK OUT
Our website uses cookies and other similar technologies to improve our site and your online experience. By continuing to use our website you consent to cookies being used. Read our privacy policy here.