Watch: While we stay indoors, the UAE's wildlife is flourishing

When mankind is away, nature comes out to play…

Staying inside as part of social distancing is a small price to pay for keeping our community safe during the Covid-19 pandemic. But it’s not just the most vulnerable human members of society that are benefitting.

Turns out, self-quarantine is pretty good news for the UAE’s wildlife, too.

Last week we saw a beam of rays (hats off to the collective noun naming committee for that one) return to the still waters of an almost abandoned Dubai Marina and Business Bay.

Several videos of the elegant Oman cownose rays were shared on Twitter by @AzraqME, a non-profit marine conservation organisation.

This angle, captured by Alain, shows just how much they are flourishing.

Cownose rays at Business Bay, Dubai. Thank you to Alain for the video.

And this close-up caught on film by Carlotta Longo, spreads a real ray of positivity.

Beautiful and mesmerizing video of the eagle rays spotted at Dubai Marina with credit to Carlotta Longo pic.twitter.com/AAyimVoToV

There have been reports of gazelles venturing into residential areas of the city. The usually timid beasts able to roam free without fear of interruption by human presence.

And yesterday, we received news that 63 hawksbill turtle nests have been spotted at the Sir Bu Nair Island Reserve in Sharjah. 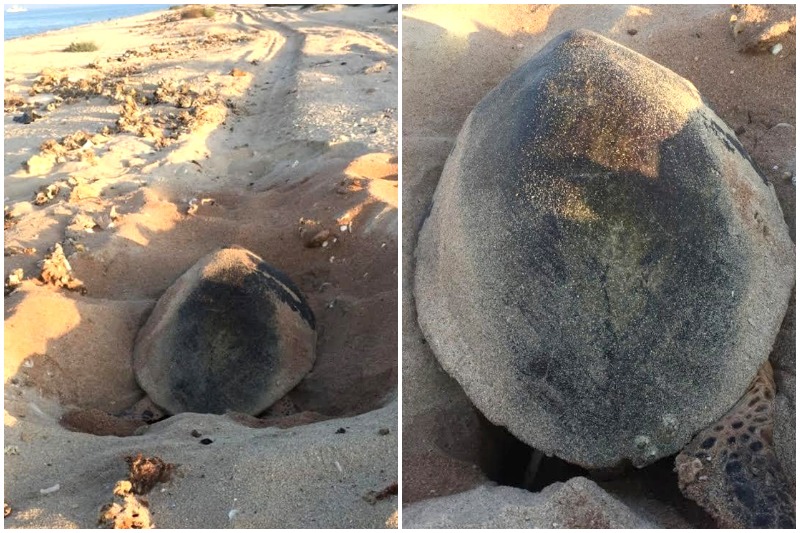 Hana Saif Al Suwaidi, Chairperson of the Environment and Protected Areas Authority, said “The emirate of Sharjah has always been a pioneer in providing protection for endangered animals, particularly as the hawksbill turtles are listed as critically endangered under the International Union for Conservation of Nature’s Red List of Threatened Species.”

Most of the reasons for their endangered status are human-determined factors, as they’re a target for poachers who sell their eggs and meat on the black market.

VIDEO: See 110 turtles released back into the wild at Burj Al Arab
Abu Dhabi to ban all single-use plastic bags by 2021
Abu Dhabi ranked as the 'top Arab city' in the World Happiness Report

Environmental pollution and climate change also play a big role in their precariousness.

So while our isolation might not be most people’s first choice for a weekend pastime, it is giving the natural world a chance to breathe.

The speed with which the reclamation has happened is impressive, and a reminder that while we need the earth to survive, it really doesn’t need us.

Maybe after all this is over, we should refocus on an existence more in balance with nature.