Things to do
TV

Turn your self-isolation into a time of self-education…

They say truth can often be stranger than fiction, so if you truly want some escapism, why not plug into our pick of the seven best documentaries on Netflix right now.

Before you jump right into our suggestions, we recommend viewer discretion for all the below – even the trailers may contain content some viewers might find disturbing.

This wild new crime docu-series is trending hard across the globe right now. And we’ve got a ‘feline’ it’s all down to that “just one more episode” cocktail of mystery, intrigue, charisma and eccentric characters. Zoo owner Joe ‘Exotic’ Maldonado-Passage’s life spirals out of control following some shady dealings and a ‘murder-for-hire’ controversy in the underbelly of the big cat breeding world. Practically guaranteed to leave you all Shere-Khan up. 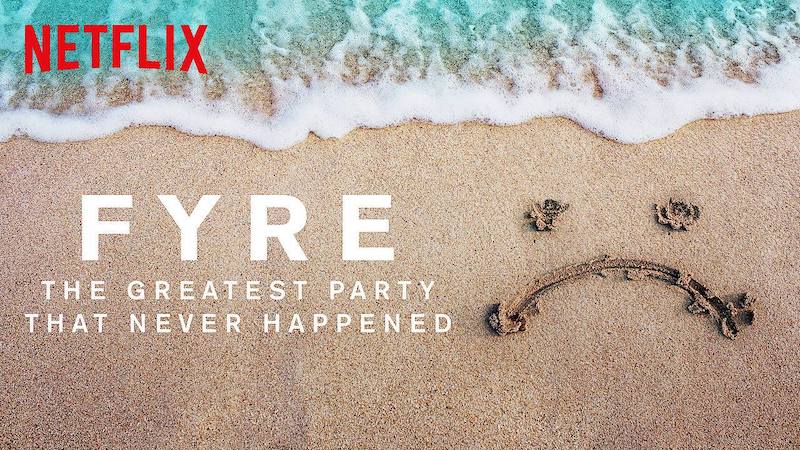 An oldie but a goldie, this is the real-life story of how Billy McFarland sold the world the dream of a party to end all parties, Fyre Festival. Spoiler alert, it doesn’t quite turn out like that. McFarland starts with a solid idea for a super-luxe music festival on a tropical island, promising extravagant lodgings and an A-list line-up of musical talent. Things begin to go wrong almost immediately, and as the big day looms even closer, McFarland starts to make increasingly drastic decisions to ensure the show goes on. It’s the millennial version of the Hans Christian Andersen fable, The Emperor’s New Clothes.

In Salt Fat Acid Heat, chef and food writer Samin Nosrat takes us on a quite literal culinary journey (not the figurative ones restaurants are always promising on their menu). Nosrat explores the romance behind these four basic keys to great cooking, meets gastronomic ambassadors for each of the flavours, and shows us how to make our own homages to them.

A classic ‘did he do it?’ We still don’t know, but we highly recommend googling ‘Staircase: The Owl Theory’ after you’ve watched the series, for some next level ‘jaw-droppery’. Michael Peterson’s wife is found dead at the bottom of a staircase, in some pretty suspicious circumstances. It doesn’t look great for Peterson, who is arrested and subsequently put on trial for her murder. The documentary makers speak to many of the people close to the case, as dark secrets and potential alibis emerge. There is a massive plot twist a few episodes in that we assure you is as good as anything Hollywood has ever come up with.

By contrast, this guy definitely did do it. Back in 2010, a video surfaces online of a disguised man perpetrating some truly shocking acts of animal cruelty. A group of concerned individuals create a community group on social media to help uncover the identity of the person behind the video so, together with the authorities, they can bring him to justice. The team of amateur desktop detectives begin following the trail of breadcrumbs down a rabbit hole of suspense and misdirection. The stakes are raised yet further when it becomes clear that cats might not be his only prey.

Celebrity chef David Chang uncovers the links between some of the world’s most popular dishes, and deep-dives into how you can recreate them at home. Roping in a group of friends that includes some certified culinary wizards, Chang examines the evolution and diversity of taste twists. Pro tip: do not watch if you’re hungry.

Killer Inside: The Mind of Aaron Hernandez

Aaron Hernandez was a young man enjoying a superstar status in America’s NFL. In 2012, Hernandez had just signed a five-year, $40 million contract with the New England Patriots, and he looked set for entry into the footballing hall of fame. But Hernandez found a completely different route to front-page headlines, when he was arrested for murder in 2013. This series delves into Hernandez’s troubled youth, charts the fall of a sporting hero, and asks big questions about the impact of  head injuries in professional and college football.

Things to do
TV
EDITOR’S PICKS
What’s On Nightlife Awards 2021: Here are the nominees...
READ MORE
It's back! What's On Lock In returns to Media One Hotel
READ MORE
Arts and culture: 5 spots we can't wait to visit at Expo 2020 Dubai
READ MORE
UAE petrol prices are set to decrease in September 2021
READ MORE
MOST POPULAR
Abu Dhabi: Wristband no longer required for most home quarantine
As of September 19, PCR test not required to enter Abu Dhabi from UAE
This new family-friendly brunch includes free cinema tickets
Pics of the week: Your best photos of the UAE
How to use Playkey.me, the region's first supercharged cloud gaming service
YOU SHOULD CHECK OUT
Our website uses cookies and other similar technologies to improve our site and your online experience. By continuing to use our website you consent to cookies being used. Read our privacy policy here.