Does this new vegetarian restaurant in Karama live up to the Instagram hype?

The menu holds a treasure trove of Indian dishes and drinks…

Opening in Karama just two months ago, Food Ka Mood could be classified as ‘just another vegetarian Indian restaurant’ among the throng of restaurants in Karama.

But, after seeing images on the ‘Gram and hearing the chatter among local foodies, we decided to head down and check it out for ourselves.

When we arrived, we instantly felt at home in the comfy and warm-hued interiors, with a standout being the very Instagrammable ‘Food Ka Mood’ signage.

Temperatures were taken and we were led to our table and handed a no-frills tri-fold menu.

Instantly, favourites jumped out at us including Mumbai vada pav (a deep-fried potato dumpling inside a bread bun), dosa (a rice crepe-like dish originating from South India) and much more. 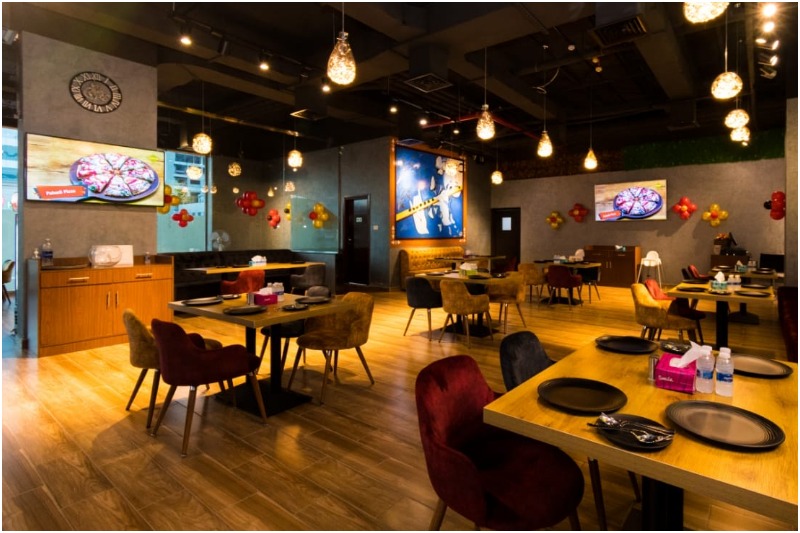 However, we also saw dishes with intriguing names such as ‘red marbles’, and ‘Indiana Jones grill’, which left us wanting to know more.

We stuck with the classics and ordered pav bhaji – a thick vegetable curry made with blended potatoes, onions, carrots and chillies, served with a buttered bun (Dhs24), and a Mumbai sandwich (Dhs12).

For mains, we opted for sizzlers after being tempted by its aroma courtesy of another diner. With four options available, we picked the Food Ka Mood Special (Dhs47), which included rice or noodles, fries, paneer cubes, vegetables and a vegetable cutlet.

To drink, we had a whopping 50 options to choose from, with unique names such as rainbow, tarana, yummy, boom and more. Thankfully, a description was provided.

We placed an order for taal (Dhs16), meaning rhythm, a combination of strawberry and litchi; mogambo (Dhs20), a blend of musk melon, orange, grapes and vanilla; and a classic and refreshing lemon mint (Dhs12).

The pav bhaji arrived and, though tasty, it didn’t transport us back us to Mumbai. The bread disappointed as it was cold when served.

I particularly enjoyed the Mumbai sandwich, but only wish that it was grilled to give it a bit of a crunch. 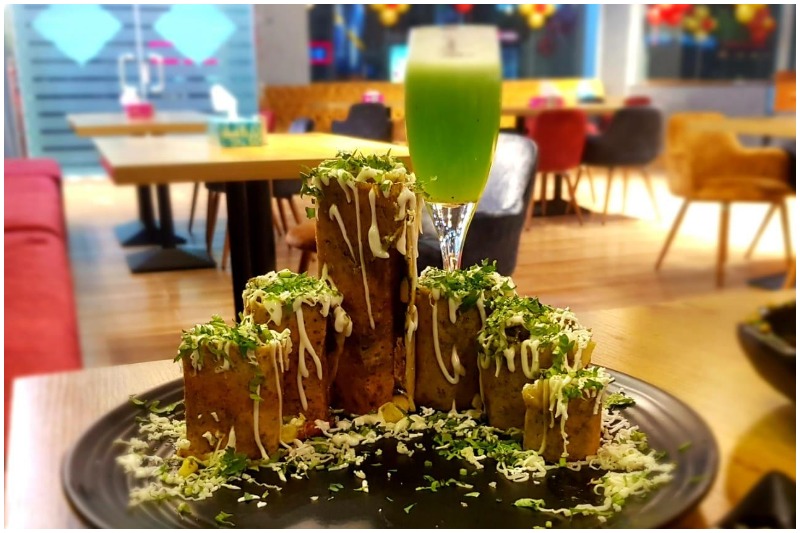 It was somewhere around this time that another Instagrammable dish (pictured above) was being served to another table. Curiosity piqued and we were told that it was a special sada dosa, paying ode to the Burj Khalifa. Of course, we placed an order for one.

We heard the sizzle of our main course heading our way and after snapping a photo for the ‘Gram, our meal was served by our waiter saving us from the hot splutters. 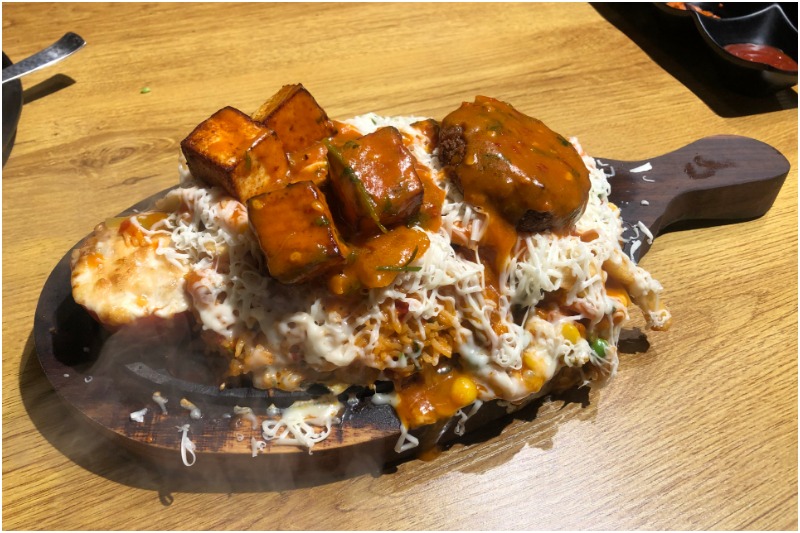 Hidden under the cheesy layer were vegetables, rice and fries, but the portion was a tad much and we were defeated by all the carbs. The cutlet tasted great, but we only wished there was more than just the one.

Our ‘Burj Khalifa’ dosa arrived next, stuffed with vegetables and covered in cheese shavings. Because of the cheese, we found that tasted quite similar to the sizzler we had just had, and it could have had more spicy chutney to add more flavour. 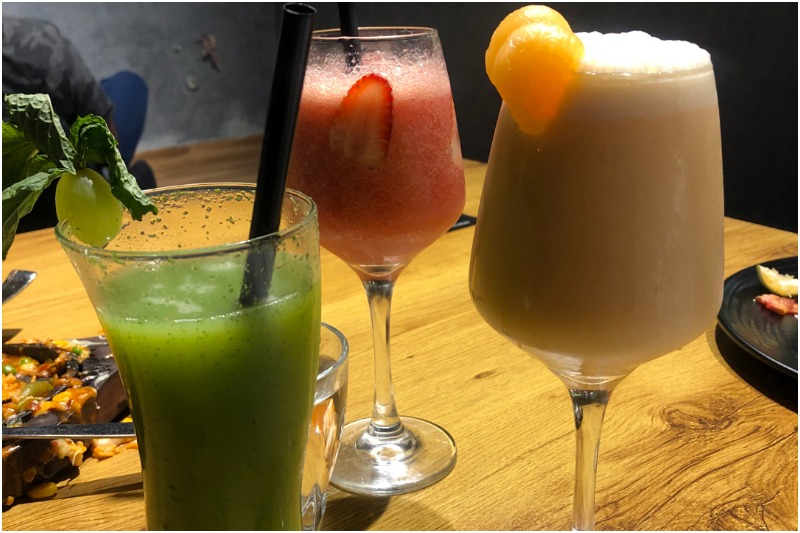 With the sizzling brownie not available for dessert, we contented ourselves with the last drops of our delicious drinks, which were a highlight of the evening.

We left quite contented, but with so many options on the menu and with many bearing unique names, we wished for descriptions or for a waiter well versed with the menu to walk us through it.

However, maybe that’s just the charm this new gem needs to keep guests coming back for more. I know it won’t be my last visit and I may just be courageous and order the ‘red marbles’.

Eat & Drink
Restaurants
Reviews
Things to do
EDITOR’S PICKS
Ain Dubai will open with fireworks, live music and a drone show
READ MORE
Incredible Aura SkyPool to open in Palm Tower this November
READ MORE
Brit Grand Slam hero Emma Raducanu confirmed for Mubadala Tennis
READ MORE
What’s On Nightlife Awards 2021: Here are the nominees...
READ MORE
MOST POPULAR
Why Bagatelle's Halloween event is a nightlife ReDvolution
Dubai 2040: Hatta will be home to sustainable hotels, motels, bicycle tracks and more
Spend your Halloween at SoBe's spooktacular extravaganza
Abu Dhabi: Formula 1 will have a 'full capacity' crowd
So, when is the next UAE public holiday in 2021?
YOU SHOULD CHECK OUT
Our website uses cookies and other similar technologies to improve our site and your online experience. By continuing to use our website you consent to cookies being used. Read our privacy policy here.