7 incredible things to do in Abu Dhabi this weekend

And that’s probably not a bad thing, most of us are ‘over 2020’ — but before 2020 is actually over itself, there’s plenty of time to cram in some life-affirming activities. Let’s start with this weekend

Oktoberfest on the 19th hole

Abu Dhabi Golf Club has now extended their Oktoberfest celebrations until October 30. They’re flexing a line-up of authentic Bavarian festival food including schnitzel and currywurst. There are some pretty decent Deutsche deals on offer too, for Dhs70 you can Munchen one German snack and wash it all down with a hearty stein of traditional European hops. 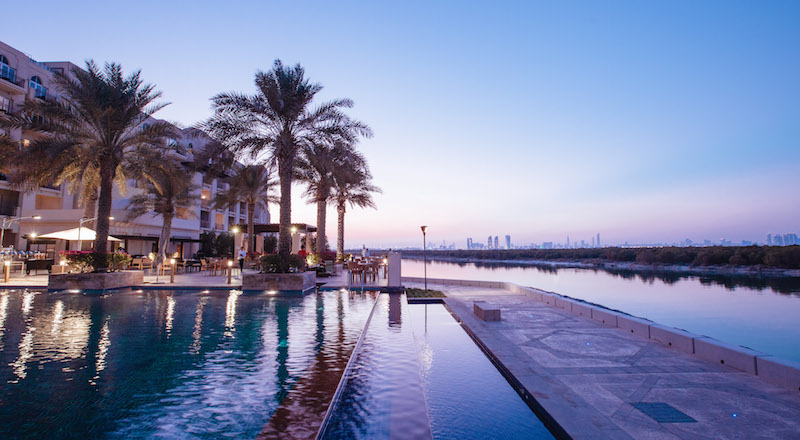 You can hit that breezy weekend tone right from the jump-off with the return of Anantara Eastern Mangroves’ Thursday Barbecue Nights. It all goes down infinity poolside between 7pm and 11pm, with live entertainment and a soothing view over the mangrove hemmed shores of Abu Dhabi’s patchwork islandscape. If you can unplug yourself from the blissful vistas, there’s a collection of live cooking stations offering grilled meats and seafood. There’s a buffet too, with assorted gastronomy from Arabic, Asian, European and Mediterranean culinary traditions. 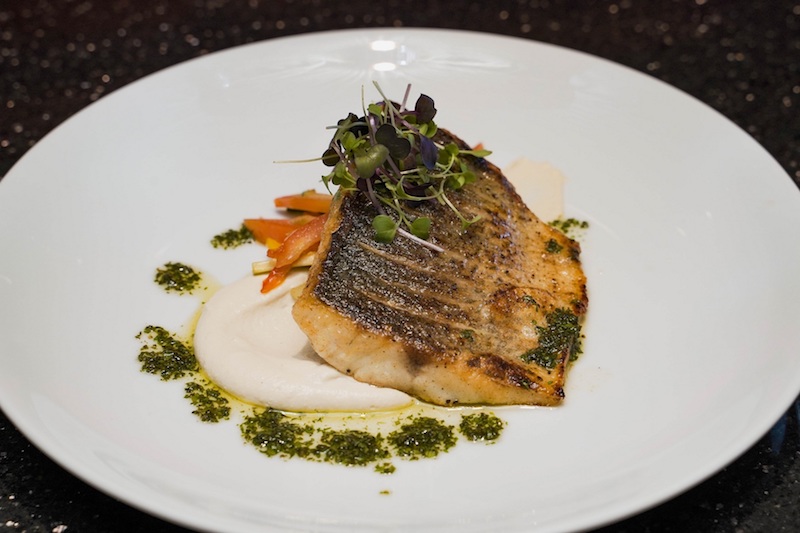 As part of the Abu Dhabi Culinary Season, we were introduced to a round of Chef’s Table experiences available in select fine-dining spots around the capital. The theme was ‘Travel Through Food’ and top chefs in their various kitchens were tasked with creating a five-course menu, showing off the best of a particular region. The deal is now back for part two (of five), and this time 10 of the capital’s favourite restaurants will be creating five courses to reflect the theme ‘Dunes to Oceans’. Eateries signed up for the adventure include Tori No Su, Hoi An, Tamba and Marco Pierre White Steakhouse. And the price remains at a very reasonable Dhs350.

September 15 to October 15. You can find a full list of participating restaurants here: adculinaryseason.ae 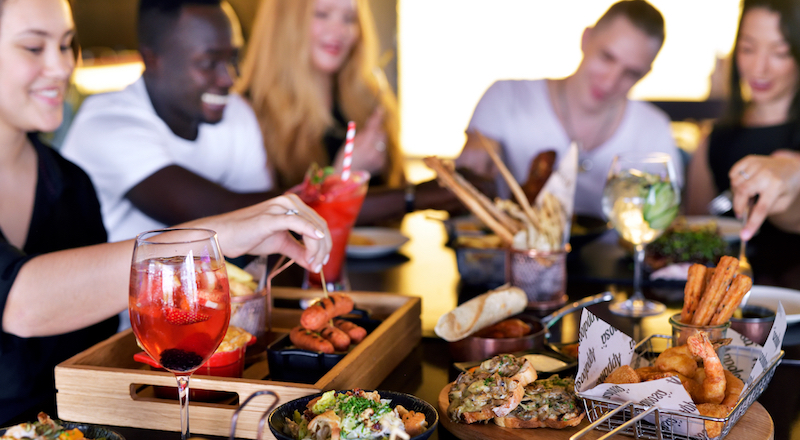 This Friday, October 2, between 12.30pm and 4pm brunch is back on the menu at Marriott Hotel Al Forsan’s smart sports bar, Appaloosa. And with the house package priced at just Dhs249 — it’s mounting a formidable challenge for your attention this weekend. As often happens in the world of sport, they’re changing things up following the break. The brunch will now take place under the concept-heading of a ‘Crackling-ly Good Friday Brunch’. For those that have ‘cracked’ the code already, congrats. As part of the unlimited serving of four courses, there’ll be a special focus on traditional roasted British meats. Perhaps with a certain crunchy garnish.

How the capital got its Mangroove back

Last week we learned that Jubail Mangrove Park would be reopening on October 1, allowing visitors to explore one of this region’s most fascinating natural habitats. We also discovered that the park’s developers had been busy during the period of closure, as there are some exciting new features for visitors to look forward to. There’s a new ranger-led, guided boardwalk (from Dhs50), kayak (Dhs100), and e-canoe tours (from Dhs80) of the mangroves. These excursions will provide an opportunity to learn about this enchanting ecosystem, as well as appreciate its outstanding natural beauty. For the first time, the park’s visitors will also be able to use a stand-up-paddle board to explore the maze of mangrove. The award for most exciting new activity goes to the fact there will be an opportunity to get your hands dirty with a bit of conservation, and plant new mangroves in the on-site nursery.

Only the brest intentions 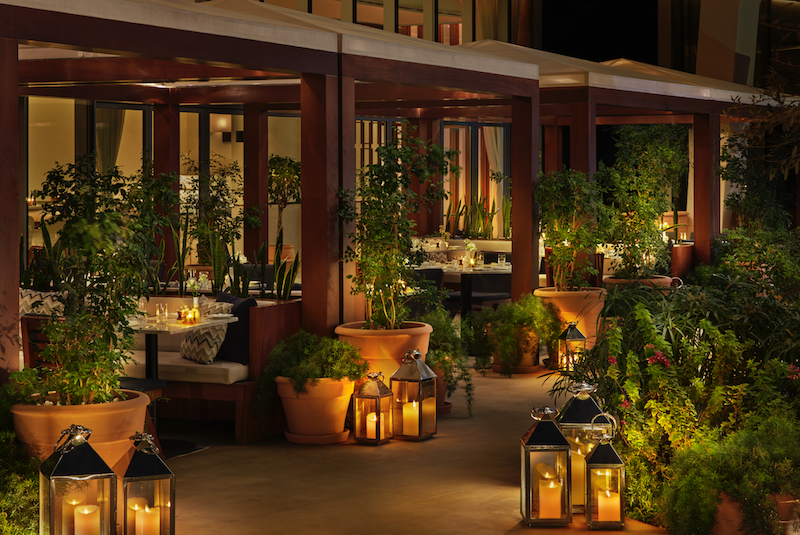 Alba Terrace at The Edition has an outstanding deal for the month of ‘Pinktober’. Get a two hour limitless meal featuring classic Mediterranean dishes such as veal and lamb meatballs, wild mushroom risotto and sea bass fillet — alongside free-flowing bubbles, for just Dhs168. A portion of that will also go to the Al Jalila Foundation for Medical Education and Research to support the Brest Friends program. An organisation that provides education and research on breast cancer in the UAE. as well as financial and emotional support for patients with the condition.

Highway to the Xtreme Zone 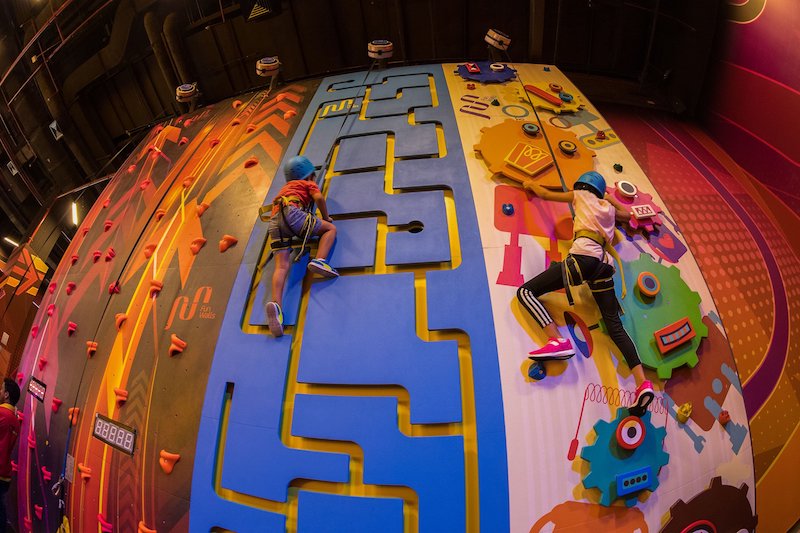 Eat & Drink
Things to do
EDITOR’S PICKS
UAE holiday dates announced for Eid Al Adha
READ MORE
Another update: Emirates extends suspension of flights from India to UAE
READ MORE
Coming soon: Everything we know about Ain Dubai so far
READ MORE
Khorfakkan set to open new tourist attraction 580 metres above sea level
READ MORE
MOST POPULAR
It's Dhs350 to brunch, stay and play at the What's On Lock In this weekend
Abu Dhabi Green list updates: 20 changes to the quarantine free travel list
Barasti revamps its summer tent with stellar daily drinks deals
Enjoy dinner and a show 68 floors high in Dubai
New films to watch in cinemas this week: July 29 to August 4
16 Abu Dhabi pool pass deals that are so hot, they're cool
YOU SHOULD CHECK OUT
Our website uses cookies and other similar technologies to improve our site and your online experience. By continuing to use our website you consent to cookies being used. Read our privacy policy here.