Some things meant for outside are still great when brought indoors, like ski slopes, theme parks and rainforests – all things that Dubai is especially talented at building. Letting residents and visitors rock climb their faces off while simultaneously enjoying air conditioning, well, there are a couple of those, too. 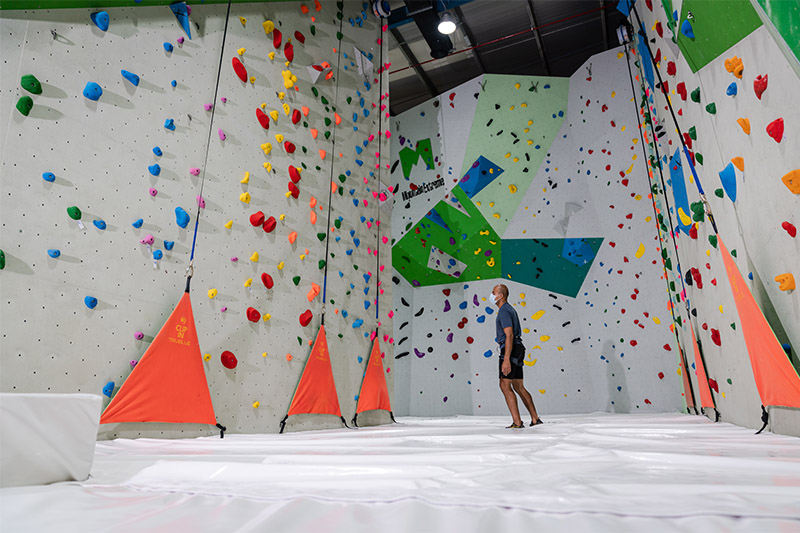 It’s been a labour of love for the team, who’ve spent all year working hard to make the centre a perfect space for its loyal climbing community, while also trying to make it more accessible and friendly for those new to the sport. 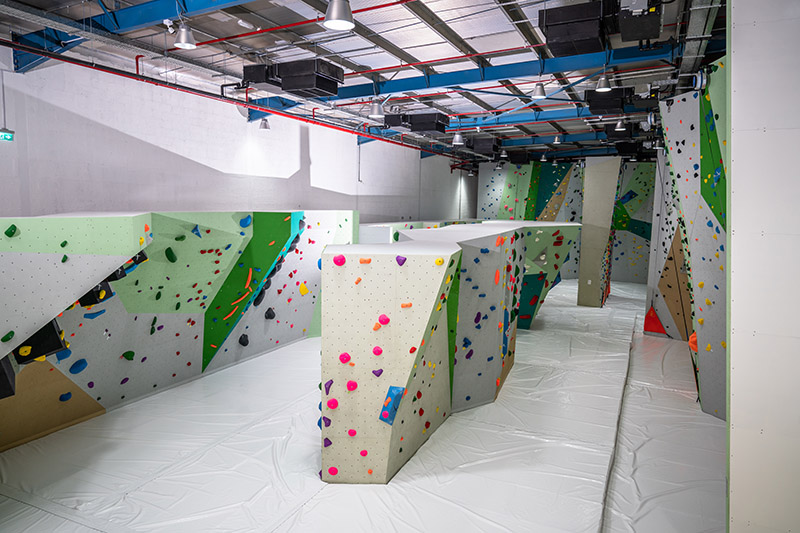 “In our previous centre in Business Bay, much like many centres around the world, you walk into a climbing gym and are immediately confronted with these huge walls. We didn’t want that here,” says James Falchetto of Mountain Extreme. “We wanted to create a spacious, welcoming entrance that felt less intimidating and more inviting.”

Similarly, the Mountain Extreme team wanted to create a facility that was truly world class, using the best holds in the business. “But it’s not enough to have unique holds – you need the right people to assemble the routes, the best people,” explained James. 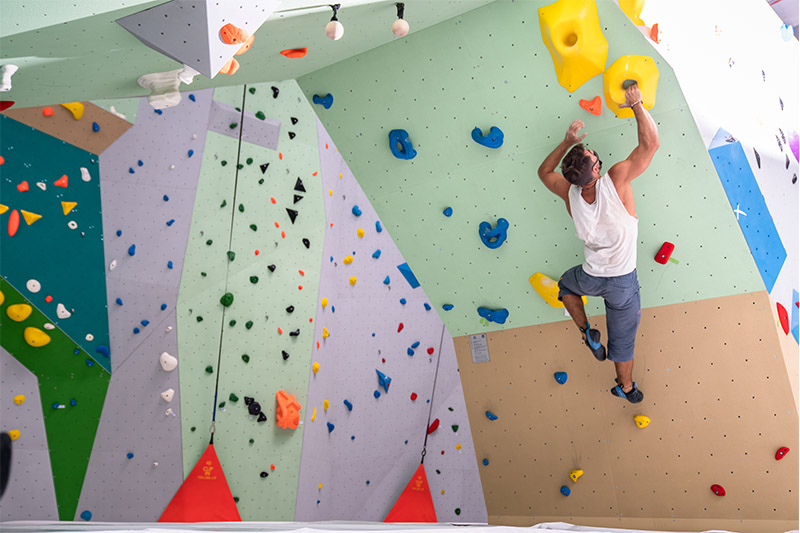 With that, James flew over a couple of World Cup champs to do the job. People like Manu Cornu, the 2019 French Lead Champion and World Cup Winner, and French Bouldering champ Charlotte Andre to create and test new routes for the walls.

When the climbing centre first opens (scheduled for early October), it’ll be exclusive to current Mountain Extreme members. After one month, it’ll then open to the public, where you’ll be able to try out the auto-belay walls and its many many tricky routes, or the rope-free bouldering walls. 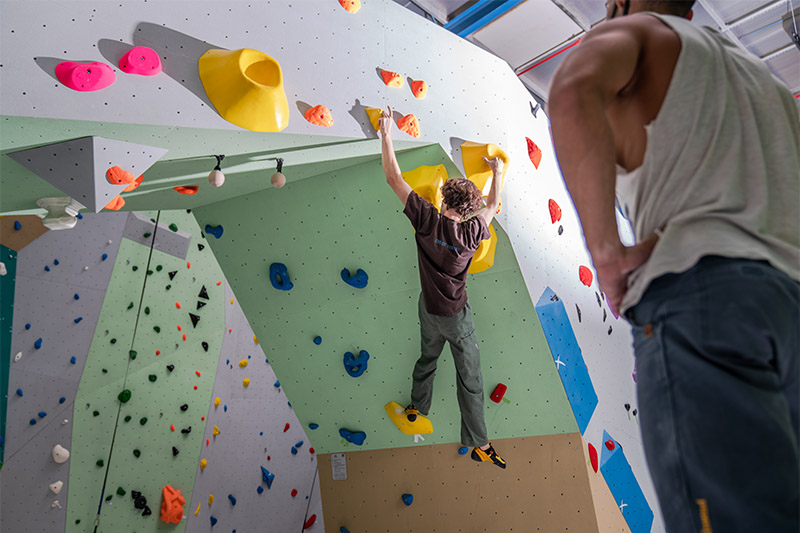 They’ve also got a speciality coffee shop on the Mezzanine floor where you can purchase smoothies, croissants, coffee and more, plus it’s the perfect viewing deck to watch everyone hard at work in the gym below. 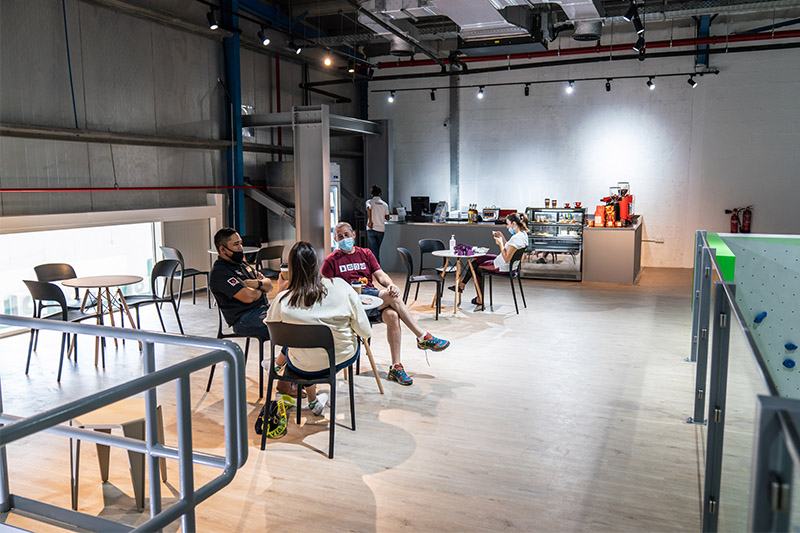 Be warned it’s easy to develop a climbing habit. Talk to a climber and hear about the adrenaline-fueled thrill of solving a puzzle and conquering nature. It could just become your next new obsession…

Membership starts at Dhs650 per month, which allows you unlimited use of the climbing facility, 10 per cent off gear purchase, one guest pass per month, free group belay course, a 1 on 1 coaching session and more.

Indoor
Sport & Fitness
EDITOR’S PICKS
UAE holiday dates announced for Eid Al Adha
READ MORE
Another update: Emirates extends suspension of flights from India to UAE
READ MORE
Coming soon: Everything we know about Ain Dubai so far
READ MORE
Khorfakkan set to open new tourist attraction 580 metres above sea level
READ MORE
MOST POPULAR
A new upscale Chinese restaurant with karaoke is opening in Dubai
Feast on the best unlimited chicken wing deals in Dubai
It's Dhs350 to brunch, stay and play at the What's On Lock In this weekend
6 great things to do in Abu Dhabi this week: July 25 to 28
6 fun things to do in Dubai this week: July 25 to 28
YOU SHOULD CHECK OUT
Our website uses cookies and other similar technologies to improve our site and your online experience. By continuing to use our website you consent to cookies being used. Read our privacy policy here.