Movie guide: New films you can catch in cinemas this week

After several long months without the release of major new movies in cinemas, they are finally being screened in theatres and we hope to see a lot more releasing in the coming weeks.

**Check out your VOX showtimes and book here now**

Here are new movies you can see in UAE cinemas this weekend.

On the run from the CIA, special ops sniper Brandon Beckett and his legendary father take on Russian mercenaries and a yakuza-trained assassin.

Kept locked inside the house by her father, 7-year-old Chloe lives in fear and fascination of the outside world. It’s a place where abnormals are a constant threat – or so she believes. But, when a mysterious stranger offers her a glimpse of what’s really happening, Chloe soon learns that the truth isn’t so simple, but the danger is very real.

Hoping to find the perfect place to live, a couple travel to a suburban neighbourhood in which all the houses look identical. But when they try to leave the labyrinth-like development, each road mysteriously takes them back to where they started. 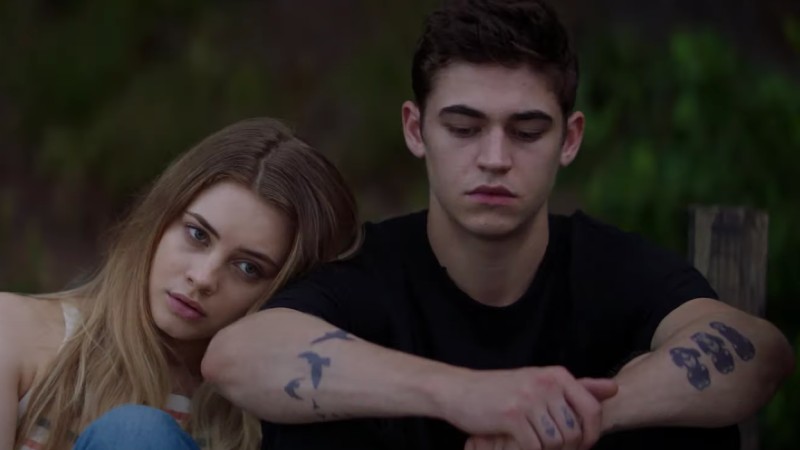 Movie review: Is Tenet a masterpiece or just a waste of time?

Based on the 2014 fiction novel by the same name, After We Collided is an American romantic drama film  and is the sequel to the 2019 film After. This film follows Tessa’s intense breakup with Hardin and its aftermath. Will love overcome the past? After all it’s not that easy to walk away.

A boy runs away to Tokyo and befriends a girl who appears to be able to manipulate the weather.

Culture
Film
Things to do
EDITOR’S PICKS
Ain Dubai will open with fireworks, live music and a drone show
READ MORE
Incredible Aura SkyPool to open in Palm Tower this November
READ MORE
Brit Grand Slam hero Emma Raducanu confirmed for Mubadala Tennis
READ MORE
What’s On Nightlife Awards 2021: Here are the nominees...
READ MORE
MOST POPULAR
Nancy Ajram and Ragheb Alama are performing at Expo 2020 Dubai in November
Miami Beach-inspired luxury resort Th8 Palm is opening in November
Watch your next film under the stars as outdoor cinemas return to Dubai
This new ladies' night offers a free open bar every Tuesday
This Sicilian rooftop party brings Godfather glamour to Dubai
YOU SHOULD CHECK OUT
Our website uses cookies and other similar technologies to improve our site and your online experience. By continuing to use our website you consent to cookies being used. Read our privacy policy here.