Where to get the new Apple Watch, iPad and the latest iPhone rumours

Could the new iPhone announcement be just around the corner…

Around this time, every year, the tech-inclined amongst begin to feel a tingling in their thumbs.

Early in September, the Godfather of gadgets and CEO of Apple, Tim Cook begins a journey that takes him from his Silicon Valley Grotto to the headlines of virtually every publication across the world.

This year, because of the impact of the global pandemic on manufacturing, supply chain logistics and think tank boffinry – the announcement regarding the release of the new iPhones has been delayed.

Leaks and rumours suggest that a definitive communication on the launch date, price, specs and colours (see below for most up-to-date whispers) of the covetous handsets is likely to come in October. So we, along with the rest of the world, wait with the same frenetic energy as a shaky iOS app just before you delete it.

We did get some good news from Apple this month, though. New operating system updates, Apple Watches and iPads all with traditionally slick upgraded features.

What’s the deal with the new Apple Watches? 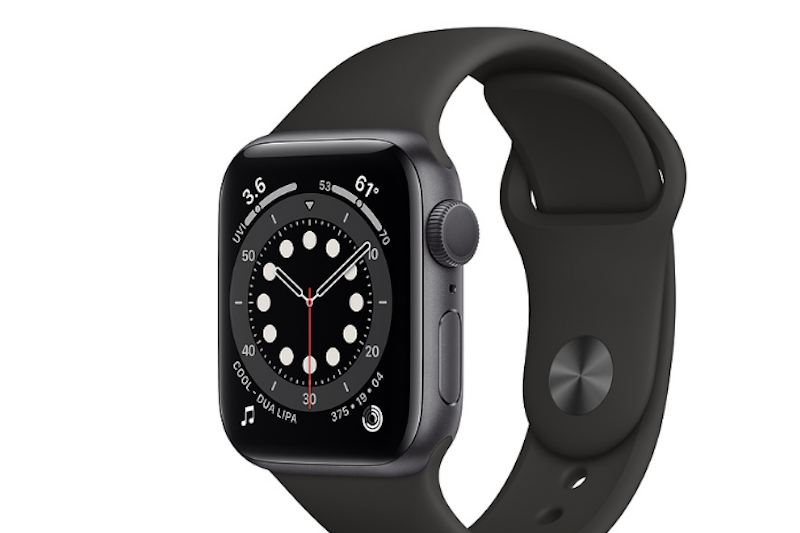 Apple announced that it would be launching two new versions of its smartwatch range, at a special event on September 15. The units went on sale in the UAE on September 18 and are now available to buy in retailers across the country.

The Apple Watch Series 6 has a starting price of around Dhs1,599 for the 40mm model, and Dhs1,719 for the larger 44mm screen. The UAE Apple Store actually had the best prices we could find for the units.

Series 6 new features include a blood oxygen sensor and app; new case finishes and colours to choose from; a faster S6 System in Package (SiP); a next-generation always-on altimeter (for those obsessed with measuring their steps); and there’s an ‘Always-On Retina’ display (not on the SE model) that’s two and a half times brighter than the Series 5. 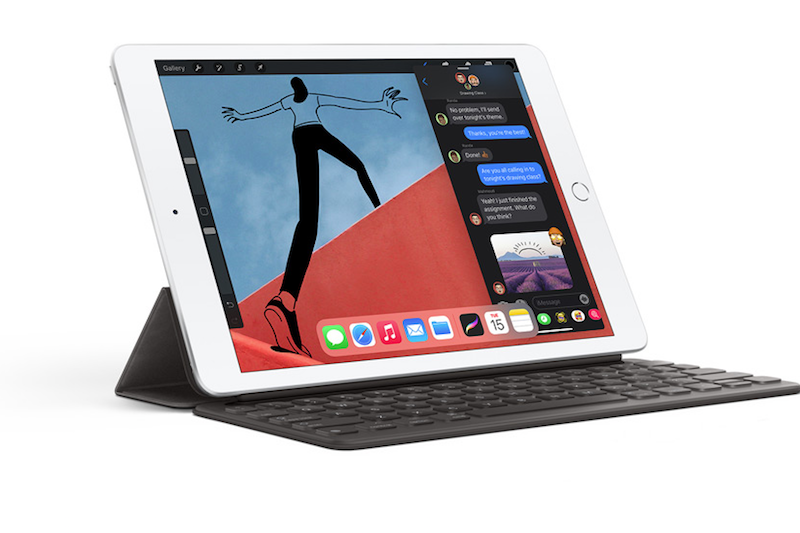 There are a few different iPad variations available now, the classic iPad, iPad Mini, iPad Pro and an iPad Air (available as of October). This September we were introduced to the eighth generation of the classic iPad – the iPad 10.2.

Available from Dhs1,349 for the 32GB version, and from Dhs1,719 for the 128GB model, the best prices we found were again on the online Apple store.

So why should you part with ‘a grand and a half’ of your hard-earned cash for this new device? Well, all cards on the table – there is only one significant difference to the 2020 hardware, and that’s an upgraded A12 Bionic processor with Neural Engine.

And if that all sounds a bit Tony Stark, well it’s probably just as well. Apple claims that their A12 Bionic chip enables 40 per cent faster CPU performance, with double the graphics capability. In a processing power drag-race that clocks the new iPad in at literally twice as fast as the top-selling Windows laptop and almost unbelievably, three times faster than the most popular Android tablet.

The Neural Engine concerns the device’s machine learning capabilities – aspects which will only become more important as technology develops. This new iPad is bringing people occlusion and AR motion tracking to the yard.

What we know about the new iPhone

We know the new iPad Air is coming at some point in October. And although we’re not even certain of the name (most pundits are putting their money on the iPhone 12), we have good reason to suspect (from leaks) that the new iPhone will drop sometime in the first half of October. Probably.

So it would make sense that they’re announced and released together.

Fairly credible leaks have also given us insight into the specifications (they’re likely to be 15 per cent faster than the previous gen) and new features (for example Air Drop upgrades, 5G compatibility, BIG updates to the camera — LiDAR, a la iPad PRO, enhanced 3D, 4K capture at 240FPS) of the new phones and the model variations. According to a feature in MacWorld, we’re likely to see the following unit types:

Yep, if the rumours are true we could see the first-ever iPhone mini, 16 years after the iPod mini was launched. And bizarrely, despite being smaller, the mini might not necessarily be cheaper than the standard model, at least – that’s the case with iPads.

How much might the new iPhone cost in the UAE?

You’ll have to wait until the actual announcement for the final confirmed prices, but looking at the launch costs of the 2019 models could give us some clues. It would be sensible to assume that there will be a slight increase on each of the below.

At launch the iPhone 11 was available in 64GB, 128GB and 256GB sizes with prices starting from Dhs2,949. It’s available in six colour ways: purple, green, yellow, black, white and red.

Culture
News
Shopping
Tech
EDITOR’S PICKS
Ain Dubai will open with fireworks, live music and a drone show
READ MORE
Incredible Aura SkyPool to open in Palm Tower this November
READ MORE
Brit Grand Slam hero Emma Raducanu confirmed for Mubadala Tennis
READ MORE
What’s On Nightlife Awards 2021: Here are the nominees...
READ MORE
MOST POPULAR
Celebrate creativity at City Walk during this three-weekend event
This Heinz Beck brunch at Waldorf Astoria just got an upgrade
10 brilliant things to do in Abu Dhabi this long weekend: Oct 21 to 23
Experience Arabesque elegance at Asil's Saturday lunch
If there's one place to be this Halloween, it's Warehouse
YOU SHOULD CHECK OUT
Our website uses cookies and other similar technologies to improve our site and your online experience. By continuing to use our website you consent to cookies being used. Read our privacy policy here.