Events
News
Things to do

If you’ve missed the fireworks that used to take place in Dubai every so often, we have banging news for you, as there’s a firework display taking place this week, on Thursday September 24.

The fireworks will be part of the IMAGINE show that is making a comeback after a six-month break during which the  state-of-the-art show has undergone some refurbishments.

The show and the celebratory fireworks will take place at the Festival Bay at Dubai Festival City Mall at 9pm. 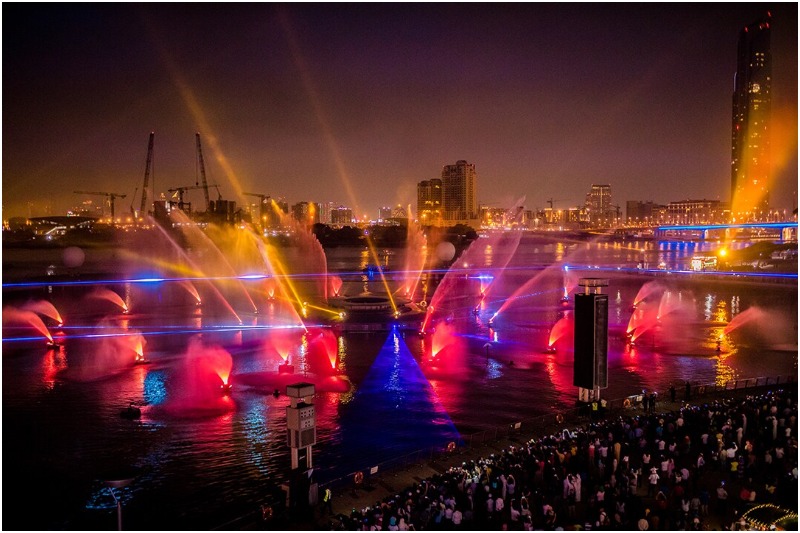 If you have little ones, be sure to bring them along to catch the show as they will be unveiling a new exclusive ‘Baby Shark’ medley.

The cool immersive show is back just in time to help celebrate the Dubai Home Festival which is running from Thursday September 24 to Saturday October 10.

Now in its second season, the festival celebrates the emirate’s unique furniture scene.

Expect great discounts from leading brands, raffles, special events across the city, workshops, and much more. So, if you’ve been meaning to redecorate, now’s the time to get all that shopping done.

The festival as mentioned begins on September 24, so head on over to Dubai Festival City Mall on opening night to get a bit of shopping done before the record-breaking visual and sensory extravaganza takes place.

Remember that malls in Dubai are adhering to the latest guidelines by the UAE government and strict safety rules are in place. Don’t forget your masks and remember to keep your distance while you enjoy the skies light up.

Events
News
Things to do
EDITOR’S PICKS
What’s On Nightlife Awards 2021: Here are the nominees...
READ MORE
It's back! What's On Lock In returns to Media One Hotel
READ MORE
Arts and culture: 5 spots we can't wait to visit at Expo 2020 Dubai
READ MORE
UAE petrol prices are set to decrease in September 2021
READ MORE
MOST POPULAR
7 awesome things to do in Abu Dhabi this weekend: Sep 23 to 25
10 awesome things to do in Dubai this weekend: September 23 to 25
White Dubai to reopen as a dining and entertainment lounge
Review: The special 20 year anniversary menu at Hakkasan Abu Dhabi
See Andrea Bocelli perform live when he returns to Dubai in November
YOU SHOULD CHECK OUT
Our website uses cookies and other similar technologies to improve our site and your online experience. By continuing to use our website you consent to cookies being used. Read our privacy policy here.