7 amazing things to do in Abu Dhabi this weekend

There’s a world of amazing open to you this weekend…

Thanks for tuning into our weekly pick of weekend adventures, this is what needs to go in your diary over the next few days.

1. Catch all the big screen’s big action this weekend

At the cinema this week (actual) original gangster, Robert De Niro stars in The War with Grandpa, a comedy which pits an ageing family patriarch (De Niro) against his grandson, after they’re forced to share a room with ‘insufficient room for activities’. Greenland, an apocalyptic look at what a meteor strike (and the climax of 2020) might be like starring Gerard Butler and Morena Baccarin. And Unhinged, where Russel Crowe experiences a bout of severe road rage, and can’t quite ‘let it go’. 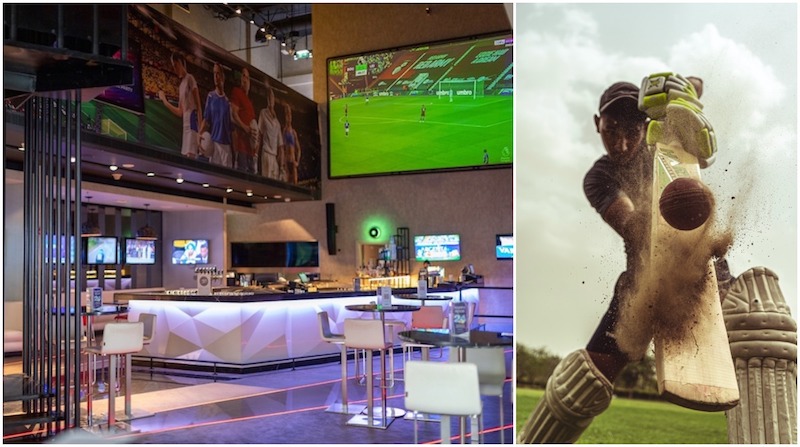 For the duration of the IPL season, Velocity Sports Bar, located in the Marriott Hotel Downtown Abu Dhabi is banging drink and snack deals for six. Thursday’s match sees Sunrisers Hydrabad take on Kings XI Punjab. The venue will be fielding all the big match action on its huge screen, and you can catch select matchday drinks from just Dhs24 with their 3pm until close happy hour. During the games, there’s also 20 per-cent off the non-happy hour beverages. And over the course of IPL 2020’s six weeks, a special Indian snack menu will be available. 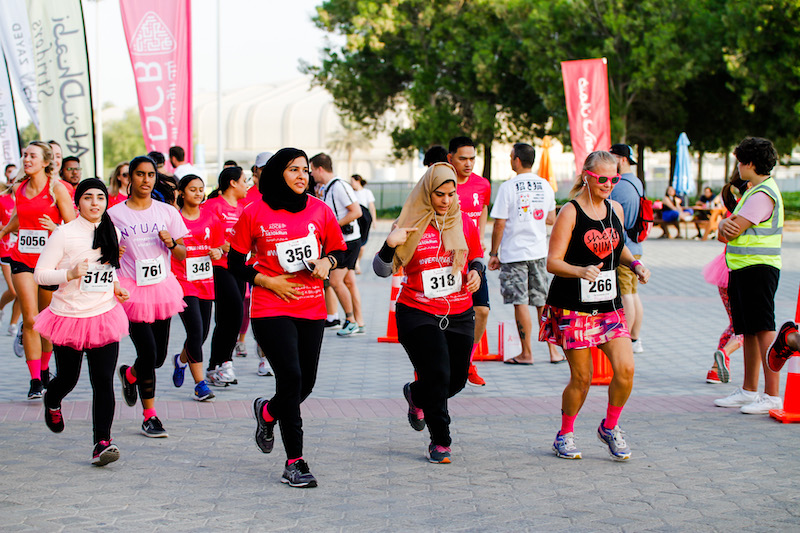 Since its inception in 2012, the annual Zayed Sports City Pink Run has raised over Dhs350,000 for Pinktober causes. It’s the largest charitable running event in the UAE and attracted just shy of 2,000 runners last year. Despite some changes this year, required for public safety amid a pandemic, the core spirit of what it’s all about still burns as brightly. Participants in the run, which is operated in partnership with the Al Jalila Foundation and Brest Friends, will pull their running shoes on for a socially distanced run and, whilst we all know it’s not the main motivation, it’s still nice to receive the commemorative t-shirt and medal. And if you’re still steering clear of crowds altogether, there’s a virtual 1K-a-day Pink Run that you can sign up for and track on the link below too (Dhs90). 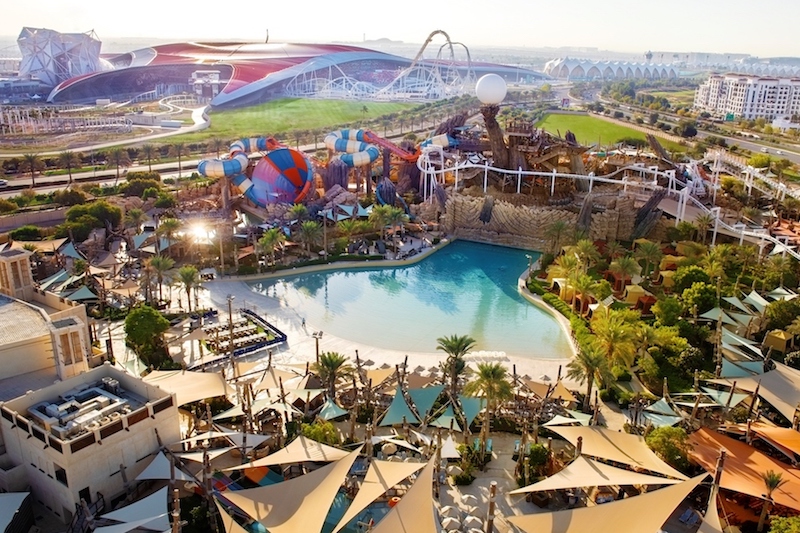 Yas Waterworld is bringing back its popular themed Kabayan Nights. Because there ain’t no party like a Pinoy pool party. It’s a fully filipino fiesta set in the poolscape of the capital’s favourite waterpark, just Dhs75 to get in and the wild times rage from 6pm to 11pm. This month Kabayan Nights will take place Friday October 9. In addition to all the fun of the park’s rides and attractions, sanitised headsets will be handed out so visitors can enjoy a silent disco, the Splash Squad will be putting on a specially choreographed performance, alongside a selection of authentic Filipino dishes to dive into. 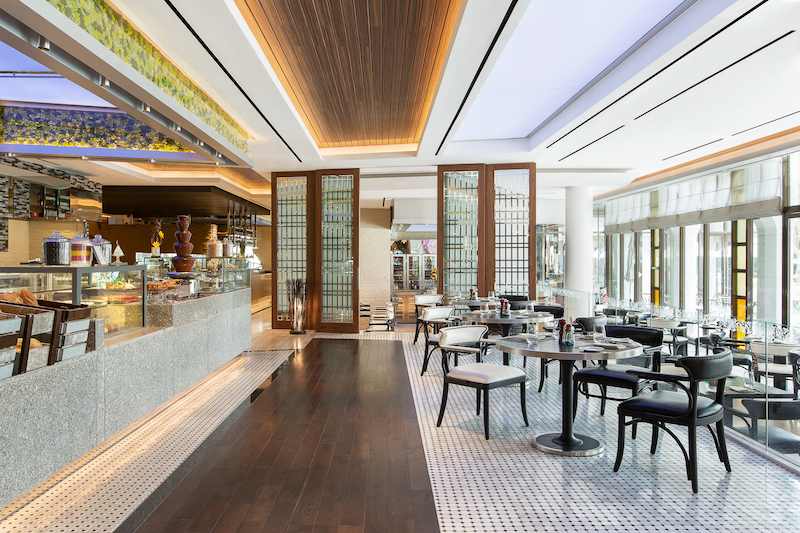 Le Meridien Abu Dhabi’s Latest Recipe Friday brunch is turning a dashing shade of pink for Breast Cancer Awareness month. Despite offering packages from just Dhs119 (for the soft option), there’ll be weekly donations to the cause. Pile up your plate from the live cooking stations and graze the special Pinktober selection, in what is an undoubtedly worthy commitment to ethical brunching.

6. An evening feast from the east 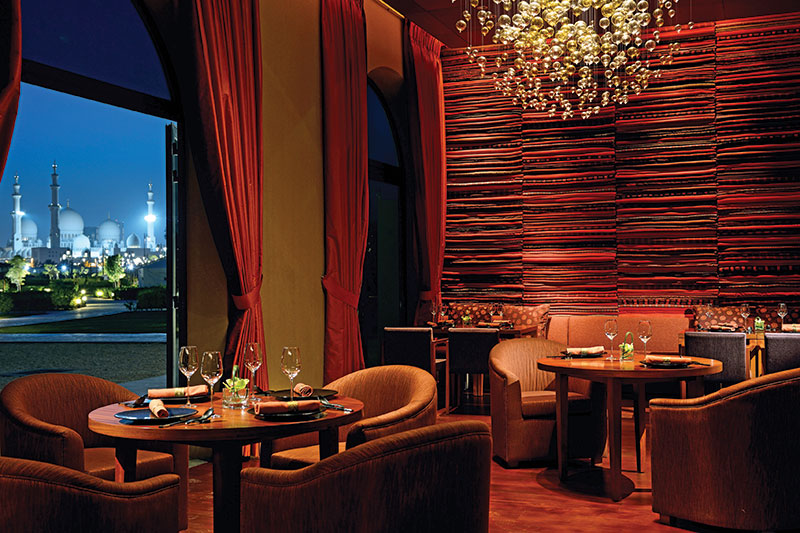 Head to Li Jiang for a very special sort of brunch. Chef Chung has selected a line-up of the very best Southeast Asia street-vendor flavours, including Korean Barbecue, sushi and fried noodles. There’s also a range of exotic, Asian-inspired drinks.

7. Harry Potter and the garden theatrics 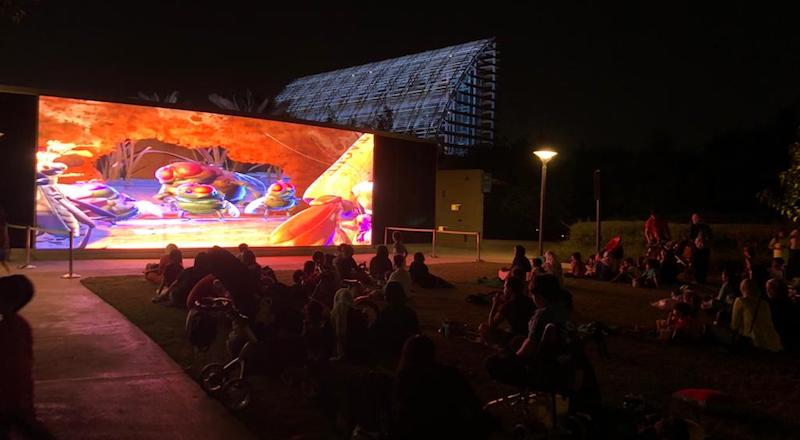 The 2020 winter season Umm Al Emarat Park’s Cinema in the Park begins this weekend and with evening temperatures now mild and balmy it’s come at the perfect time. On Thursday you can catch modern animated classics, Small Foot (6.30pm) and Moana (8.30pm). Friday’s night line up includes Pete’s Dragon (6.30pm) alongside Harry Potter and the Chamber of Secrets (8.30pm). And it’s Zootopia (6.30pm) and Cinderella (8.30pm) on Saturday.

Culture
Eat & Drink
Things to do
EDITOR’S PICKS
Ain Dubai will open with fireworks, live music and a drone show
READ MORE
Incredible Aura SkyPool to open in Palm Tower this November
READ MORE
Brit Grand Slam hero Emma Raducanu confirmed for Mubadala Tennis
READ MORE
What’s On Nightlife Awards 2021: Here are the nominees...
READ MORE
MOST POPULAR
The most up to date information for entering Abu Dhabi: Oct 2021
First look: Instagram breaking 2D cafe, Forever Rose opens in Yas Mall
Emirates warns passengers to arrive early to DXB airport this weekend
Pics of the week: Your best photos of the UAE
Take a look inside the brand new Madame Tussauds Dubai
YOU SHOULD CHECK OUT
Our website uses cookies and other similar technologies to improve our site and your online experience. By continuing to use our website you consent to cookies being used. Read our privacy policy here.