If you are a fan of the golden oldies and love the good ol’ classics, this is one show you don’t want to miss. London based music group, Massaoke will be making its debut in Dubai next month and they will be performing some of the world’s favourite songs live on stage.

The socially distanced live music singalong titled ‘Sing the Musical’ is a brand-new multi-media extravaganza designed especially for UAE audiences by Broadway Entertainment Group and Massaoke. There will be three shows taking place on November 26 and 27 and ticket prices start from just Dhs175.

The award-winning live music spectacular has wowed audiences in London, Glastonbury, Edinburgh, Adelaide and New York, so it’s one you don’t want to miss.

On the night, expect to sing along with the band to some of the world’s favourite songs played live on stage. You won’t even have to google the lyrics on your phones as it will be projected on a screen, so you can sing along to your heart’s content without missing a beat.

Expect to sing along to some of the greatest hits such as Mamma Mia!, The Greatest Showman, Grease, Frozen, Dirty Dancing, Les Misérables, We Will Rock You, Phantom of the Opera, The Sound of Music, Mary Poppins, Hamilton and many more. 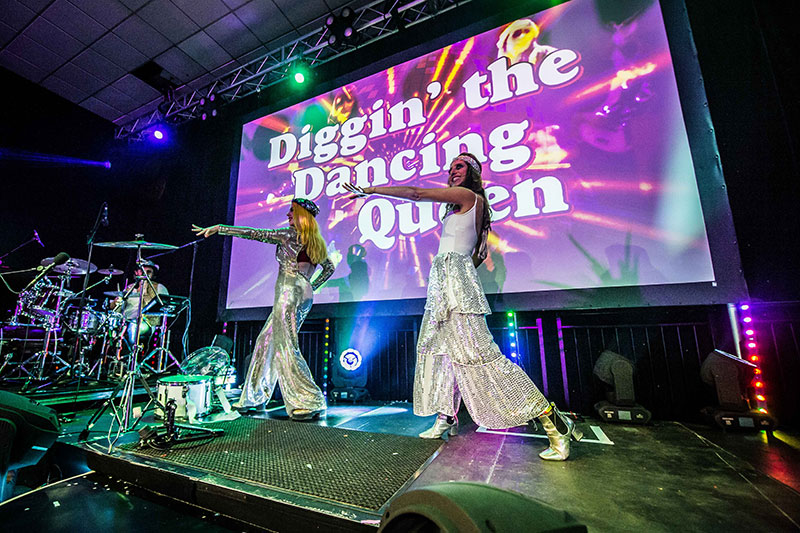 The show is suitable for the whole family, so bring the little ones along, too.

There’s one performance taking place on Thursday November 26 at 8pm and on Friday November 27, there are two shows, one at 4pm and the second at 8pm.

Tickets are already on sale here. Going with a big group, call 04 457 3212 to get some cool discounts on your tickets.

All safety measures will be adhered to during the event in line with Dubai Tourism, so there will be social distancing in place, temperature checks and more.

Culture
Theatre
Things to do
EDITOR’S PICKS
Ain Dubai will open with fireworks, live music and a drone show
READ MORE
Incredible Aura SkyPool to open in Palm Tower this November
READ MORE
Brit Grand Slam hero Emma Raducanu confirmed for Mubadala Tennis
READ MORE
What’s On Nightlife Awards 2021: Here are the nominees...
READ MORE
MOST POPULAR
Win! Tickets to the UAE Vine Festival worth Dhs1,190
10 wine tasting experiences to look out for at the UAE Vine Festival
Nancy Ajram and Ragheb Alama are performing at Expo 2020 Dubai in November
Miami Beach-inspired luxury resort Th8 Palm is opening in November
Watch your next film under the stars as outdoor cinemas return to Dubai
YOU SHOULD CHECK OUT
Our website uses cookies and other similar technologies to improve our site and your online experience. By continuing to use our website you consent to cookies being used. Read our privacy policy here.