4 new Guinness World Records have been added to UAE's list

Guinness World Records Day 2020. Yes, it’s an actual day and is an annual celebration of record-breaking, a day which sees thousands of people around the world come together with one common goal, to become a titleholder. And this year, four new recording-breaking achievements were added to UAE’s name.

The digital event this year lasted 24 hours and celebrated the creativity, dedication, and passion of people around the world following a year of lockdown and restrictions.

Many records were broken around the world from China to USA, UK, Japan and more, and from the UAE, three emiratis –  Omeir Saeed Omeir Yousef Almheiri, Dr. Khawla AlRomaithi and Meera Al Hosani bought home four titles and were declared ‘Officially Amazing’.

Here’s what won them the GWR.

Almheiri managed to break not one, but two GWR titles for ‘Farthest wakeboard ramp jump (male)’ and ‘Most wakeboard rail airs (supermans) in 30 seconds’. 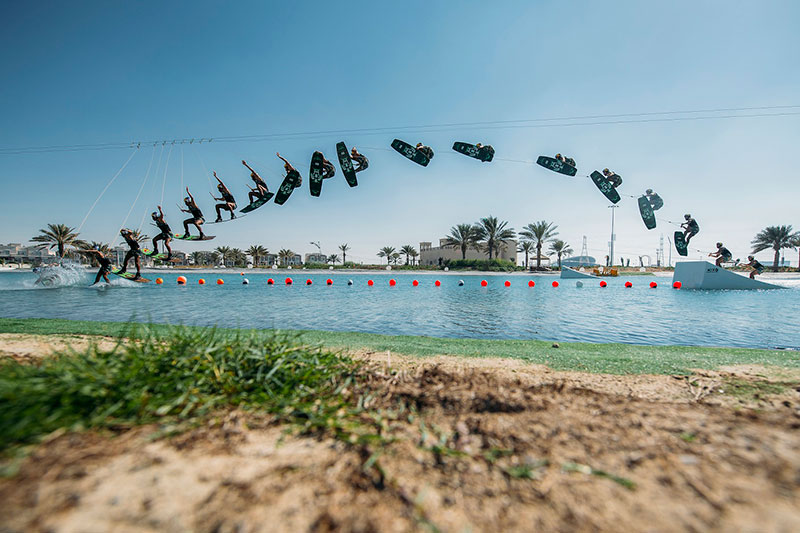 A self-proclaimed wakeboarding junkie, Almheiri achieved an impressive 21m jump, smashing the previous record that stood at 15 meters set by Jérôme Macquart from France back in 2004.

On the same day, he also gained another GWR title when he managed to beat the previous record, also by MacQuart, by achieving a total of 10 wakeboard rail airs in 30 seconds. He doubled MacQuart’s record which was set back in 2005.

Almheiri stated that there is a shared responsibility in inspiring the younger generation and sharing passion and went on to say that having the ‘global recognition in hand makes him proud as an Emirati’. 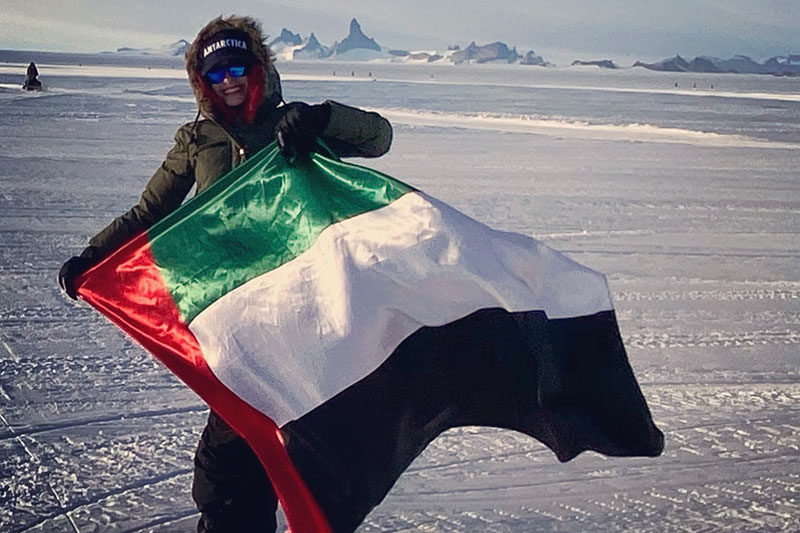 She beat the previous record of 3 days, 20 hours, 4 minutes, and 19 seconds held by Kasey Stewart and Julie Berry (both USA) in December 2017. Wow.

Driven by the love of her little one Latifa, Meera Al Hosani used a whopping 1,447 socks to write the word ‘Happiness’ in Arabic, creating the world’s largest sock word.

Why socks? Well, Meera chose socks because they are usually used to show your support by signifying the extra chromosome that people with Down Syndrome usually carry.

Meera commented that this was a ‘great way to help raise awareness about these amazing cheerful individuals.’ and that she ‘cannot be more thankful to be recognised as a Guinness World Records title holder, and contribute to sending this message of hope from the UAE.”

The four new GWR titles add to the UAE pretty extensive list bringing it to a total of 425.

Culture
EDITOR’S PICKS
UAE holiday dates announced for Eid Al Adha
READ MORE
Emirates extends suspension of flights from India to UAE again
READ MORE
Coming soon: Everything we know about Ain Dubai so far
READ MORE
Khorfakkan set to open new tourist attraction 580 metres above sea level
READ MORE
MOST POPULAR
A completely spoiler-free movie review of The Suicide Squad
Review: It's chilled vibes all the way at Jumeirah Islands Clubhouse
Review: Carna Dubai, a vibrant steakhouse 74-storeys high
Pics of the week: Your best photos of the UAE
New films to watch in cinemas this week: August 5 to 11
YOU SHOULD CHECK OUT
Our website uses cookies and other similar technologies to improve our site and your online experience. By continuing to use our website you consent to cookies being used. Read our privacy policy here.