A fun Santa Run is taking place in Dubai in December

Time to get your cheer on!

If you’re near the Dubai Festival City’s Marsa Creek area on Friday December 11 and happen to see a couple hundred Santa’s out for a run – don’t worry, you’re not seeing things. What you’re actually witnessing is a ‘Santa Run’.

Now in its third edition, the fun run is hosted by Dubai Festival City and it’s open for all ages and abilities.

Want to join in the fun? Here are the details…

There are two distances: 2.5km and 5km, so have your pick depending on your stamina.

The run starts at 8am on December 11 and will cover the Promenade and Marsa Plaza. The doors will open at 6.30am though in case you want to get some stretching done before the run. 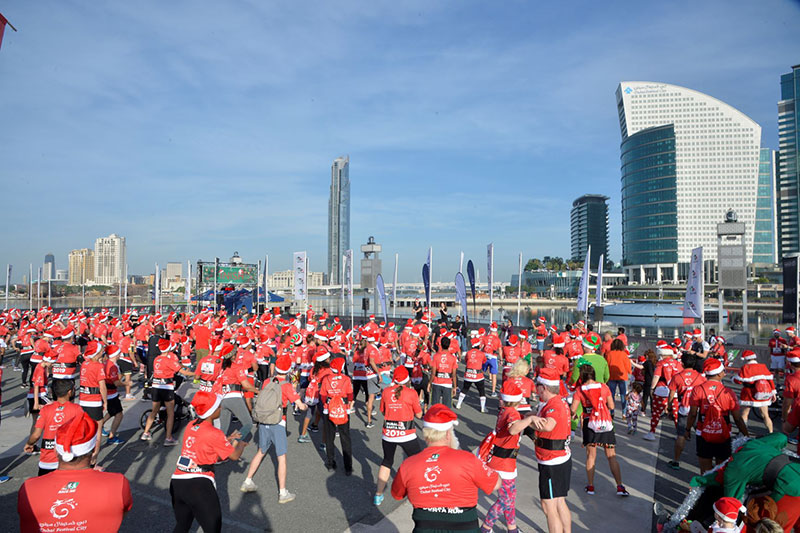 Prices for the Santa run cost Dhs119.05 and you’ll get a goody bag to help you look the part. It will include a Santa t-shirt, hat and beard.

However, runners are invited to get creative with their Santa get-up and compete not just in the run, but for a prize for the being the best dressed Santa from the bunch.

There are five prizes up for grabs including festive goodies. Plus, it will make for some fun festive memories and awesome Instagram photos.

Commenting on the event, Samer Zabian, Director, Residential & Commercial Property at Al-Futtaim Group Real Estate, said, ‘Now more than ever, health and wellbeing should be a priority and the Dubai Festival City Santa Run is our way to cheer our community during a festive season unlike any while incentivizing them to maintain an active and healthy lifestyle.’

The fun run will adhere to all the necessary hygiene and safety measures.

For more details, you can visit this website here.

Christmas
Outdoor
Sport & Fitness
Things to do
EDITOR’S PICKS
UAE holiday dates announced for Eid Al Adha
READ MORE
Emirates extends suspension of flights from India to UAE again
READ MORE
Coming soon: Everything we know about Ain Dubai so far
READ MORE
Khorfakkan set to open new tourist attraction 580 metres above sea level
READ MORE
MOST POPULAR
It's Dhs350 to brunch, stay and play at the What's On Lock In this weekend
UAE weather: Temps of over 50ºC recorded in the shade yesterday
Get a free Expo 2020 day pass when you fly with Emirates
A popular fairy-tale is gracing the stage at The Theatre at Mall of the Emirates in August
UAE petrol prices will increase again in August 2021
Exclusive interview: John Cena on his role as a 'douchey Captain America'
YOU SHOULD CHECK OUT
Our website uses cookies and other similar technologies to improve our site and your online experience. By continuing to use our website you consent to cookies being used. Read our privacy policy here.