8 Christmas performances to catch in Dubai this festive season

It’s the most wonderful time of the year…

Got the tree up? Carols on repeat on your playlist? Feasting on festive brunches and afternoon tea? Ticking off those Santa and market visits? If you’ve answered yes to all of the above, then great! You’re on the right track.

Now, all you need to do now is add these Christmas performances to your calendar for the complete Christmas experience.

From singers belting out good ol’ Christmas favourites to family-friendly shows and more, we’ve rounded up a list of festive performances taking place this year.

Here are 8 Christmas performances that are coming to town. 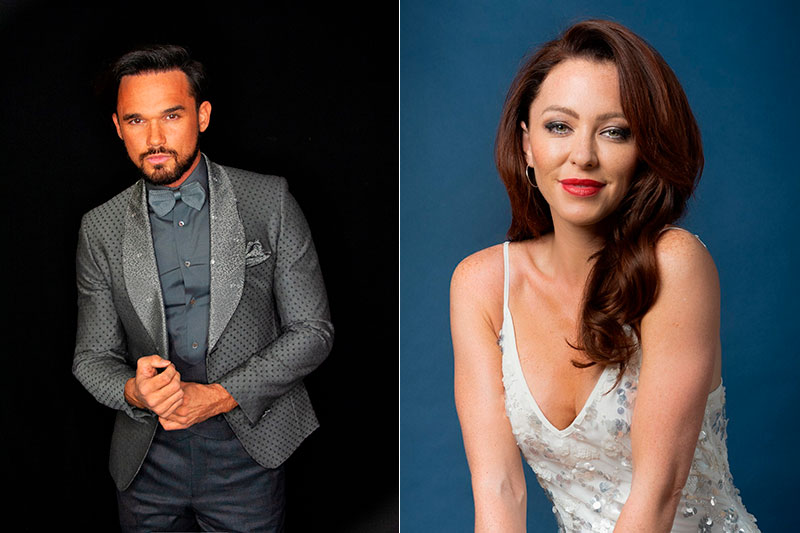 Merry Muddle with Magic Phil on board the QE2 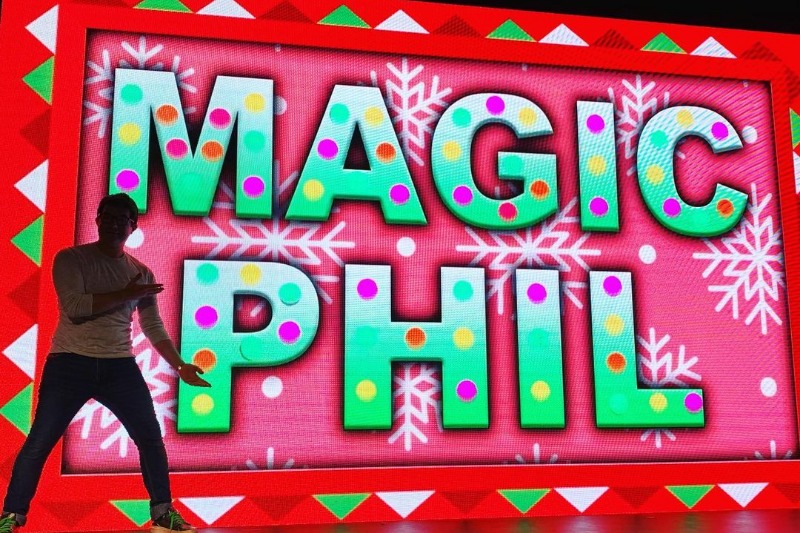 Tis’ the season to be silly! One of UAE’s favourite children’s entertainer and radio personality is hosting a show full of silliness, seasonal songs, magic tricks and non-stop audience interaction. The awarded performer will be performing on December 11 at 11am, 2pm and 5pm and on December 12 at 11am and 2pm on board the QE2. Seats are limited, so book them in advance here. The price per seat is just Dhs100. 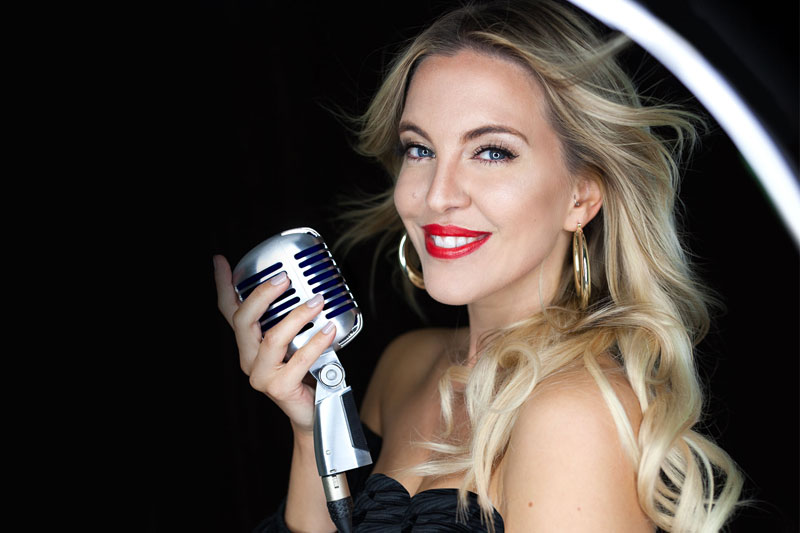 For a jazzy Christmas, Dubai Opera is bringing ‘Santa Baby’ – a festive jazz concert performed by NSO Big Band to town. There are two performances on December 11 taking place, one at 2pm and the second at 8pm. Tickets cost just Dhs190 and it includes a house beverage to help put you in a cheery mood. Santa Baby will, of course, be belted out along with other traditional tunes such as Joy to the World, Jingle Bells and O’ Holy Night. There’s also a hilarious 12 Bars of Christmas. Tickets need to be purchased here.

Beauty and the Beast on board the QE2

A tale perfect for the whole family. It follows young bookworm, Belle whose father is taken prisoner by a monstrous beast, who was once a handsome prince but cursed by a mysterious enchantress as punishment for his selfish actions. To lift the punishment, the prince must learn to love someone and earn their love in return. With help from the Beast’s servants (also cursed to be household items), Beauty comes to appreciate and love the Beast. Plot twist. The beast isn’t the only one vying for Belle’s attention as an arrogant admirer will do anything to marry Belle – even if it means killing the beast. Ticket prices start from just Dhs120 per person and are sold in bubbles of two, three or four people.

Jack and The Beanstalk at The InterContinental Dubai Festival City

Not even the pandemic can cancel the annual h2 family panto that’s been going on now for 14 years. This year, h2 Productions is presenting Jack and The Beanstalk. You know the story! Being chased for the rent by the evil henchman, Dame Trott sends Jack to market to sell the family’s one prized possession – Daisy the Cow and he comes home with nothing but a handful of beans (magical, of course!). The beans sprout to a beanstalk which leads to an enchanted land of excitement and adventure. In order to save the family home and become rich, Jack must capture the goose that lays the golden egg and rescue his friends from a very hungry giant. Tickets start from Dhs125 and sold in bubbles of 2, 3 or 4 people. Purchase them here.

Jack and The Beanstalk, The InterContinental Dubai Festival City, Dubai, from Dec 16 to 27, ticket prices start from Dhs125. @dubaipanto

The Christmas Show at Fairmont The Palm

A family-friendly, super fun play is coming to the Fairmont The Palm from December 17 to 28. There’s a mix of musical theatre, fun interactions with the little ones and some good old Christmas songs to get you into the festive spirit. There’s even a team of comedy elves, stunning dance routines, colourful costumes and an LED screen that will transport you to The North Pole and the home of Santa – Christmas Town. Get your tickets here. 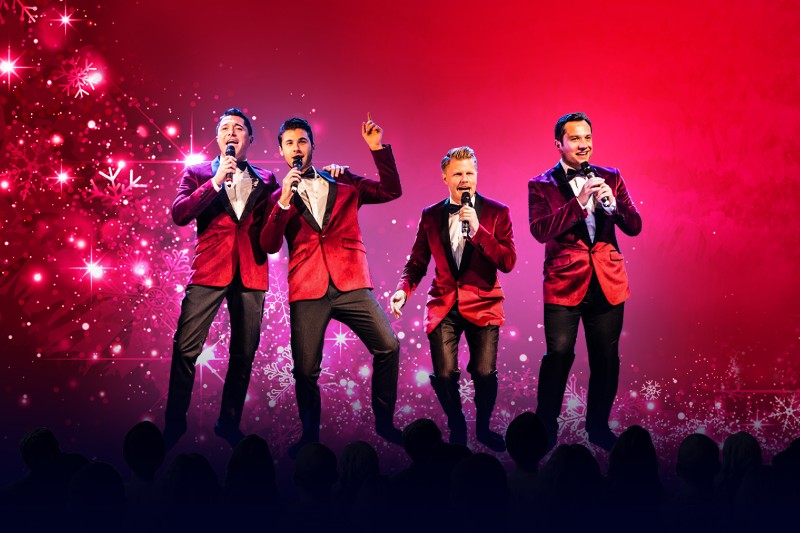 Jingle Bell Rock is coming to deck out Sheikh Saeed Hall at the Dubai World Trade Centre with a stellar line up of international performers and musicians. Expect to hear fabulous harmonies, incredible vocals and stacks of charm from London’s West End sensation The Barricade Boys (from the world’s longest-running musical, Les Misérables) and Kerry Ellis (best known for her roles in the West End and on Broadway and her award-winning role in Wicked). Sing along to hits such as All I Want for Christmas, Twelve Days of Christmas and, of course Jingle Bell Rock. They will be backed by the Jingle Bell Christmas Orchestra made up of the best local and international musicians as well as Dubai Performing Arts Academy’s talented children’s choir. There are only two shows on the day at 3pm and 8pm. Tickets are available at Platinumlist and Ticketmaster.

The best festive afternoon teas to try in Dubai this Christmas
Christmas in Dubai: Where to get your turkey takeaway
Here are 17 restaurants celebrating Thanksgiving in Dubai
11 Christmas tree lightings that will add a sparkle to your celebrations

The Nutcracker at The Theatre at Mall of the Emirates 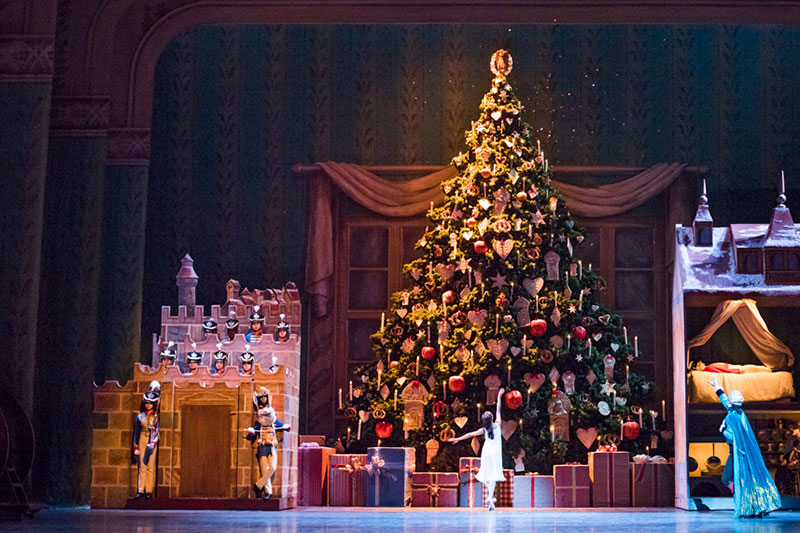 Okay, so this isn’t a live performance, but it is a special screening of The Nutcracker recorded live at The Royal Opera House in 2016. The Royal Ballet’s glorious production of The Nutcracker, created by Peter Wright in 1984 is an all-time ballet favourite. Without giving much away, the story follows Clara who is given an enchanted Nutcracker doll on Christmas Eve. As midnight strikes, she creeps downstairs to find a magical adventure awaiting her and her Nutcracker. Prices for tickets start from Dhs75. Buy them here.