News
Things to do
Transport
Travel

Wizz Air Abu Dhabi, the newest national airline of the United Arab Emirates, has just confirmed that Athens will be its inaugural destination.

Flights from Abu Dhabi International Airport to the Greek city will start from January 15 2021 for as low as Dhs129. And, tickets are already on sale on wizzair.com and on the airline’s mobile app. 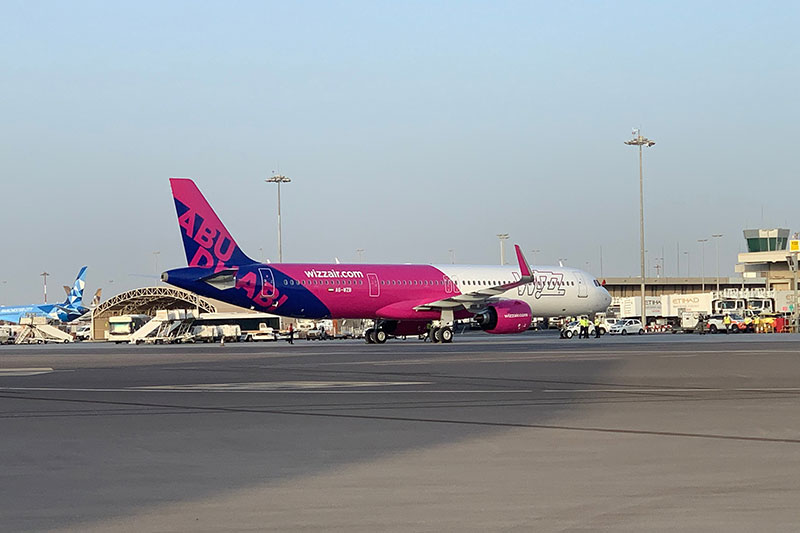 The airline is also set to start flights from Abu Dhabi to Thessaloniki – another city in Greece with fares starting from just Dhs149.

All the routes will be operated with brand new Airbus A321neo aircraft.

Kees Van Schaick, Managing Director of Wizz Air Abu Dhabi, said: “The waiting is almost over for Abu Dhabi fans of our ultra-low fare airline. From 15 January 2021, a new model of air travel comes to Abu Dhabi, offering new choices and new competition, demonstrating that things are looking up for next year.’

He continued stating that the network from the capital will expand rapidly as destinations on the planned network get added to the ‘green countries’ list.

Initially, the route network included Alexandria, Kutaisi, Larnaca, Odesa and Yerevan. Flights to these cities will be launched as and when they join the list.

Wizz Air introduced a new era of sanitized travel across its network this year with enhanced hygiene measures to ensure the health and safety of passengers and crew.

All of Wizz Air’s aircrafts will be disinfected, following a stringent daily cleaning schedule. Furthermore, the airline’s aircraft are further disinfected overnight.

Passengers will receive sanitizing wipes when they enter the aircraft. No magazines will be onboard the aircraft and purchases are encouraged to be made by contactless payment.

And of course, physical distancing measures will need to be followed.

News
Things to do
Transport
Travel
EDITOR’S PICKS
Ramadan in Dubai: 48 iftars to try
READ MORE
Where can Dubai residents travel? Check out these 14 destinations
READ MORE
Rumours, facts and reveals: New Abu Dhabi bars and restaurants
READ MORE
UAE announces reduced working hours for Ramadan 2021
READ MORE
MOST POPULAR
UAE: Strict restrictions may soon be in place for those who aren't vaccinated
Review: Rainforest camping at The Green Planet Dubai
The rules for children wearing face masks have been updated in UAE
Etihad sale: Surprise gift boxes and a chance to win 50 times your airfare
Break your fast in style at W Dubai - The Palm this Ramadan
YOU SHOULD CHECK OUT
Our website uses cookies and other similar technologies to improve our site and your online experience. By continuing to use our website you consent to cookies being used. Read our privacy policy here.