Sponsored: Before it opens its doors to the public…

How would you like to be one of the first to road test Abu Dhabi’s new McGettigan’s?

The latest incarnation of the hugely popular Irish pub chain is all set to open its doors on Thursday December 17, but we’re giving you an opportunity to try it out, a full two days before it officially opens to the public.

This special edition of What’s On the Menu will see 20 of our foodie friends given an exclusive introduction to the new menu and drinks list on Tuesday December 15.

Located at the lobby level of Dusit Thani Abu Dhabi, McGettigan’s will sit in neatly with the hotel’s collection of outstanding international restaurants, bringing a little Irish charm all of its own.

The stylish modern interior remains faithful to the brand but retains it’s own signature twists. It comes equipped with multiple big Ultra HD screens, making it the perfect choice to watch all the upcoming sports events. We’re looking at you UEFA Euros.

McGettigan’s is known for dishing up some of the tastiest classic pub grub in the UAE and the craic looks set to continue here. Menu favourites making an appearance include cod and chips, the McGettigan’s signature burger, cottage pie and Irish cream cheesecake. And of course, it wouldn’t be McGettigan’s without ‘the black stuff’ on tap.

When it opens there’ll be a huge daily happy hour between 3pm and 8pm with 30 per cent off all beverages. 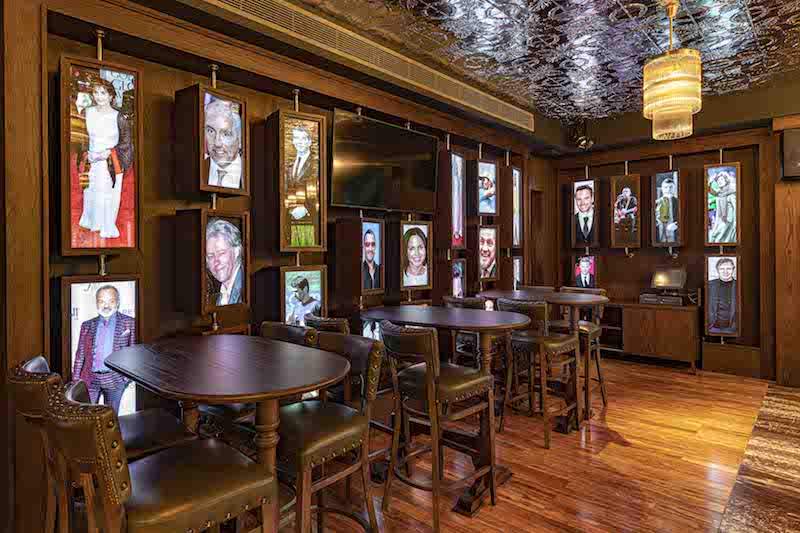 What’s On our menu

To be sure (to be sure) you get a full snapshot of what’s coming to the Abu Dhabi social scene, the What’s On event menu will include a big selection of mini tasting dishes.

But it’s the drinks line up, as you might expect from McGettigan’s that really (excuse the pun) raises the bar. There’s a selection of 8 signature cocktails and mocktails to try, alongside more traditional beverages.

If you’d like to be one of the first to experience the latest McGettigan’s adventure right here in the capital, RSVP below to secure your spot.

Tuesday, December 15
From 7pm at McGettigan’s RSVP to WhatsOnEvents@motivate.ae

Eat & Drink
News
Things to do
EDITOR’S PICKS
Ramadan in Dubai: 40 iftars to try
READ MORE
Where can Dubai residents travel? Check out these 14 destinations
READ MORE
Rumours, facts and reveals: New Abu Dhabi bars and restaurants
READ MORE
UAE announces reduced working hours for Ramadan 2021
READ MORE
MOST POPULAR
20 places to enjoy culture and history in Abu Dhabi
3 mega-venues opening in Dubai that you need on your radar
6 fun things to do in Abu Dhabi this week: April 18 to 21
Book an unforgettable escape to Mӧvenpick Resort Kuredhivaru Maldives
Review: Is Lucky Fish worth its salt at West Beach?
YOU SHOULD CHECK OUT
Our website uses cookies and other similar technologies to improve our site and your online experience. By continuing to use our website you consent to cookies being used. Read our privacy policy here.