Al Ain Film Festival has just announced the launch of the third edition of Al Ain Film Festival. Held under the patronage of H.E. Sheikh Sultan bin Tahnoon Al Nahyan member of the Executive Council, the festival will run from January 23 to 27. It will take place in Al Ain.

The slogan for this year is ‘Future Cinema’ and will feature 378 films and 4 new initiatives over the five days.

The film festival has also implemented new initiatives, various programs and distinctive shows to its line-up with a focus on discovering, celebrating and presenting the best productions and talents of cinema in the region from prominent filmmakers to fresh young talents. 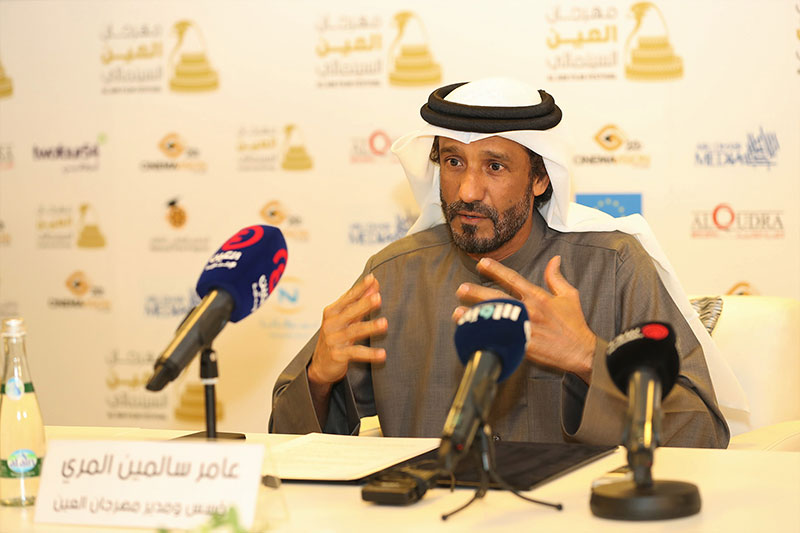 According to the festival’s Founder and Director, Amer Salmeen Al Murry, distinctive European films which have seen success in Europe and other film festivals around the world will be displayed during the Al Ain Film Festival.

More films will be screened over the weekends during the festival’s summer program, with each week dedicated to a specific European country. Workshops will also be held by filmmakers during this time.

Al Murry also revealed a Fareed Ramadhan Award, a new and distinctive award that will be presented to the best screenplay. The aim is to encourage scriptwriters and to honour the spirit of the late Bahraini writer and screenwriter, Fareed Ramadhan, who was a prominent presence in the first and second edition of the Al Ain Film Festival. His writings have enriched Bahraini and Gulf cinema in general.

The best three unproduced short films will win Dhs20,000 each. Winners will be picked by a special jury consisting of a group of Arab filmmakers and scriptwriters and will be disclosed in June 2021.

Featured image: You Will Die at 20 film still

Culture
Film
News
Things to do
EDITOR’S PICKS
When is the UAE's next public holiday?
READ MORE
Zanzibar-inspired restaurant Mikoko Hut opens at UAQ mangrove beach
READ MORE
Christmas Day in Dubai: Festive brunches, lunches, roasts and more to book
READ MORE
This magical winter garden is back at Habtoor Palace Dubai
READ MORE
MOST POPULAR
Last chance to get your fast passes for Abu Dhabi F1 concerts
10 turbocharged things to do in Abu Dhabi this weekend: Dec 9 to 11
Deliveroo is dishing out free Krispy Kreme doughnuts
Bye bye Bidi Bondi, hello Byron Bathers Club
Four reasons to celebrate the festive season at Four Seasons Dubai
YOU SHOULD CHECK OUT
Our website uses cookies and other similar technologies to improve our site and your online experience. By continuing to use our website you consent to cookies being used. Read our privacy policy here.