You’ll find West Bay Abu Dhabi opposite the Sheraton, and within the beach club grounds there’s a gym and pool that are already open, a kids club that’s following soon and a brand new diner with dreamy uninterrupted sea views.

The Cove at West Bay. 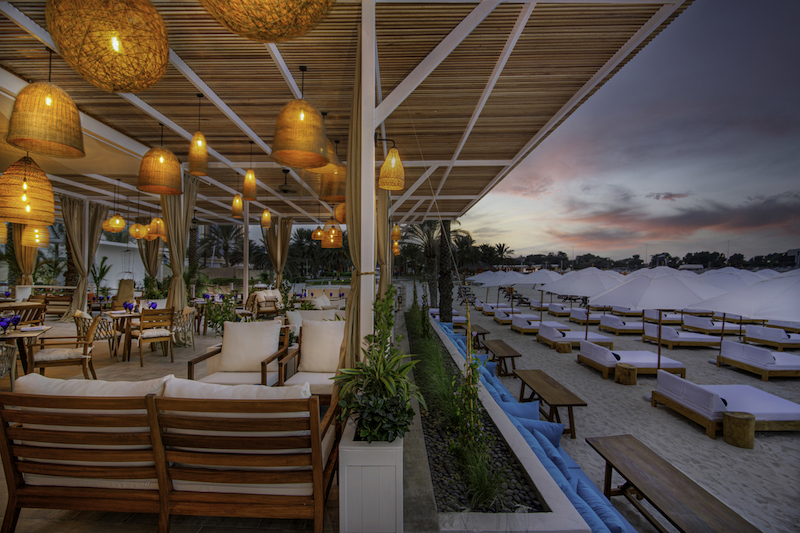 You’d be forgiven for confusing it with the recently launched Cove Beach Makers District on Al Reem Island, but these are two distinct destinations and we’ll just have to accept that there’s going to be a few intense conversations with taxi drivers on this subject for the next short while.

The Cove at West Bay is an undeniably handsome venue. A sparkling example of the recent trend in coastal bohemian hangouts. The beach is arranged with luxuriant day beds, there are hammocks, and the lamps in the main restaurant area hang from basket-weave shades, gently buffeted by onshore breeze. 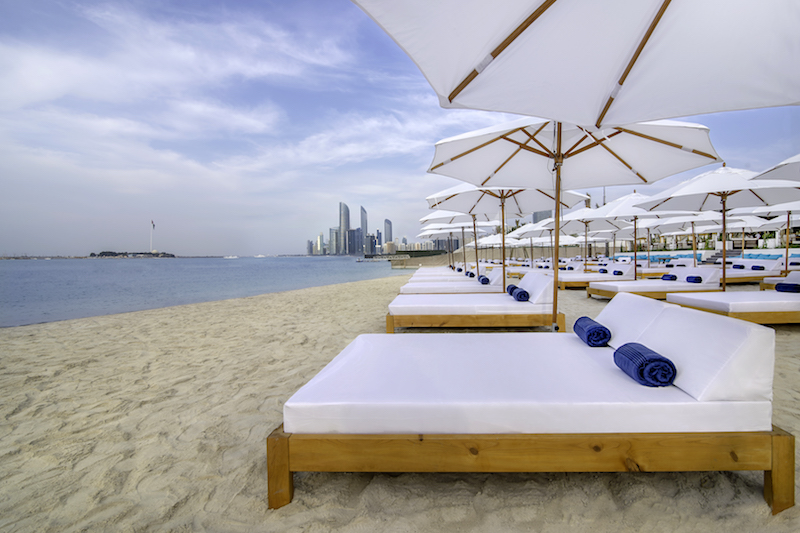 West Bay views are a big win too, across the calm Corniche waters the instantly recognisable arch of the Fairmont Marina Abu Dhabi is clearly visible.

The kitchen offers a genuinely impressive diversity of cuisine, with sushi and nigiri, salads, pasta, soup, seafood, grilled meat and more all available to order. We’re here for an early lunch so we order a selection of light(ish) bites including beef tenderloin skewers, mussels marinara, and pan-seared salmon with an Asian marinade. 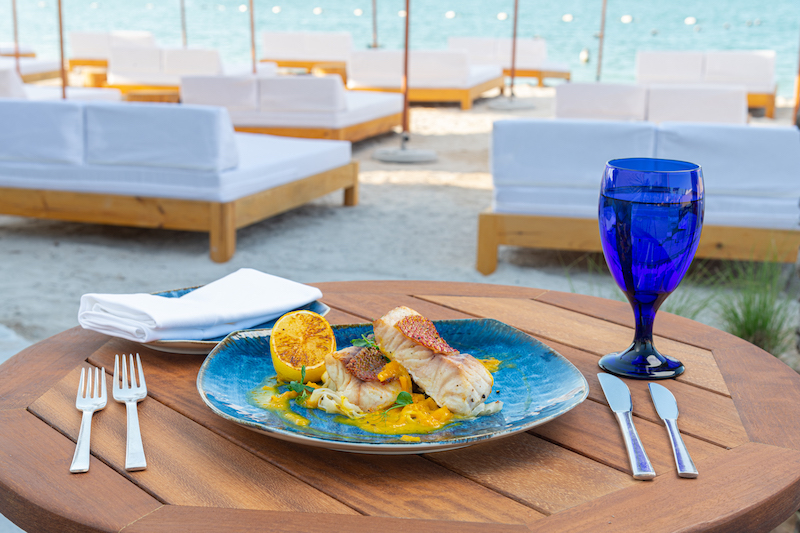 Pairing salmon with tabouleh is a bold and, as it turns out, intelligent move. The chopped parsley lends a level of freshness to the mouthfuls. The fish is cooked cleanly, and although the aromatic Asian sauce accompanying it is laid on a little too thickly for our preference, it has that deep, sticky, sweet, umami flavour that we’ll often randomly develop a midweek craving for.

The beef skewers are served with roasted potatoes and a thyme jus, and we confess we have some issues here. There was no enquiry about the degree of cuisson when our orders were taken, and when it arrived, the tenderloin was overcooked, and the meat — tough. The thyme jus is a nice little redemptive twist, however. 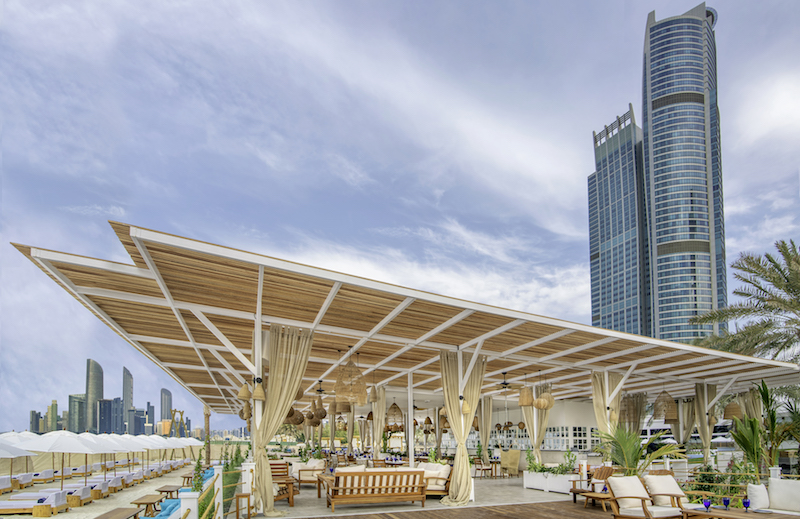 It’s a shame there was no option to enjoy the menu’s mussels with a traditional marinières sauce. But the chef’s marinara is a perfectly acceptable, well-executed, Mediterranean substitute. Except for the ambush of sultanas, of which (for us) there was genuinely no need.

Verdict: We can’t help feeling that perhaps they’re trying to do too much at The Cove at West Bay. The menu is huge and possibly too varied for such a young restaurant to deliver effectively. It’s a beautiful venue, and the food we tried was a long way from bad, but at the not-insignificant-price-tag of the dishes, it needs to be better to get top marks. B-

Eat & Drink
Things to do
EDITOR’S PICKS
Ain Dubai will open with fireworks, live music and a drone show
READ MORE
Incredible Aura SkyPool to open in Palm Tower this November
READ MORE
Brit Grand Slam hero Emma Raducanu confirmed for Mubadala Tennis
READ MORE
What’s On Nightlife Awards 2021: Here are the nominees...
READ MORE
MOST POPULAR
Miami Beach-inspired luxury resort Th8 Palm is opening in November
Watch your next film under the stars as outdoor cinemas return to Dubai
This new ladies' night offers a free open bar every Tuesday
This Sicilian rooftop party brings Godfather glamour to Dubai
There's a murder mystery brunch at this Abu Dhabi bar
YOU SHOULD CHECK OUT
Our website uses cookies and other similar technologies to improve our site and your online experience. By continuing to use our website you consent to cookies being used. Read our privacy policy here.