Things to do
Transport
Travel

There’s an undeniable appeal to the #vanlife lifestyle: no 9-to-5 schedule, plenty of time in the great outdoors, and every parking place (according to TikTok) is the most beautiful place you’ve ever seen.

Thanks to Freedom Overland, many UAE residents are one step closer to making that lifestyle a reality.

The business of living small and staying mobile 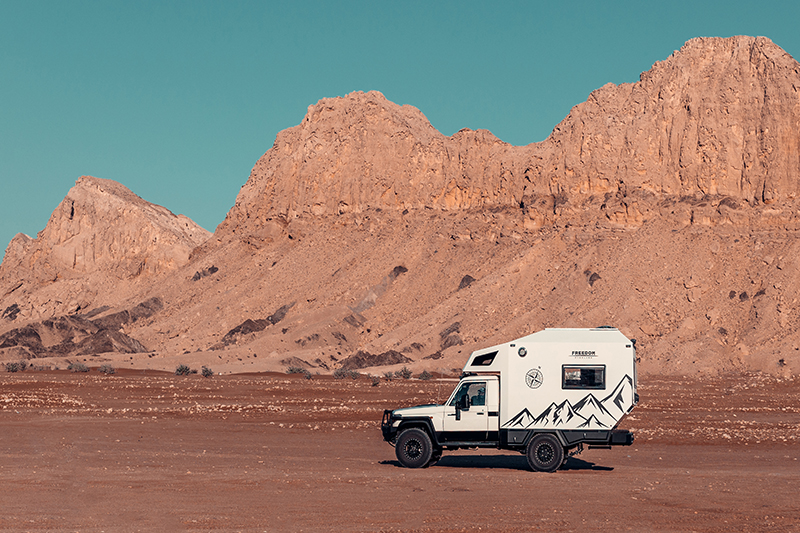 Faisal Husain has been interested in ‘overlanding’ for over half a decade. He’s built vehicles, made lots of mistakes, learned from them, and continued to make tweaks.

By the time he built out his third van, he had reached a turning point. What had begun as a personal project to transform a vehicle into a livable unit was becoming a business.

That business: converting Land Cruiser’s (and similar models) into custom-built homes on wheels. He now finds himself with a queue of clients, a workshop and showroom in Al Quoz, 10 employees and a new brand to oversee: Freedom Overland, the first company building advanced adventure vehicles in this region.

“The idea had been in the works for a while but I never had the time as I travel extensively for work,” Husain says. “But with the pandemic, coupled with the complete halt in travel and the resulting availability of time on my hands, I decided to take the plunge and start Freedom Overland.”

It was the overwhelming positive response from friends and the wider overlanding/off-roading community about his projects that encouraged Faisal to take the leap. “People seemed impressed by how I had implemented certain features,” explains Husain. “We have taken cues from fighter jets in designing the front face of the vehicles and that makes them very different to anything on the international market.”

That’s part of his edge in this niche industry. Not only does he come from an Aeronautics and Computer Science background, but he has a general eye for design and anything to do with user experience.

Van life or “‘overlanding’” as Husain calls it, “is a lifestyle that connects us to something that I feel we’ve lost as a society; a connection back to the natural world away from digital devices.

It’s a way to explore this beautiful planet that we live in; a way to meet new people and new cultures; and discover that despite our perceived differences, at our core we are all the same.”

Keep scrolling to see inside the van…

“Current day overlanding vehicles, be they RV’s or vans, are very boxy and a bit boring to look at. They don’t evoke the sense of excitement that a sports car does. 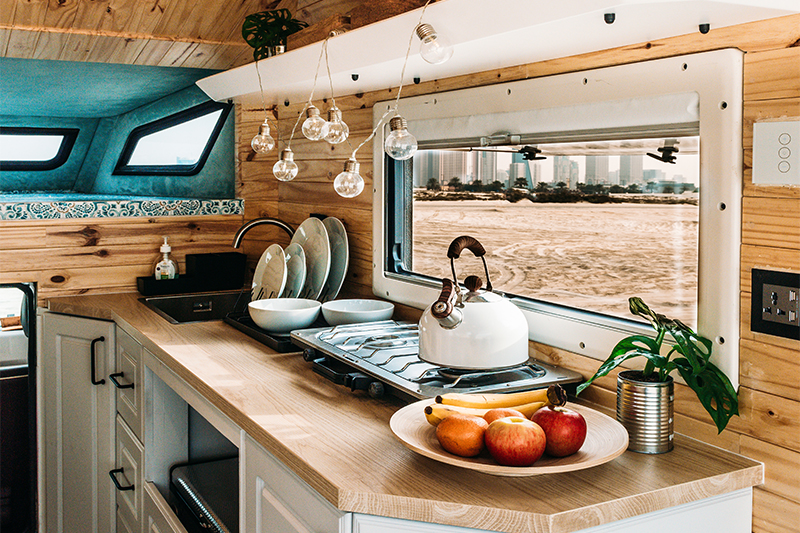 “The Freedom Vehicles are designed to evoke an emotional response when you see them. We want people to say: “I want to drive that”. But at the same time, we want them to be functional as well.” 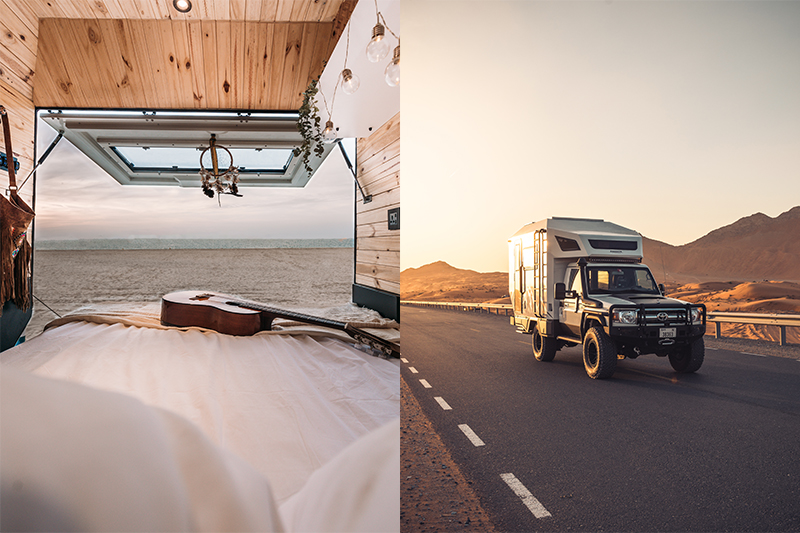 Inside the Freedom Overland Cruiser, you’ll find lots of natural materials: natural pine wood on the ceiling and floors and mother-of-pearl in the washroom. There’s Moroccan tiles on the floor, and many other luxury amenities to make it fully-functioning. There’s even a fully-equipped kitchen, toilet and hot-water shower. 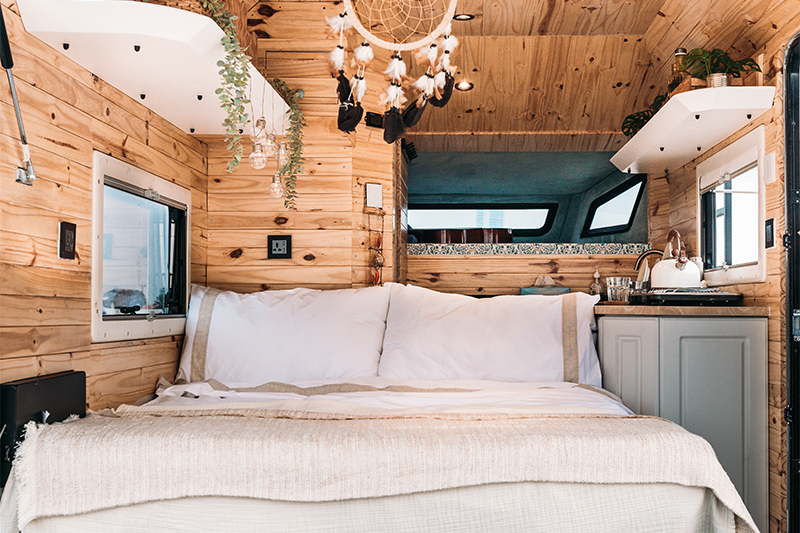 “The response to our Freedom Overland vehicles has been off-the-charts,” Husain says. “We have people asking us to make them available in the US.”

If you’re buying into the Freedom Overland lifestyle, be prepared to drop an anvil of dirhams. These custom-made beauties will set you back approximately Dhs200,000 up to Dhs700,000, with other models in the pipeline including Freedom Vans and Freedom Trucks. Could Freedom Overland-for hire be on the cards perhaps? We’ll have to wait, hope and see…

Things to do
Transport
Travel
EDITOR’S PICKS
Ramadan in Dubai: 40 iftars to try
READ MORE
Where can Dubai residents travel? Check out these 14 destinations
READ MORE
Rumours, facts and reveals: New Abu Dhabi bars and restaurants
READ MORE
UAE announces reduced working hours for Ramadan 2021
READ MORE
MOST POPULAR
3 mega-venues opening in Dubai that you need on your radar
6 fun things to do in Abu Dhabi this week: April 18 to 21
Book an unforgettable escape to Mӧvenpick Resort Kuredhivaru Maldives
Review: Is Lucky Fish worth its salt at West Beach?
Not in the office? The best cafes and restaurants to work from in Dubai
YOU SHOULD CHECK OUT
Our website uses cookies and other similar technologies to improve our site and your online experience. By continuing to use our website you consent to cookies being used. Read our privacy policy here.