13 places to try Emirati cuisine in the capital this month

Sponsored: Take your tastebuds on an authentic tour of the Emirate by sampling exotic Emirati cuisine – an initiative launched by the Department of Culture and Tourism – Abu Dhabi

While Abu Dhabi has plenty of fantastic cuisines on offer, from Pinoy and Peruvian to Moroccan and Iranian, it’s always been a little harder to find authentic Emirati fare in the city. Traditionally, these dishes have just been served in local homes or at significant celebrations – such as iftar during Ramadan – but with the help of the Department of Culture and Tourism – Abu Dhabi (DCT Abu Dhabi) that’s finally starting to change, with a new initiative determined to shine a light on this incredible cuisine. 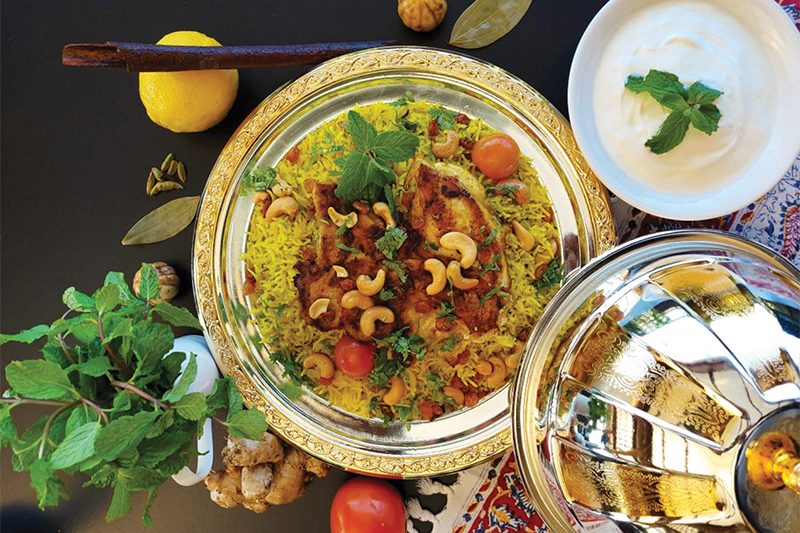 The recently-launched Emirati Cuisine Programme is giving residents and visitors the opportunity to try some local flavours at a select number of hotels across the emirate until May. Under the programme, 32 chefs at approximately 30 hotels received training from Emirati chef Khulood Atiq to prepare and serve a range of authentic Emirati dishes. Be sure to look out for the Machboos Mondays deals, which features discounts ranging from 10 per cent to 20 per cent off Emirati dishes at a selection of hotels every Monday.

“Emirati food is a symbol of the UAE’s renowned generosity and hospitality and a celebration of our local culture and history. We are delighted to be able to share this part of our rich heritage with visitors and residents”– HE Ali Hassan Al Shaiba, Executive Director of Tourism and Marketing at DCT Abu Dhabi 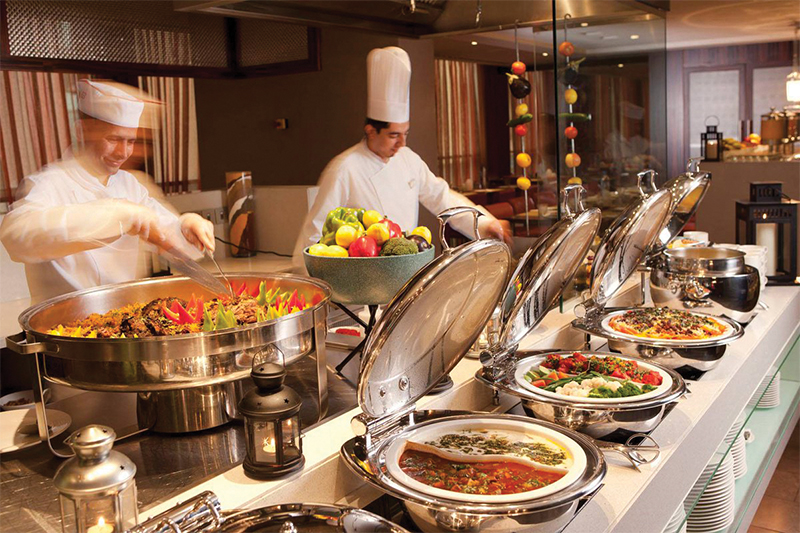 Chef Yamen Mouffek Albdera has added a taste of Emirati culture to the menu at Al Rawda Arjan with six new authentic dishes, including his own special take on balaleet and harees.

Inspired by Abu Dhabi, Ingredients has refreshed its menu with a wide range of authentic Emirati dishes. Chef Idin Asmitha has reworked ten Emirati classics, including ouzi, leguimat and madrooba.

Chef Yamen Albdera has whipped up a fresh Emirati-inspired menu with six new dishes, including a machboos of fish and chicken.

Elements at Hili Rayhaan by Rotana 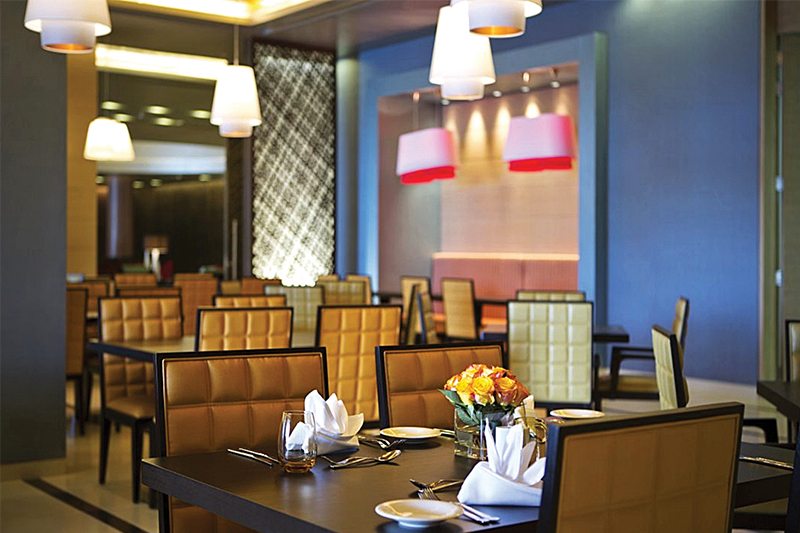 This stylish resort in Al Ain’s popular Hili district is the perfect place to stay for anyone interested in exploring the nearby historical sites. Take your knowledge of Emirati culture to the next level by sampling six new Emirati dishes on chef Maher Aljawabra’s menu. 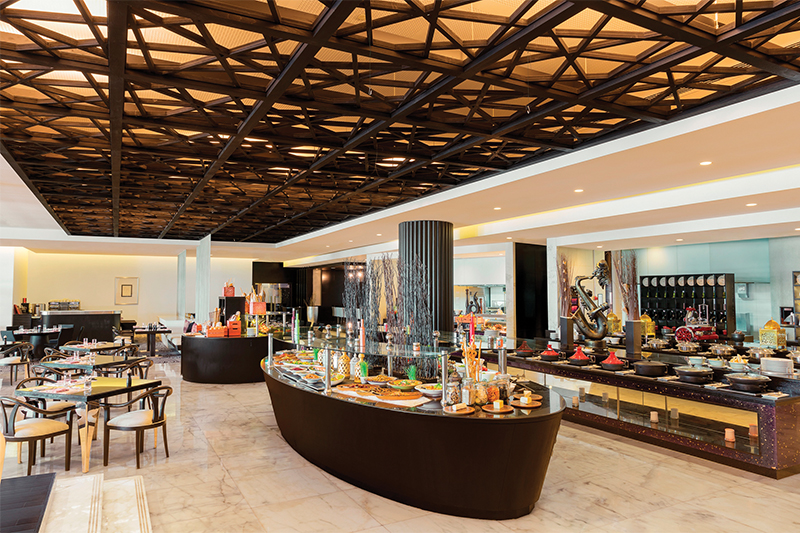 This plush hotel in the centre of the city has fully embraced the new Emirati Cuisine programme with an eclectic selection of dishes inspired by authentic traditional recipes.

Chef Sudhanshu Nirmal has added an exciting selection of authentic local dishes to the menu at Khayal restaurant, so you can sample real-deal Emirati food. 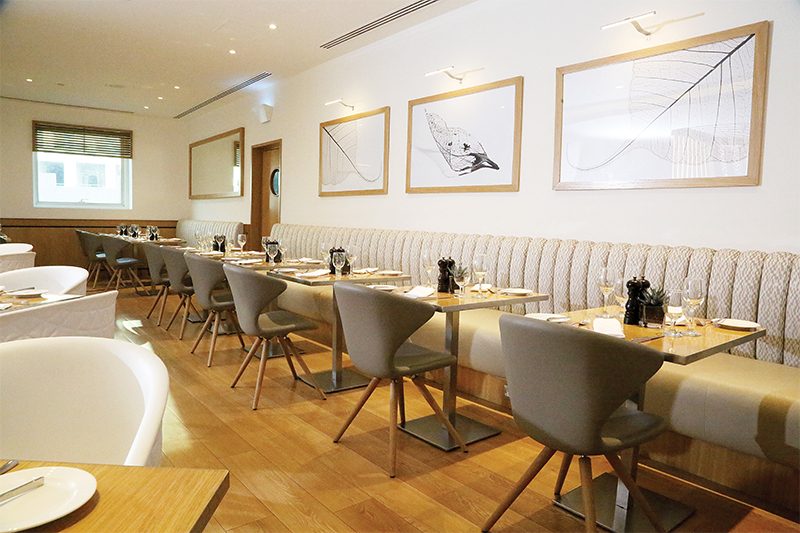 Chef Nitesh Lama has added eight new dishes to the breakfast menu and international buffet, including leguimat, chebab or marguga.

Resembling a 17th century Parisian palace with intricate gold-leaf designs and ornate chandeliers, the five-star Royal Rose Hotel has now added an Emirati twist to its Printania restaurant with the addition of some local dishes prepared by Chef Pankaj Kumar.

Thanks to Chef Rohan Kularatne, diners at Ayla Restaurant can now enjoy an authentic taste of Emirati culture with his take on chebab as one of the stand out dishes.

Your useful glossary to Emirati cuisine

Luqaimat (also leguimat) – A puffy and sweet fried dumpling often garnished with sesame seeds then served as a dessert drizzled in date syrup.

Machboos (also machbous) – Arguably the most popular Emirati dish, machboos is similar to biryani, with rice cooked in the spiced broth of meat, fish or chicken.

Chebab (also chabab) – Affectionately known as Emirati pancakes, chebab is often served for breakfast or dinner with cheese and honey.

Balaleet – A popular breakfast choice which includes vermicelli sweetened with sugar, cardamom, rose water and saffron, and served with an omelette on top.

For more information about the Emirati Cuisine Programme, visit emiraticuisine.ae

Eat & Drink
Partner Content
Restaurants
EDITOR’S PICKS
Ramadan in Dubai: 40 iftars to try
READ MORE
Where can Dubai residents travel? Check out these 14 destinations
READ MORE
Rumours, facts and reveals: New Abu Dhabi bars and restaurants
READ MORE
UAE announces reduced working hours for Ramadan 2021
READ MORE
MOST POPULAR
Sheraton Mall of the Emirates has a lot to offer this Ramadan
Looking for a cosy long stay residence in Dubai? Check this out...
Have you spotted the new Talabat Patrol team on Abu Dhabi roads?
Iftar home delivery for one? Here are some options...
Stunning Australian restaurant Hunter & Barrel is now open
YOU SHOULD CHECK OUT
Our website uses cookies and other similar technologies to improve our site and your online experience. By continuing to use our website you consent to cookies being used. Read our privacy policy here.