Sponsored: Fouquet’s tells a story of the most decadent French dining…

You will have to search long and hard before you find a better international ambassador for European cuisine, than Fouquet’s. Located behind the grand North Gate of Louvre Abu Dhabi, this purveyor of fine French dining is all about serving dishes that really are, works of art.

And these are just seven reasons (of the many) why you’ll regrette rien (regret nothing) should you visit. 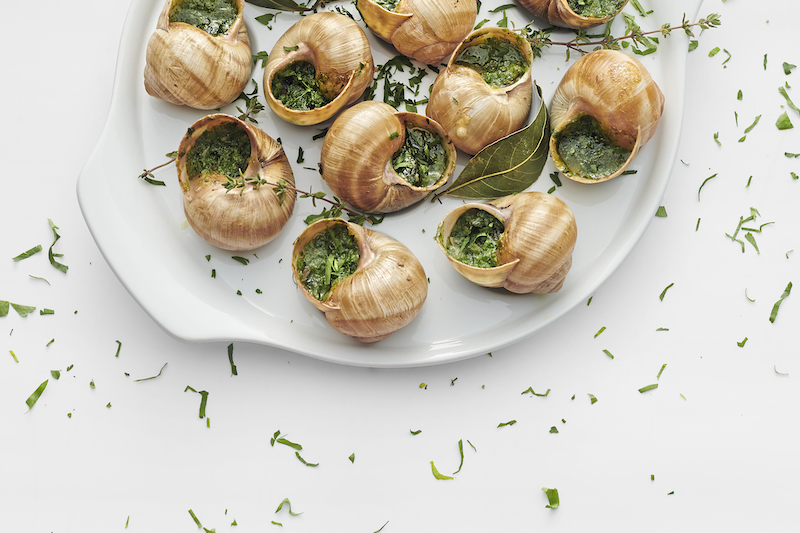 The Michelin Guide hasn’t made it to the UAE just yet, but in its native France, it’s still regarded as the last word in fine dining excellence. And the creator of Fouquet’s menu (both for the original venue in Paris, and this Abu Dhabi outpost), Chef Pierre Gagnaire has won three of its coveted Stars for his acclaimed kitchen tinkering at the world-renowned Parisian restaurant that bears his name. Now with many more restaurants and accolades under his belt (including the 2015 ‘Best Chef in the World’ title) it’s Abu Dhabi’s turn to reap the benefits of this exemplary career. A strong contingent of the UAE restaurant’s ‘brasserienomie’ dishes (the signature beef tartare and sole meunière for example) have been lifted directly from the original French Fouquet’s menu and are available to swoon over here, in the capital.

Found in one of Abu Dhabi’s most important cultural hubs — Saadiyat Island, under the canopy of Louvre’s Abu Dhabi’s spectacular dome, this’ Parisian-style Brasserie has some absolutely outstanding Gulf water views. It’s furnished with an expansive terrace, perfect for long alfresco lunches, or scenic sundowners. And if you appreciate your art in an exhibit as much as you do on your plate, the restaurant is also within a short buggy ride of the world-class gallery and museum, Louvre Abu Dhabi.

3. It’s beautiful inside and out 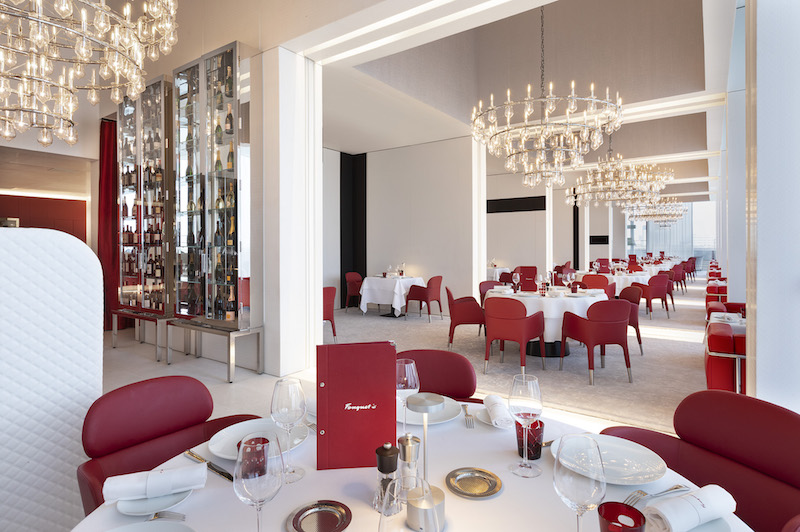 The level of detail that has gone into this ode to Gallic gastronomy is staggering. Styled around the lounges frequented by A-Listers in Hollywood’s golden age, it’s hard to not obsess over design elements such as the Jean Nouvel (the same architect that designed Louvre Abu Dhabi’s iconic domed roof) Chandeliers. This, the brand’s ninth location after, Paris, Cannes, Toulouse, Marrakech, La Baule, Enghien-les-Bains, Courchevel and Montreux, combines contemporary and traditional aesthetics, with clean white lines and handsome red leather chairs. The venue’s Harcourt portrait frames feature many snaps of the celebrities that have visited the Champs-Élysées-based restaurant.

4. The business we call show

Fouquet’s business lunch menu (Menu Déjeuner) gets you a starter, a main course and a dessert for an exceptionally strong value, Dhs195. Here you can enjoy specialities such as cuttlefish gnocchi, grilled salmon a la plancha and a choice from the dessert trolley. 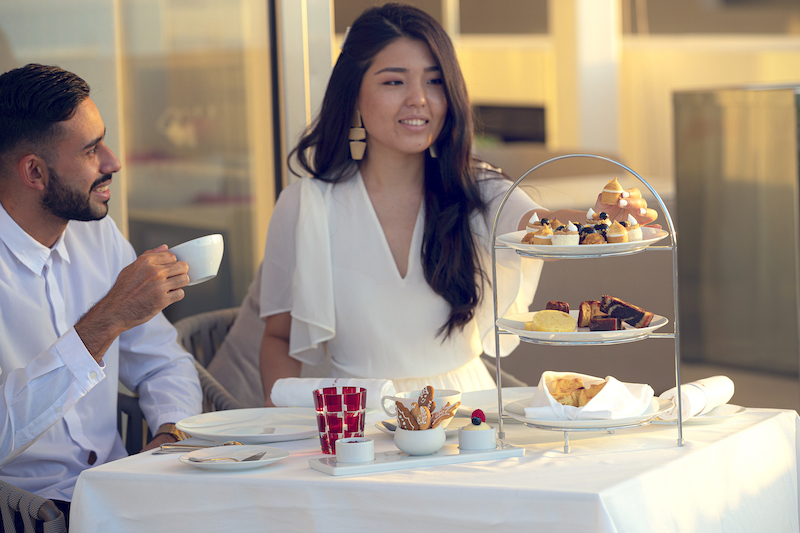 Despite being a little over a year old, Fouquet’s is already well-established as a destination for those with a sophisticated palate. So it makes sense they’d offer an afternoon tea. Le Goûter by Pierre Gagnaire is just Dhs140 per person, is served between 3pm and 6pm daily and includes a three-tier tray of petits fours, pastries and an assortment of traditional French treats. 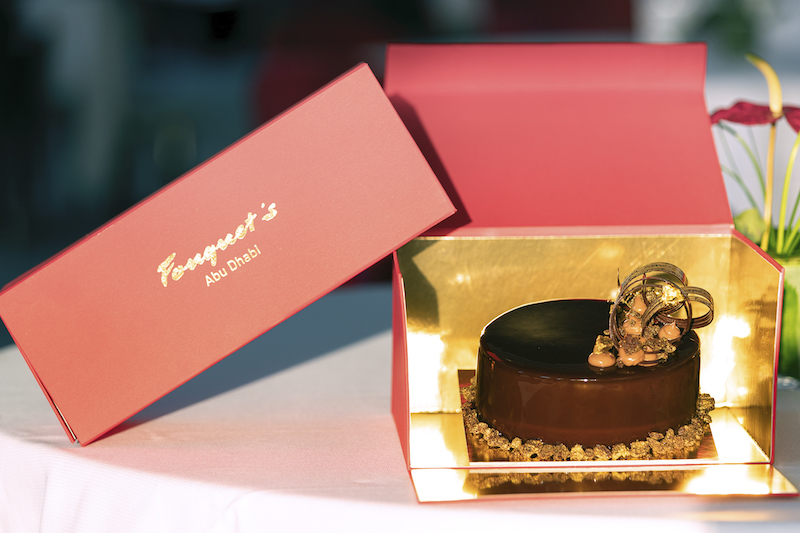 Fouquet’s Abu Dhabi is now preparing its famous selection of patisseries for indulging in at home. Place your order in advance, and you can take away gateaux greatness in the form of millefeuille, triomphe au chocolat and more. 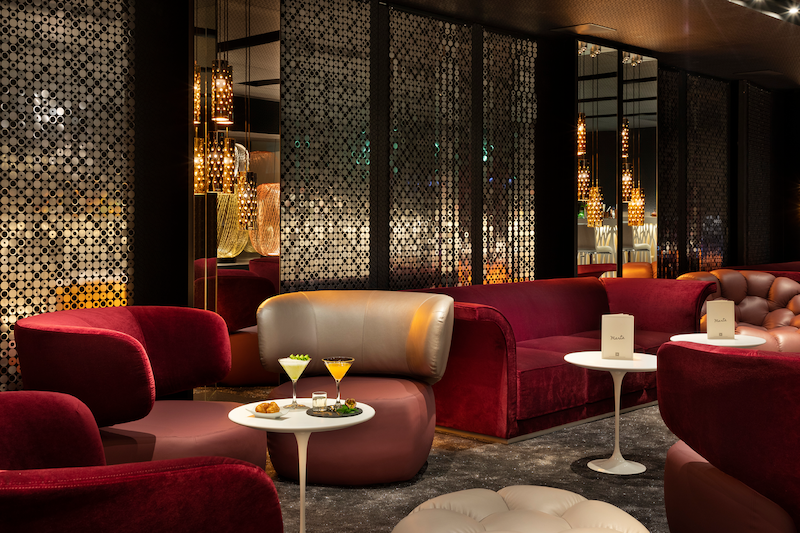 Accessed via a secret door inside Saadiyat’s charming brasserie Parisienne, Fouquet’s — is the super chic, Le Marta. It’s a low-lit, burgundy-spun Aladdin’s cave of tasteful design. Inside you’ll find a bar stocked with sophisticated tipples and mixologists of note.

Eat & Drink
Things to do
EDITOR’S PICKS
Here's the full list of UAE public holidays in 2023
READ MORE
23 incredible things to look forward to in the UAE in 2023
READ MORE
Hidden gems: 10 UAE desert pop-ups to discover this winter
READ MORE
Where to travel in 2023: 10 new flight routes from the UAE
READ MORE
MOST POPULAR
Miami Vibes Food Festival is returning to Dubai
Here's what happened at the first What's On the Menu of 2023 at Mosaic, Nadja Street
Alternative ways to celebrate Valentine's Day in Dubai
Date night: The most romantic bars in Dubai
8 lively things to do in Dubai this week: Jan 30 to Feb 2
YOU SHOULD CHECK OUT
Our website uses cookies and other similar technologies to improve our site and your online experience. By continuing to use our website you consent to cookies being used. Read our privacy policy here.