Where to play padel – the biggest sporting craze in Dubai

Padel is the new buzz word in fitness. Here’s the full lowdown on the tennis alternative and the best places to serve up a treat…

Move over Wimbledon – padel is the new kid on the block. Invented in 1969 in Mexico by Enrique Corcuera, padel was recognised as an international sport in September 2019 and is one of the world’s fastest growing sports by participation.

Played predominately as a doubles game, it’s very similar to regular tennis with a bit of squash thrown in: the court is about 25 per cent smaller than a tennis court and enclosed in glass walls, which can also be utilised during play – and metal mesh fences that can’t.

When it comes to keeping score, you go up 15, 30, 40 as usual. The serve is under arm, the racket is smaller and more of a flat bat, and the balls have a lower pressure. It’s often called padel tennis, which can be confusing as there’s another less-played sport called Paddle Tennis, which is similar but doesn’t use walls.

Right, you’re ready to play. Here are the five top places to volley, lob and smash your way around a Padel court… 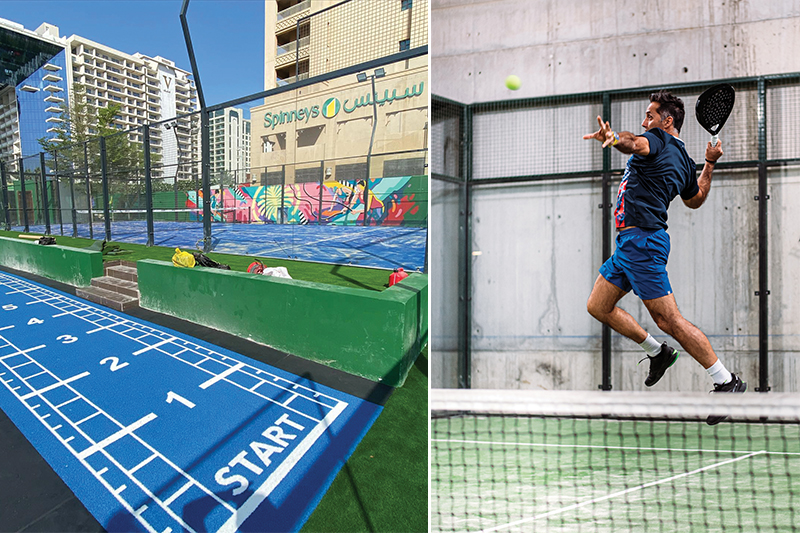 Newly opened in April, Smash offers three courts alongside its modern indoor-outdoor gym on The Palm. In fact, if you take out a yearly gym membership you get eight padel court bookings thrown in for free. If you’re not one for the gym, padel courts can be booked for Dhs200 for a 90-minute session during off-peak hours, or Dhs320 during peak hours. Racket and ball hire starts at Dhs30. Playing singles? It’s Dhs95 per person to book.

Want to take a break from tee time? Emirates Golf Club, Jumeriah Golf Estates and Dubai Creek Golf & Yacht Club all have padel courts run in association with the Real Racquet Academy.  The clubs offer everything from group practice, ladies only sessions, private classes, specific cardio training sessions, a kid’s padel club, tournaments and friendly competitions.  Head of Real Raquet Academy Padel Dubai, Toni Salord heads up the team of experts that are ready to help you improve your game, but if you’d rather just book a court for a knock around that’s also possible, with prices starting at Dhs 300 for 90 minutes off-peak and Dhs 380 for peak times. There’s a 25 per cent discount for members. 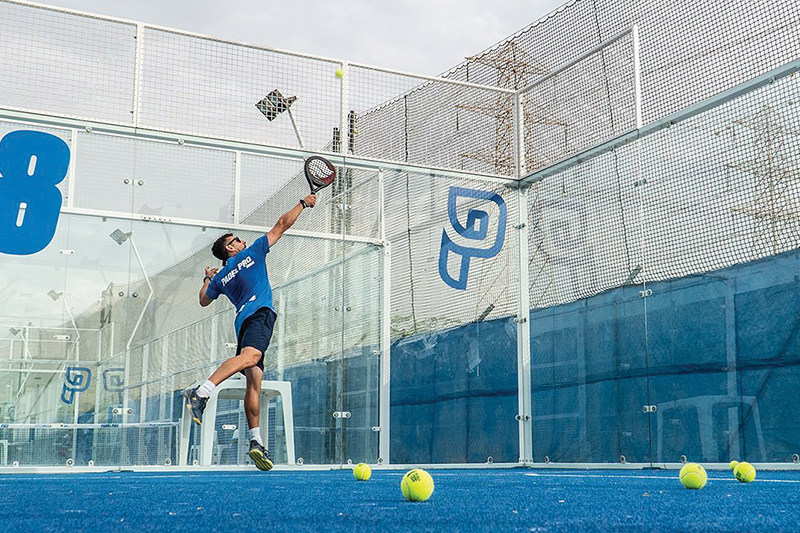 Whether you just want to book a court for a game, you’re keen to get some expert help with your game, or you’re looking to enter a tournament, Padel Pro in JLT cover it. In fact, even if you don’t have tennis buddies to play with, Padel Pro offers a ‘match-making’ service to team together players. Court hire starts at Dhs95 for a generous 90 minutes if you buy a ‘5 Match Package’, with the cost getting cheaper if you buy bigger packages. Drop them a line if you’re looking to try out for a single hire only. 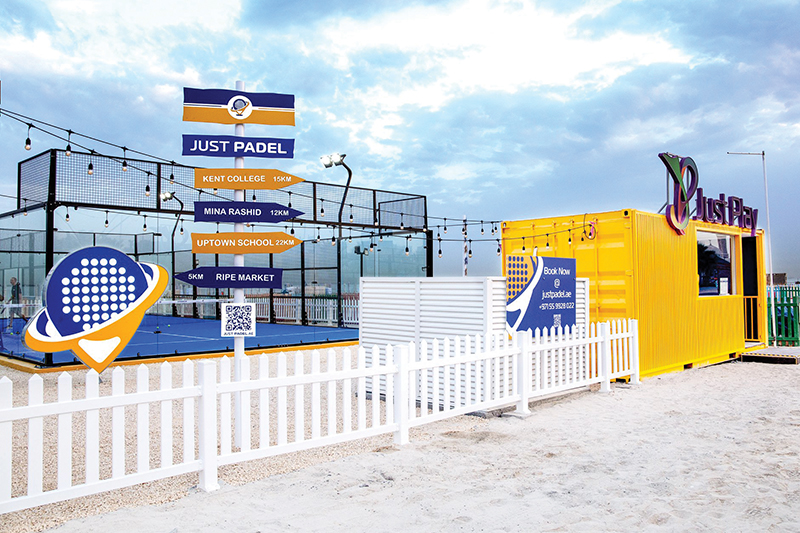 With four locations around town –Kite Beach, Kent College in Meydan South, Uptown School in Mirdiff, and brand new courts at Mina Rashid Marina – Just Padel has all four corners of Dubai covered. Prices vary depending on the locations, starting at Dhs180 plus VAT for 45 minutes at the school venues, and Dhs220 plus VAT at Kite Beach, equipment hire is Dhs30 for one racket and three balls. Want to stay on another 45 minutes? Ask about cheaper rates for your back-to- back sessions.

Want your padel with a bit of aircon? Then head indoors to Dubai Sports World, where the sport has been on the schedule every summer for a number of years now. Prices start at Dhs100 an hour to hire a court, going up to Dhs150 during peak hours and booking ahead is recommend as the courts are super popular this year. There are rackets and balls available to hire, too, but bringing your own is advised (if you have them) due to Covid precautions.

Indoor
Outdoor
Sport & Fitness
EDITOR’S PICKS
Here's the full list of UAE public holidays in 2023
READ MORE
23 incredible things to look forward to in the UAE in 2023
READ MORE
Hidden gems: 10 UAE desert pop-ups to discover this winter
READ MORE
Where to travel in 2023: 10 new flight routes from the UAE
READ MORE
MOST POPULAR
UAE sends aid and rescue teams to earthquake-hit Turkey and Syria
26 of Dubai's best beachfront restaurants
8 wonderful things to do in Dubai this week: Feb 6 to 9
Where to go to get your Al Baik fix in the UAE
Reset and recharge with a relaxing staycation at this stunning Dubai hotel
YOU SHOULD CHECK OUT
Our website uses cookies and other similar technologies to improve our site and your online experience. By continuing to use our website you consent to cookies being used. Read our privacy policy here.