World-famous attraction Madame Tussauds to open in Dubai this year

Cameras at the ready…

Ever wanted to get a selfie with a famous celebrity, but not been quite close enough to make it happen? Well, all that is about to change.

World-famous attraction, Madame Tussauds, is finally making its way to Dubai. Opening its doors on Bluewaters ‘later this year’, Madame Tussauds Dubai is set to be a must-see activity for all ages.

If you’re not already familiar with the concept, let us explain. Madame Tussauds is a house of waxworks, where uncanny copies of your favourite famous faces, from Kylie Jenner to Cristiano Ronaldo, will line the halls, so you can get up close and personal with the ultimate stars.

The museum was founded by French wax sculptor Marie Tussaud in 1835, and the first location opened in Baker Street, London. Famous waxworks of that time included Lord Nelson, the Duke of Wellington, King Henry VIII and Queen Victoria. 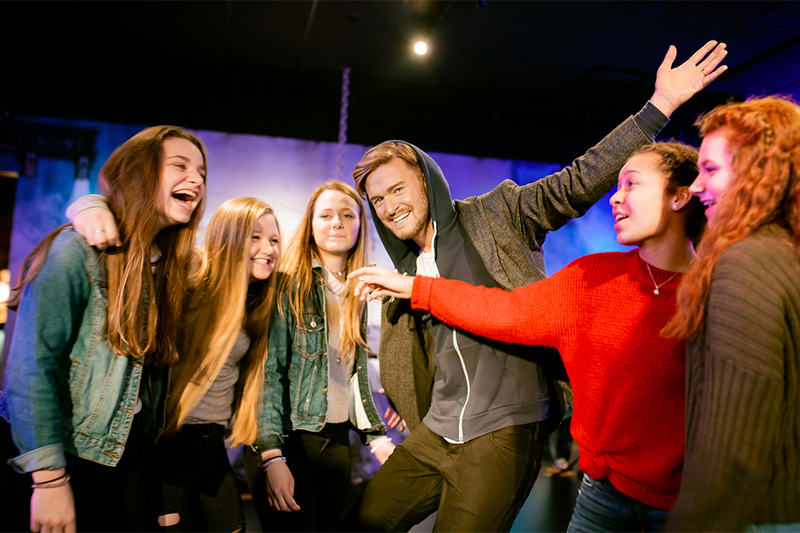 Here in Dubai, waxworks of everyone from British model Cara Delevigne to Bollywood legend Shahrukh Khan will be waiting for you at the venue, giving visitors the chance to enjoy a proper look at some of the biggest names in film, TV, music, politics and more.

This will be the first time that the iconic attraction makes its way to the Middle East, after launching a number of museums around the world in locations such as Hollywood, New York City, London, Sydney, Las Vegas, Amsterdam, Tokyo and many more.

Just to give you an idea of the level of detail that goes into the design, each waxwork takes an artist 12 weeks to create. The artist ‘documents up to 500 precise body measurements, inserts real hair strand by strand, applies countless layers of paints to build up the skin tones, and more.’

Whilst we don’t yet know an exact opening date, keep your eyes peeled – you won’t want to miss this….

Things to do
EDITOR’S PICKS
UAE holiday dates announced for Eid Al Adha
READ MORE
Another update: Emirates extends suspension of flights from India to UAE
READ MORE
Coming soon: Everything we know about Ain Dubai so far
READ MORE
Khorfakkan set to open new tourist attraction 580 metres above sea level
READ MORE
MOST POPULAR
It's Dhs350 to brunch, stay and play at the What's On Lock In this weekend
After party: 8 of Dubai's best after-brunch deals on a Friday
Jones The Grocer is bringing its cheese, grape and jazz night to Abu Dhabi
A two-day art festival is taking place in Alserkal Avenue this weekend
Transport to Greece as Opa's monthly brunch returns
Al Qana update: Abu Dhabi mega project announces four new F&B outlets
YOU SHOULD CHECK OUT
Our website uses cookies and other similar technologies to improve our site and your online experience. By continuing to use our website you consent to cookies being used. Read our privacy policy here.