Family
Things to do

Dubai’s indoor rainforest, The Green Planet, has welcomed its largest animal to date; a two-year-old male bearcat called Fluffy. The adorable creature, given his name due to his cute, fluffy appearance, has moved into the attraction, giving visitors the chance to meet and interact with him.

Bearcats get their name from their cat-like heads and bear-like bodies and they also have long monkey-like tails which they use like an arm. However, they’re not related to any of those animals, they’re part of the Viverridae family, and their scientific name is Binturong.

This particular bearcat is 14 kilograms, but can grow up to 30 kilograms and live until around 25 years of age. Fluffy was born at a zoological facility in Serbia and is the first ever bearcat to live in a large mixed species exhibit such as The Green Planet. 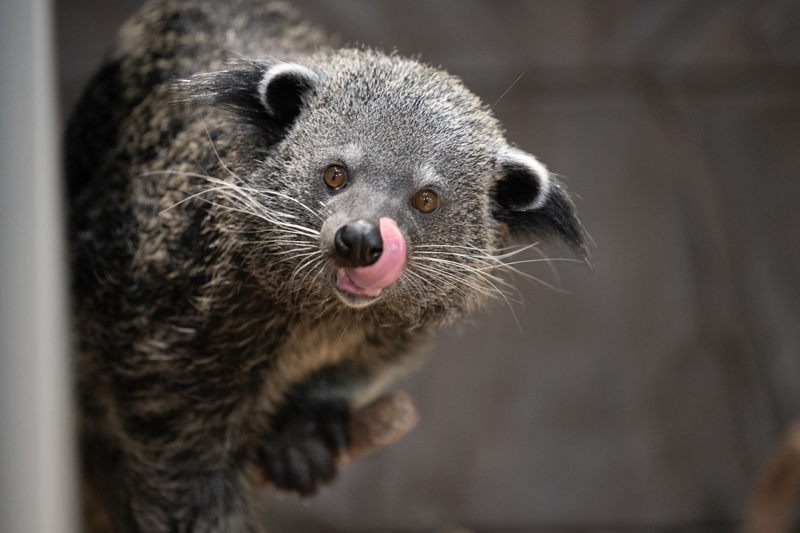 An interesting fact is Fluffy’s natural scent – he lets off an odour very similar to the smell of buttered popcorn. His favourite foods to eat include bananas, grapes and apricots, as well as cooked chicken.

Victoria Lynn, General Manager – Dubai Holding Entertainment – Attraction, said: “Fluffy is a solitary animal, which means that he does not live in groups or families and therefore, it was time for him to leave his parents and become an ambassador on behalf of his species and for all larger rainforest animals.

“By joining The Green Planet, he will help to teach us more about the incredible Bearcat species and help to educate our guests and visitors on why the protection of the environment and the Bearcat habitat is so important. Fluffy is currently settling in well to his new home and we look forward to welcoming guests to see him!”

Family
Things to do
EDITOR’S PICKS
What’s On Nightlife Awards 2021: Here are the nominees...
READ MORE
It's back! What's On Lock In returns to Media One Hotel
READ MORE
Arts and culture: 5 spots we can't wait to visit at Expo 2020 Dubai
READ MORE
UAE petrol prices are set to decrease in September 2021
READ MORE
MOST POPULAR
Abu Dhabi: Wristband no longer required for most home quarantine
As of September 19, PCR test not required to enter Abu Dhabi from UAE
This new family-friendly brunch includes free cinema tickets
Pics of the week: Your best photos of the UAE
How to use Playkey.me, the region's first supercharged cloud gaming service
YOU SHOULD CHECK OUT
Our website uses cookies and other similar technologies to improve our site and your online experience. By continuing to use our website you consent to cookies being used. Read our privacy policy here.