Who would be your mountain top shooting star spotting buddy be..?

The UAE likes to go hard when it comes to light and fireworks displays, but up there in the wild shadow yonder, the cosmos has had a lot of practise in putting on its own pyrotechnic performances.

This Thursday, August 12, fire will rain through the skies above our heads as the Perseids (AKA the Perseid meteor shower) reaches its most prolific peak, spitting out between 60 to 100 meteors per hour.

The best place to watch the Perseid shower in the UAE

The best places to catch the starlit ballet, are of course where light and air pollution are at a minimum.

And there are few places in the Middle East that tick those boxes, quite as thoroughily as Ras Al khaimah’s Jebel Jais. 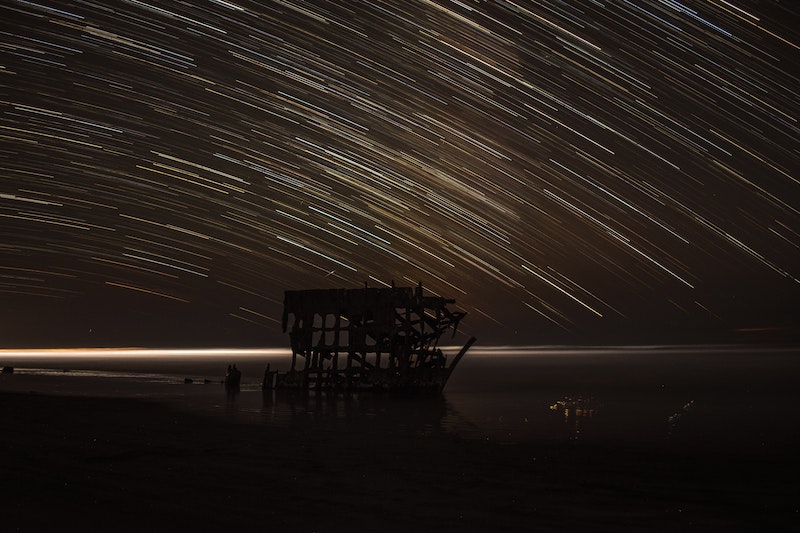 Taking place on Thursday August 12, between 8pm and 4am on Jebel Jais, in Ras Al Khaimah, you can book your spot now on the althurayaastronomycenter.ae website.

It’s Dhs250 for adults (or Dhs400 if you register after 6pm on August 11), Dhs200 for kids (or Dhs300 for late registrations), and there are discounts for Dubai Astronomy Group (DAG) members. That’s astronomy, not astrology. Nobody cares if you’re an asparagus with scabies rising, Susan.

What’s On, on top of the rock

What are are Perseids?

The Perseid meteor shower is an annual astronomical event, observable from the earth with the naked eye. The objects that make up the display, are particles from the Perseid cloud, a smattering of groovy space dust sprinkled by the tail of the Swift–Tuttle comet.

They’re named ‘Perseid’ because, due to the trajectory, they appear to be coming from the constellation Perseus. And whilst we’re geeking out, we may as well go the whole way and briefly skim through a bit of greek mythology — Perseus is named after a Greek demi-god, the half mortal son of Zeus who is best known for his work in whacking monsters, having lopped Medusa’s snakey head off, and rescued Andromeda from the sea monster, Cetus.

Between July 17 and August 24 scores of shooting stars streak through the upper limits of earth’s atmosphere, casting long kaleidoscopic tails and bursting into fireballs against the backdrop of the dark night sky.

The intensity of the showers is always highest around the middle of August, with this year’s forecasted climax being August 12.

Culture
Nightlife
Things to do
EDITOR’S PICKS
What’s On Nightlife Awards 2021: Here are the nominees...
READ MORE
It's back! What's On Lock In returns to Media One Hotel
READ MORE
Arts and culture: 5 spots we can't wait to visit at Expo 2020 Dubai
READ MORE
UAE petrol prices are set to decrease in September 2021
READ MORE
MOST POPULAR
Movie review: How good is new sci-fi epic, Dune?
Pics of the week: Your best photos of the UAE
A stylish new Southern-European Neo Bistro is opening in Dubai
Staycation at this stunning hotel which is now dog-friendly
Get an Expo 2020 Dubai monthly pass for Dhs95 valid for the whole of October
YOU SHOULD CHECK OUT
Our website uses cookies and other similar technologies to improve our site and your online experience. By continuing to use our website you consent to cookies being used. Read our privacy policy here.