Sponsored: Stumped over where to watch the IPL?

Back after a short break, one of the most exciting events of the cricketing calendar — the Indian Premier League (IPL) takes to UAE stadiums once more. This second half of the season begins on September 19 and will end with a grand final set for October 15.

Fans of electric-paced Twenty20 action are likely already planning out their spectating schedules, but if you’ve not been able to get tickets, you can still catch all the wickets, along with spectacular deals on drinks and dining, at Al Habtoor City gastropub, The Rose & Crown.

Best seats in the house 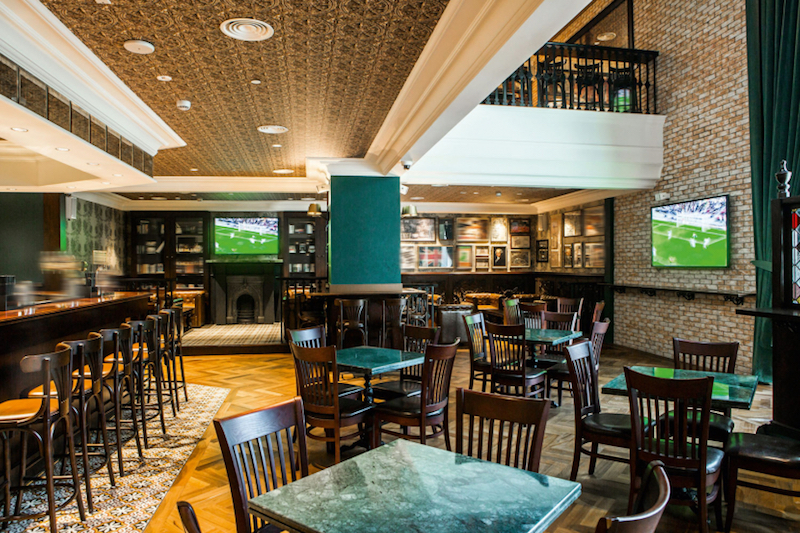 The Rose & Crown’s solid reputation as a sports spectating hub is at least partly built on the fact it has seven BIG screens in addition to the venue’s jumbo projector. More screens and seats mean more fans, and more fans mean a better atmosphere. Catch every swing, every boundary, every catch, stump thump and wayward Yorker in the company of your supporter clan. 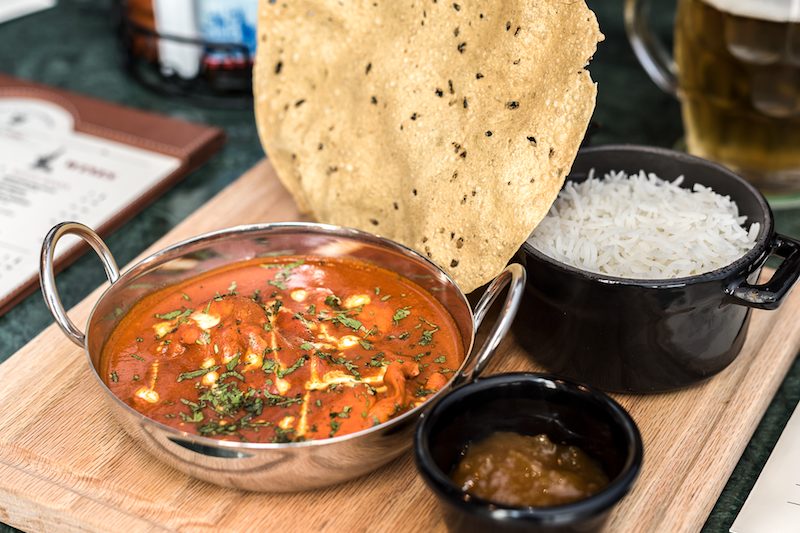 The Rose & Crown always fields an authentic batting lineup of gastro pub grub classics, but it has some special deals especially for the occasion of the IPL. You can pair the bar’s signature burger or a bowl(ing Shane) of the their famous chicken tikka masala with two pints of selected beers, all for Dhs150. And if for some inexplicable reason, that doesn’t knock you for six… There’s more…

On Mondays there’s a beer and wings night with a BOGOF (buy-one-get-one-free) deal on chicken wings, a selection of aromatic marinades and pints of selected Belgian hops all for Dhs35. Available 5pm to 11pm.

Between Friday and Sunday you can catch up on the cricket in the company of a real British roast. For Dhs250 you and your batting partner can tuck into one roast dinner each, and follow up with a tail-ending bottle of wine or bucket of beers. Carvery options include roast chicken, roast beef, roast lamb leg and there’s even a popular vegetarian roast option (which can be made vegan on request).

During the week you can stay thrifty at the crease with a Dhs59 business lunch that includes soft drinks.

There’s also a triple happy hour available every single day (including weekends) at The Rose & Crown — with select drinks just Dhs29 between 4pm and 7pm. 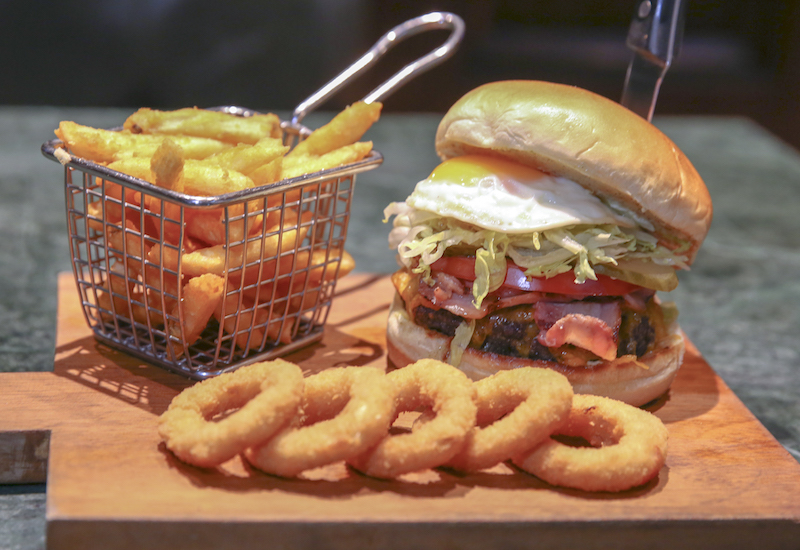 London has gone through a culinary renaissance over the past decade, and now enjoys a reputation as one of the finest gastronomic hubs of global cuisine. And the recently refreshed menu at The Rose & Crown pays homage to that pedigree of plate, with dishes such as dynamite chili, stout meatballs, sliders, ploughman’s board, chunky prawn burger, steak & chips, mussels & chips, steak & kidney pie, and desserts in the shape of Eton mess, sticky toffee pudding, apple crumble and macadamia brownies.

Be a team player 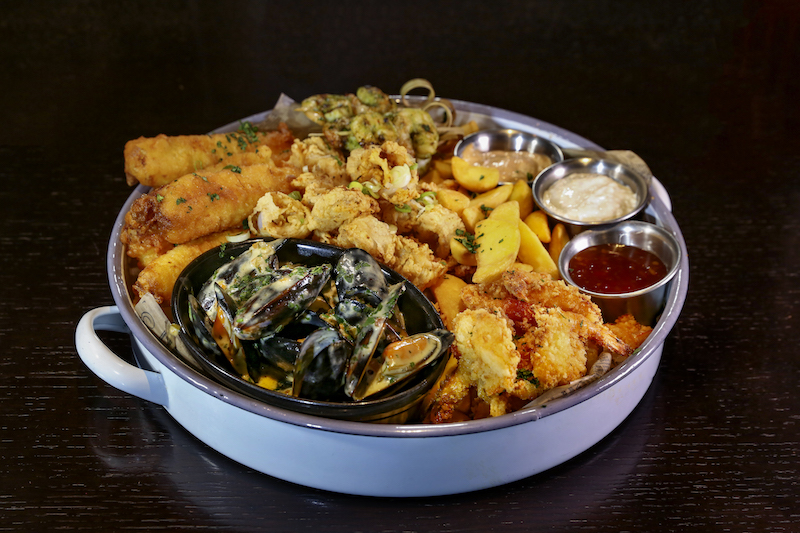 Sharing platters are the perfect spectating snack, no knives and forks, just delicious finger food favourites straight from plate to face. At The Rose & Crown you can bowl those hunger pangs out for a duck with the ribs & wings platter; a seafood platter – complete with mini fish & chips, breaded and grilled prawns, mussels, fried baby squid, chips and wedges; and a vegetarian platter – stacked up with potato skins, cheese balls, spring rolls, onion rings, parmesan cauliflower and Cajun potato wedges. 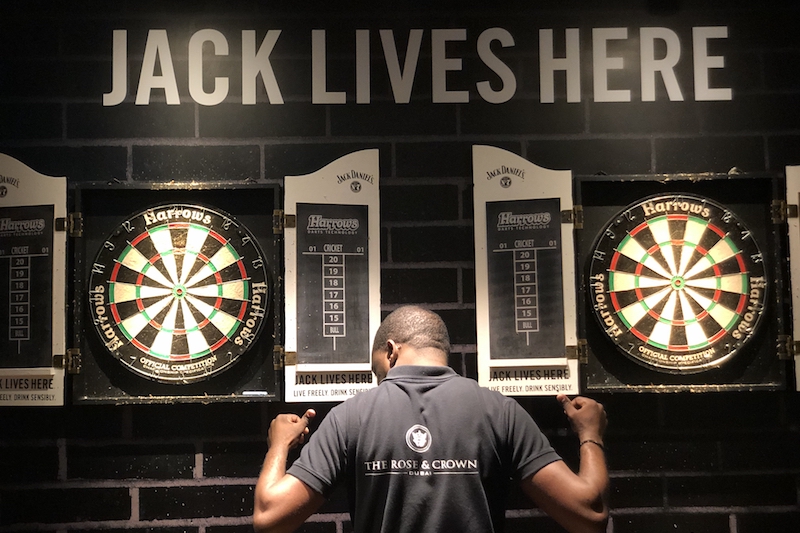 The venue’s big screens aren’t the only thing with game at The Rose & Crown. If you get tired of shouting instructions at your team on the TV, why not demonstrate your own sporting prowess on the pub’s pool table, dartboard and Jenga bricks.

Eat & Drink
Partner Content
Things to do
EDITOR’S PICKS
Here's the full list of UAE public holidays in 2023
READ MORE
23 incredible things to look forward to in the UAE in 2023
READ MORE
Hidden gems: 10 UAE desert pop-ups to discover this winter
READ MORE
Where to travel in 2023: 10 new flight routes from the UAE
READ MORE
MOST POPULAR
The best ways to say "I love you" at JW Marriott Marquis Hotel Dubai
Lebanese restaurant Al Beiruti has opened its doors in Dubai Hills Mall
10 things to look forward to in Abu Dhabi this February
Miami Vibes Food Festival is returning to Dubai
Here's what happened at the first What's On the Menu of 2023 at Mosaic, Nadja Street
YOU SHOULD CHECK OUT
Our website uses cookies and other similar technologies to improve our site and your online experience. By continuing to use our website you consent to cookies being used. Read our privacy policy here.