Review: Mamma Mia! at Dubai Opera – How can we resist you?

Written by:
Laura Coughlin
3 days ago

A show with more cheese than a Greek salad, but still riotous good fun…

It has now been over three decades since the real Abba last toured but that hasn’t stopped Abbamania gripping the planet.

Today there are tribute acts and two feature films celebrating the music of the Swedish supergroup. But it’s arguably the stage show of Mamma Mia! – now 20 years old – that has continued to shine the brightest spotlight on Abba’s timeless appeal. 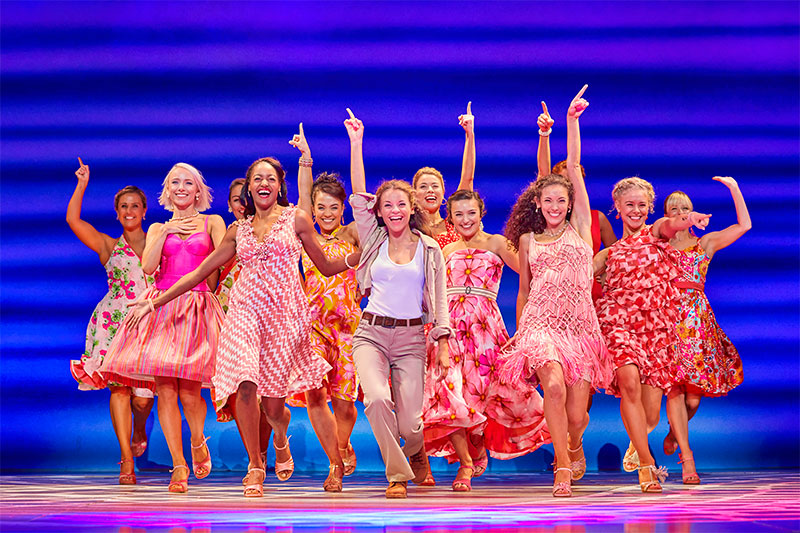 But what is it that makes the show so captivating? Well, quite apart from having some of the finest pop songs ever written, Mamma Mia! is the ultimate feel-good tale of love conquering all.

And we have Judy Craymer to thank for that.

It was her ingenious vision of staging the story-telling magic of Abba’s timeless songs to a sunny, funny tale of a mother, a daughter and three possible dads unfolding on a Greek island idyll. 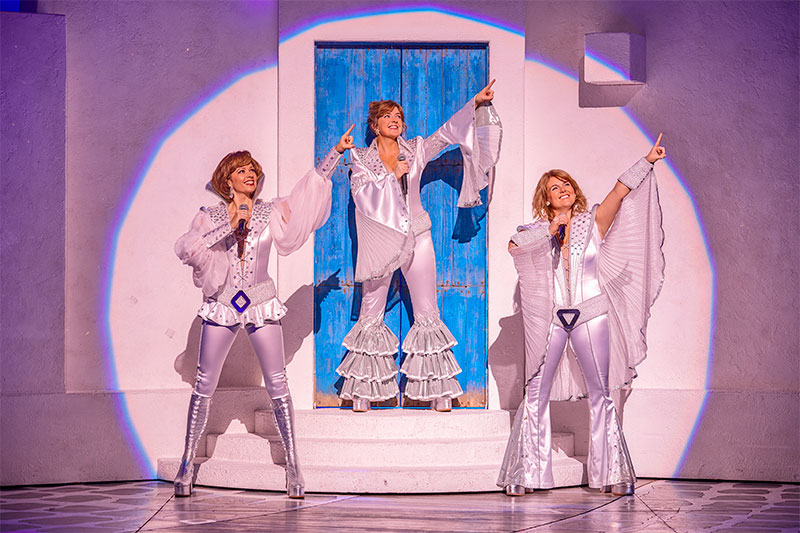 Since it opened in London in 1999, it has gone global with many international tours, including a glorious two-week stint now in Dubai from September 13 to 25.

On opening night – just two weeks after the band announced their first studio album in 40 years and a new virtual concert – the excitement across the Dubai Opera auditorium (covid capacity adhering) was palpable. A handful of audience members had gone all out with lycra, platform shoes, and polyester shirts. Many people were already shoulder-shuffling in their seats as the orchestra began their opening Abba medley. Everyone was in good form.

So, onto the show. 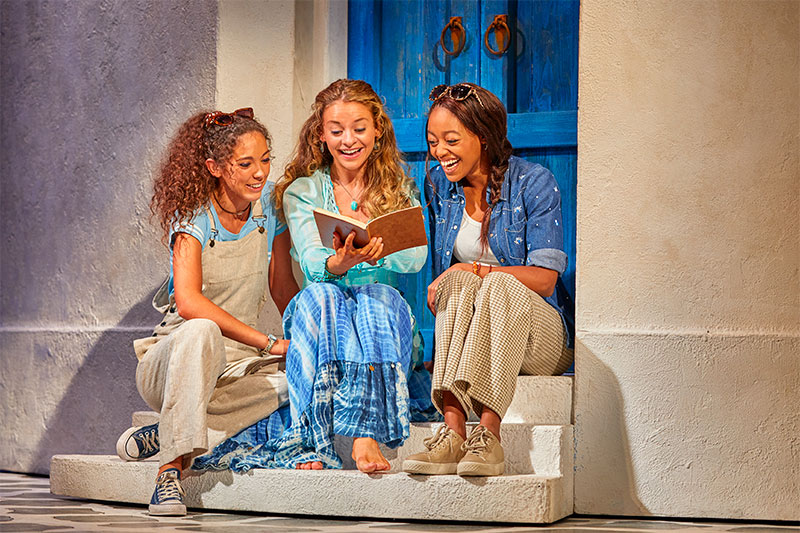 As the curtain rises, the audience is whisked to a mythical Greek island where we meet young Sophie (played by the vivaciously animated Lucy May Barker). She’s about to marry her boyfriend Sky (played by Toby Miles, complete with a strong voice and great abs) but wants her father, whom she’s never met, to attend the wedding. The only problem is that she has three possible Dads.

From then on, the show is a hilarious bubble of cheesy, silly, happy dappy characters that you can’t help but love. And the way the Abba songs are stitched into the narrative often makes you laugh at the absolute audacity of it all.

The Winner Takes It All, an achingly good song, is placed in the safe hands of lead character Donna (played by the effortlessly talented Sara Poyzer) as she talks about her past and present to the man who let her get away.

Dancing Queen becomes a favourite of the night, as Donna and her two best friends (played with gusto and slapstick brilliance by Helen Anker and Nicky Swift) dance around the bedroom and sing into anything lying around on the dresser.

But for us, it’s the ball-busting ensemble scenes that we’ll not forget in a hurry, where the likes of Voulez-Vous, Gimme! Gimme! Gimme! and Lay All Your Love On Me were performed with such vitality and joy that nearly has everyone off their seats and dancing down the aisles.

The wonderful thing about Mamma Mia! is that just when you think the story needs to get a wriggle on, along comes an Abba song to perk you right up.

So yes, Mamma Mia! certainly has more cheese than a Greek salad, but the highly amusing choreography, the brilliant songs and the unmistakable devotion of the cast, means that everything sort of just works, and you end up warbling Waterloo in the queue for the car park lifts and shrieking Dancing Queen all the way down Sheikh Zayed Road.

Culture
Theatre
EDITOR’S PICKS
What’s On Nightlife Awards 2021: Here are the nominees...
READ MORE
It's back! What's On Lock In returns to Media One Hotel
READ MORE
Arts and culture: 5 spots we can't wait to visit at Expo 2020 Dubai
READ MORE
UAE petrol prices are set to decrease in September 2021
READ MORE
MOST POPULAR
This new family-friendly brunch includes free cinema tickets
Pics of the week: Your best photos of the UAE
How to use Playkey.me, the region's first supercharged cloud gaming service
The Mai Dubai half marathon is back in October
Exhibitions, workshops and more to experience at Sharjah Art Foundation
YOU SHOULD CHECK OUT
Our website uses cookies and other similar technologies to improve our site and your online experience. By continuing to use our website you consent to cookies being used. Read our privacy policy here.