Cyclone Shaheen is losing force as it moves towards UAE

The tropical storm that has killed at least 11 across the region, is weakening…

After gathering intensity over the warm waters of the Arabian Gulf, Cyclone Shaheen formed from the collapse of Cyclone Gulab which rattled the western coast of India, hit the Oman coast on Sunday, with a windspeed of up to 150kph.

Flash flooding and category two hurricane-strength winds wreaked havoc on the Sultanate next door, leaving the official death toll at 11, but with the tragic possibility of more fatalities to be announced later.

With the storm heading inland towards Al Ain, the UAE authorities were quick to act, announcing measures to mitigate any potential damage. Schools were temporarily given the go ahead to close, and residents were urged to stay at home.

But as the storm ventured further from the shore, its power began to fade and the Eastern regions of the UAE saw only moderate rainfall.

Following a weakening of tropical situation Shaheen in Al Ain, educational institutions will return to physical learning, construction work will resume, Covid-19 testing and vaccination tents in Al Ain will reopen, and access to Jebel Hafeet will reopen. pic.twitter.com/EKWNukEwHE

On Monday October 4, schools were permitted to reopen along with other commercial operations in the Al Ain region of the Abu Dhabi emirate. 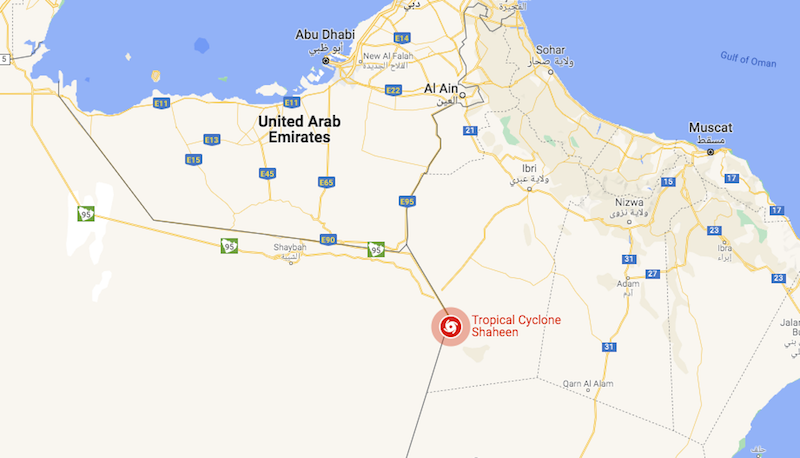 Speaking to The National, a spokesperson for the UAE’s National Centre for Meteorology (NCM) said “Because the source of power is the sea, and since the sea has high temperatures, it made it stronger,”

“But then it landed over Oman, so it lost energy and is weakening.

“Since last night until now, the eastern part of the UAE, especially over Al Ain, has been affected by this with light to moderate rain.

“The highest rainfall recorded (by 8.30am) was 3.4mm over Hummel Shakla an area near Al Ain,”