Top authors are coming to Emirates Airline Festival of Literature 2022

The Emirates Literature festival has a new venue, a new theme, a long list of authors and so much more…

Last month we announced that the 14th edition of Emirates Airline Festival Of Literature 2022 is taking place over 10 days from Thursday, February 3 to 12.

The What’s On award-winning festival announced that it will move to the canal side of Habtoor City hotels with a few events taking place at Expo 2020 Dubai. 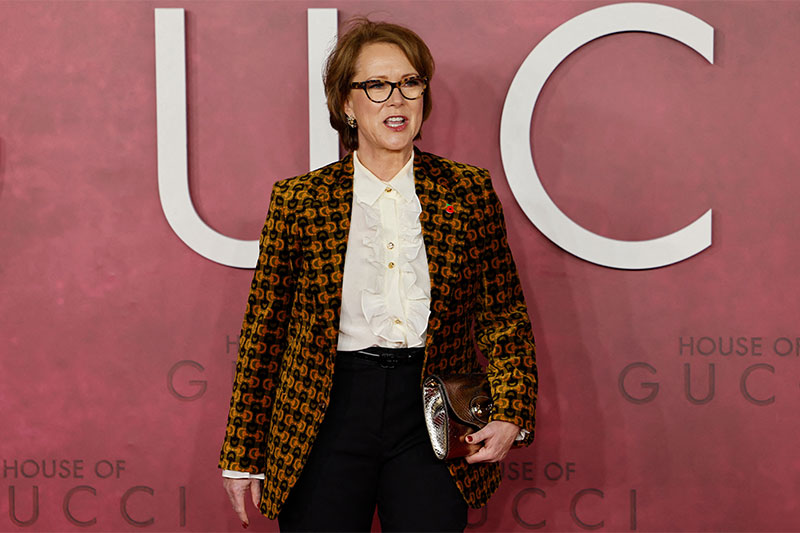 Fan of the hit Netflix sensation Bridgerton can look forward to seeing the author of the popular series Julia Quinn (above) and Ben Miller (who has also appeared on the show) at the event. Ben is a comedian and author of children’s fiction books, and non-fiction titles.

Also at the festival will be Sara Gay Forden – the author of Lady Gaga’s new movie – House of Gucci.

At Expo 2020 Dubai, a magical evening it taking place courtesy of Carlos Andrés Gómez, a star of the spoken word. Carlos acted alongside Denzil Washington in the 2006 American heist thriller film, Inside Man directed by Spike Lee. 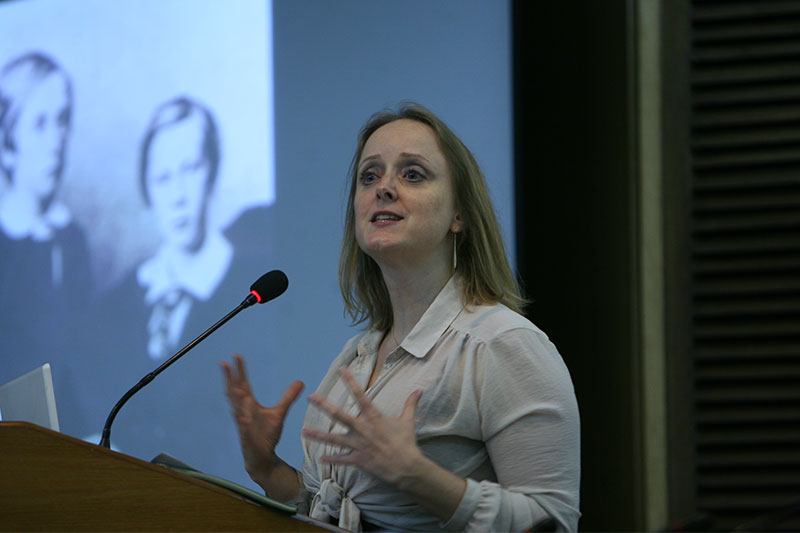 Charles Dickens is regarded as the greatest novelist of the Victorian era and he lives on through his popular novels. At the festival, you will be able to see his great-great-great-granddaughter, Lucinda Dickens Hawksley (above). Her books include biographies of her famous forebear and about women in history. 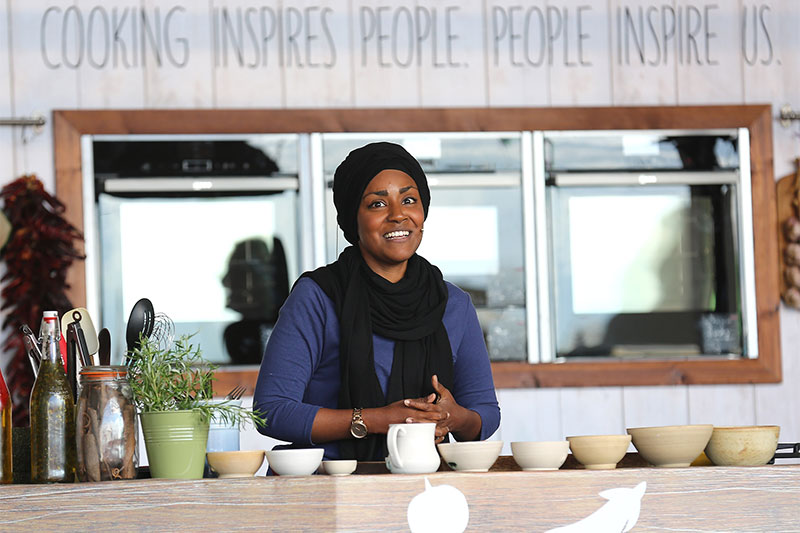 Returning to the literature festival is Bake Off star, mental health campaigner and author Nadiya Hussain (above) who will share how her life has been transformed since winning the hit show. Ben Bailey Smith aka Doc Brown – British actor, rapper, comedian and screenwriter will also be returning.

For fans of fiction, expect to see Alka Joshi (author of The Henna Artist), former Emirates Writing Prize winner Polly Phillips (with her debut novel, My Best Friend’s Murder) and many more.

Of course, the Emirates Airline Festival Of Literature is the perfect platform for local authors and readers to meet.

Some of the popular names you can expect include Annabel Kantaria, an Inaugural Montegrappa prize winner with five published novels, her latest, The House of Whispers.

Indian-American novelist, Avni Doshi will also be at the festival. Her debut novel, Burnt Sugar, was shortlisted for the 2020 Booker Prize and is being translated into more than twenty languages. 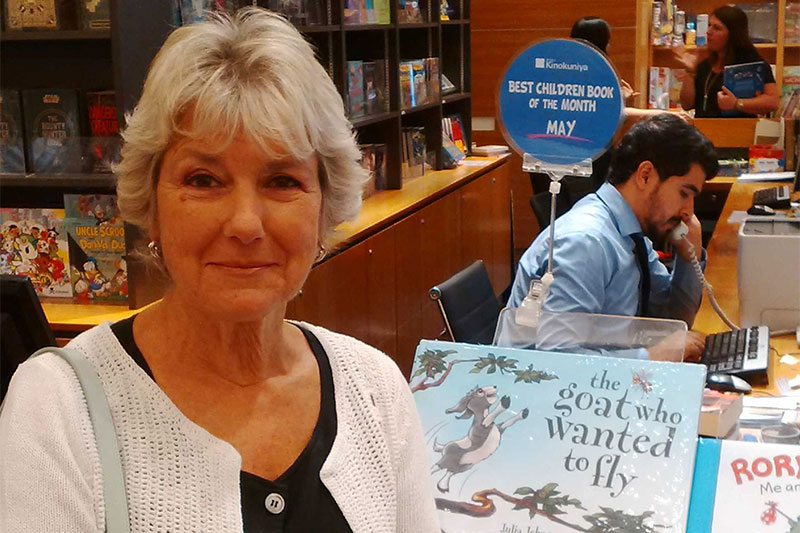 Children’s author, Julia Johnson is also returning to the festival. She has a number of popular children’s books under her name including The Pearl Diver, The Goat Who Wanted to Fly, The Leopard Boy and many more.

The former director of Art Dubai,  Myrna Ayad will be speaking a the festival for art lovers to enjoy. And of course, for kid’s entertainment, Magic Phil will wow the little ones (and even the adults) with his performances.

The festival will see plenty more big names from history, art and design, science, the business world and of course, plenty for children and young adults.

Emirates Airline Festival Of Literature 2022 dates announced
What's On the Bookshelf: 3 books that celebrate the art of letter writing 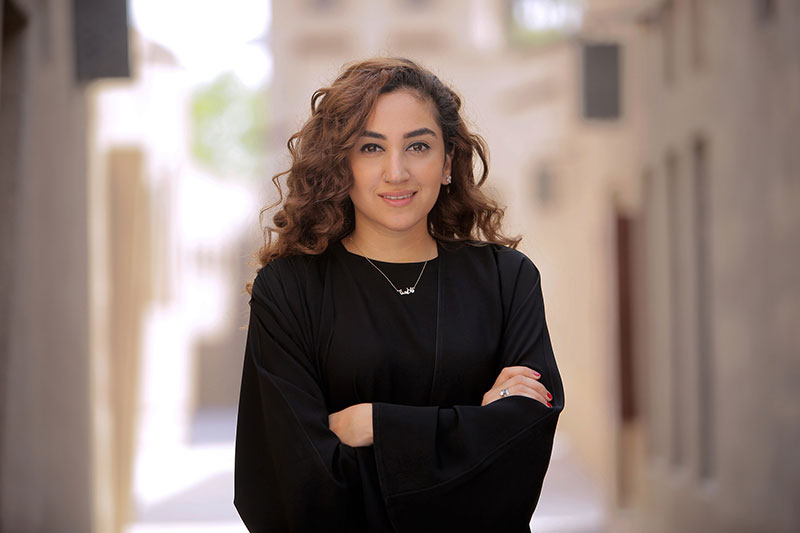 Ahlam Bolooki, director of the Emirates Airline Festival of Literature said, ‘We are thrilled to be able to welcome international authors back in person, and brimming with excitement about our new venue, our phenomenal programme, and as always, the unforgettable stories the Festival will give rise to. We have some very special sessions planned for the coming edition, and I am telling everyone to book early because if you blink, you will miss your chance.”

The full list of authors will be available soon on the website and of course, head back to whatson.ae to hear details about the program of events as we draw closer to the festival date. Book early, as Ahlam states ‘because if you blink, you will miss your chance.’

More information about the Emirates Literature Foundation can be found here.

Books
Culture
Events
EDITOR’S PICKS
UAE holiday dates announced for National Day
READ MORE
Emirates Dubai 7s is back: Here's why we're excited...
READ MORE
Tennis ace Andy Murray to play at Mubadala World Tennis Championship
READ MORE
UAE 50: Where to watch National Day fireworks in Dubai
READ MORE
MOST POPULAR
UAE confirms its first case of the Omicron variant
Alhosn Green Pass to only be valid for 14 days after negative PCR
20 of the best things to do in Abu Dhabi this long weekend: Part 2
First look: London-loved restaurant The Cinnamon Club opens in Dubai
Check out this amazing display at the world's highest outdoor infinity pool
YOU SHOULD CHECK OUT
Our website uses cookies and other similar technologies to improve our site and your online experience. By continuing to use our website you consent to cookies being used. Read our privacy policy here.