With boundary-pushing takes on regional cuisines that celebrate the diversity and range of the country’s culinary heritage, it’s no wonder that modern Indian cuisine is having a moment in Dubai.

New to town is Chef Vivek Singh, one of the spearheads for this movement, with six cookbooks, and a handful of revered Indian restaurants to his name. Following the success of The Cinnamon Club, Cinnamon Kitchen, Covent Garden’s Cinnamon Bazaar, Cinnamon Kitchen Oxford and most recently Cinnamon Kitchen Battersea, he’s now opened his first international post at Park Hyatt Dubai. 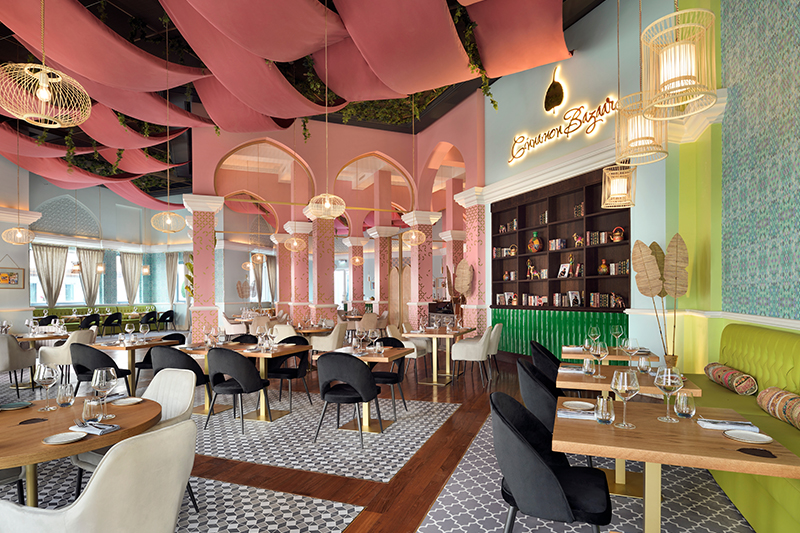 The colourful world of Cinnamon Bazaar draws inspiration from the colours, sounds, smells and energy you find in many spice markets across India. But it’s given a splash of luxury and cool Dubai glam with the presence of a live DJ and stunning views across the Creek.

The modern Indian dishes are also inspired by the marketplaces that lie on the various trading routes that connect the empires of the Old World. You’ll find a range of exciting modern chaat offerings, including a Jodhpuri kachori chaat, stuffed with spiced onions, curried white peas, and smothered in a medley of multicoloured chutneys, and a beautiful watermelon chaat with amaranth seeds, date chutney and masala cashew nut. 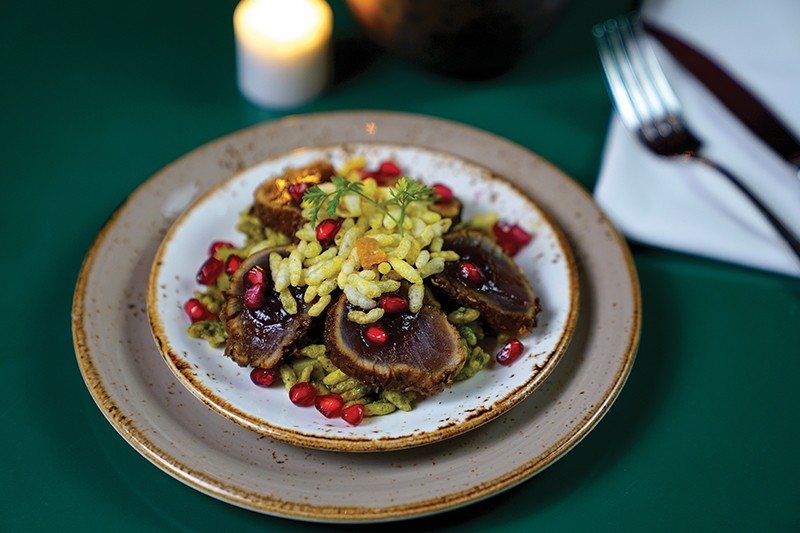 Mains are equally exciting with gravy curries and modern plates sitting side by side. Highlights include the Rajasthani lamb and corn curry with stir fried greens, and the hugely popular roganjosh Shepherd’s Pie, made famous in Chef Singh’s London venues. These dishes are complemented with an exciting drinks menu that features a range of colourful signature cocktails, including the spicy-sounding masala fizz.

A restaurant then with a real capacity to surprise, and you get the feeling there is plenty more to come from the team over the coming months. Case in point: the new High Chai weekend offering (available Fri to Sun 3pm to 5pm), bringing a traditional tea-time spread inspired by Vivek’s roots, with savoury snacks and a selection of Indian spiced teas from Dhs125 per person.

Eat & Drink
Partner Content
Restaurants
EDITOR’S PICKS
Here's the full list of UAE public holidays in 2023
READ MORE
23 incredible things to look forward to in the UAE in 2023
READ MORE
Hidden gems: 10 UAE desert pop-ups to discover this winter
READ MORE
Where to travel in 2023: 10 new flight routes from the UAE
READ MORE
MOST POPULAR
Nobu Hospitality to open luxury resort in Ras Al Khaimah
How to become the best version of yourself in 2023
106 amazing new restaurants coming to Abu Dhabi very soon
Rafting and surfing adventures are now back at this Abu Dhabi park
UAE fuel prices are rising in February
YOU SHOULD CHECK OUT
Our website uses cookies and other similar technologies to improve our site and your online experience. By continuing to use our website you consent to cookies being used. Read our privacy policy here.