The Abu Dhabi Crown Prince, who also goes by the initials MBZ, was born in Al Ain in 1961, making this his 61st birthday. 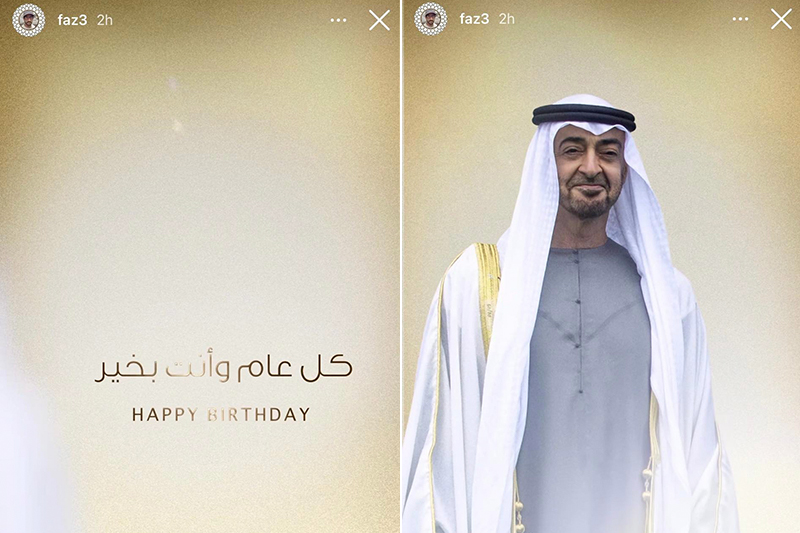 An admired and adored leader, Sheikh Mohamed has a keen interest in falconry, a passion he inherited from his father, and established the Mohamed bin Zayed Falconry and Desert Physiognomy School in 2016. Outside of falconry, the Crown Prince of Abu Dhabi maintains a deep interest in poetry, especially that of the Nabati style which is native to the region, and follows a number of sports in the UAE, regularly meeting with sportsmen and women to recognise their achievements. ​

News
Royals
EDITOR’S PICKS
Here's the full list of UAE public holidays in 2023
READ MORE
23 incredible things to look forward to in the UAE in 2023
READ MORE
Hidden gems: 10 UAE desert pop-ups to discover this winter
READ MORE
Where to travel in 2023: 10 new flight routes from the UAE
READ MORE
MOST POPULAR
1484 by Puro launches the UAE’s highest afternoon tea
Check out 10 of the most expensive homes for sale in Dubai right now
The best ways to say "I love you" at JW Marriott Marquis Hotel Dubai
Lebanese restaurant Al Beiruti has opened its doors in Dubai Hills Mall
10 things to look forward to in Abu Dhabi this February
YOU SHOULD CHECK OUT
Our website uses cookies and other similar technologies to improve our site and your online experience. By continuing to use our website you consent to cookies being used. Read our privacy policy here.