What’s On the Bookshelf: 6 climate fiction books you need to read

Earth Day celebrations may have come and gone on April 22, but this shouldn’t just be an annual celebration. You’ve heard it time and time again, climate change is real and we all can do our part to help combat it.

To highlight this, our friends at the Emirates Literature Foundation have rifled through their shelves to share their favourite books that fit their sustainable ethos and the need of the times.

Now, stories about climate change have existed for at least half a century, but it was not till 2011 that they garnered enough interest to be labelled as a sub-genre of their own: cli-fi (aka climate fiction). But, is it really just ‘fiction‘ or could the earth-shattering drama faced by our protagonists in the book list below actually come true if we don’t change our ways and protect the planet?

A Friend of the Earth by T. Coraghessan Boyle 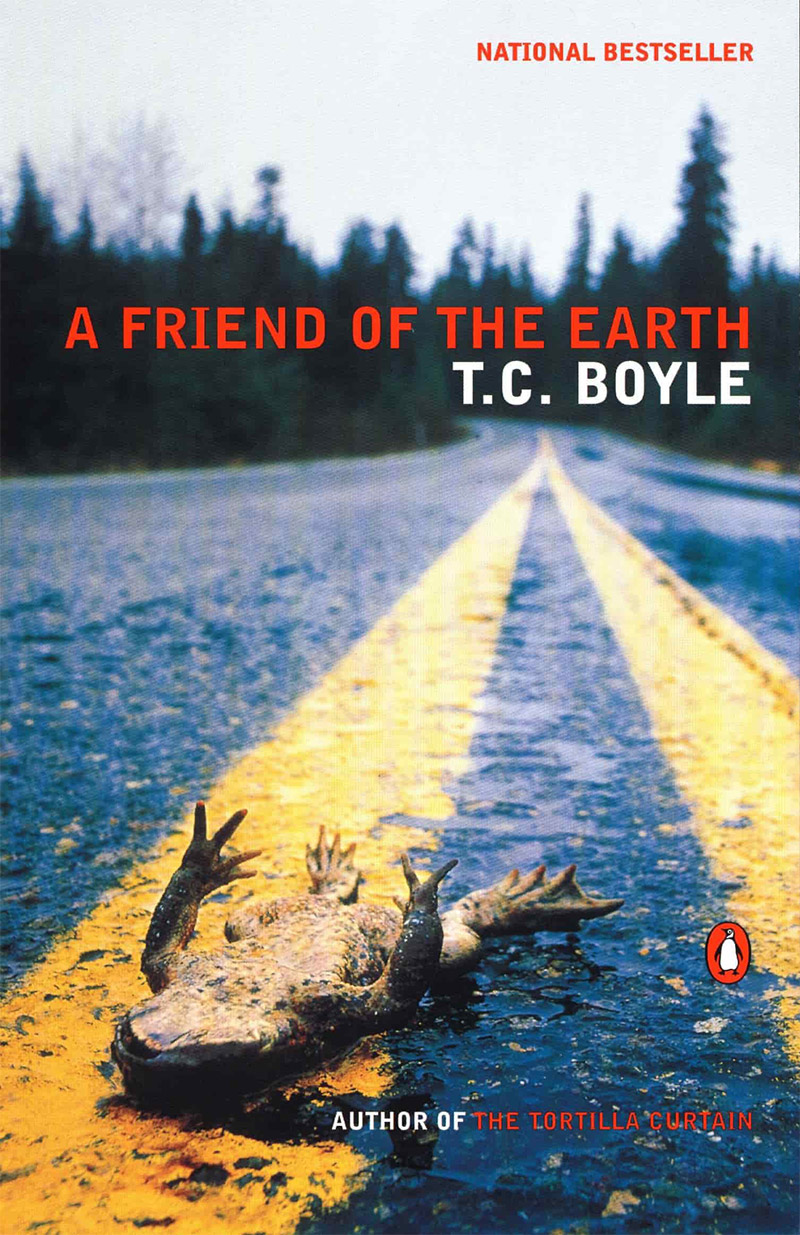 This book was featured as one of LitHub’s 365 books to start a climate change library. The protagonist, Tyrone Tierwater was once a passionate environmentalist turned eco-terrorist, and now a recovering felon is living in California. The year is 2025 and Mother Earth has eked its revenge for global warming with a collapsed biosphere and the extinction of several species of animals. It is at this pivotal point that our anti-hero’s ex-wife enters the scene and thrusts him into a recollection of the past that led to this crumbling present.

PEN/Faulkner award-winner, T.C. Boyle’s eighth book addresses the love of man and earth in a realistic yet satirical package that leaves readers with an urge to go away and learn more.

The Ministry for the Future by Kim Stanley Robinson 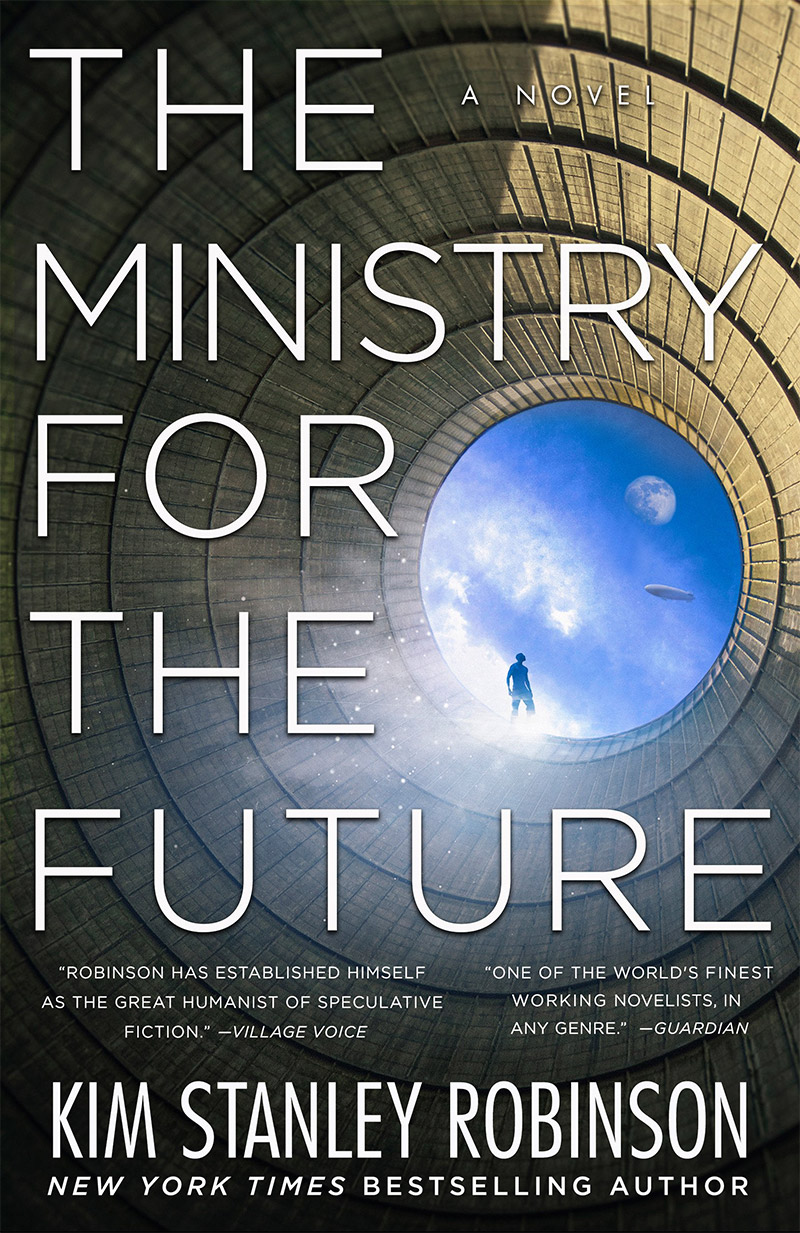 Kim Stanley Robinson is a veteran of ecological fiction and The Ministry for the Future was touted as his big climate change novel. It was also on Barack Obama’s list of favourite books.

The story begins with a heatwave in India that kills millions of people and kicks off a desperate attempt to slow global warming on an institutional level. A UN agency is created that is supposed to represent and protect the interests of future generations but its proposals are often at crossroads with the wishes and desires of the current generation.

Note: It is worth keeping in mind that this book was published in 2020 which begets the question: How would Kim Robison reimagine this story in a post-covid world? Something to think about…

The Water Knife by Paolo Bacigalupi 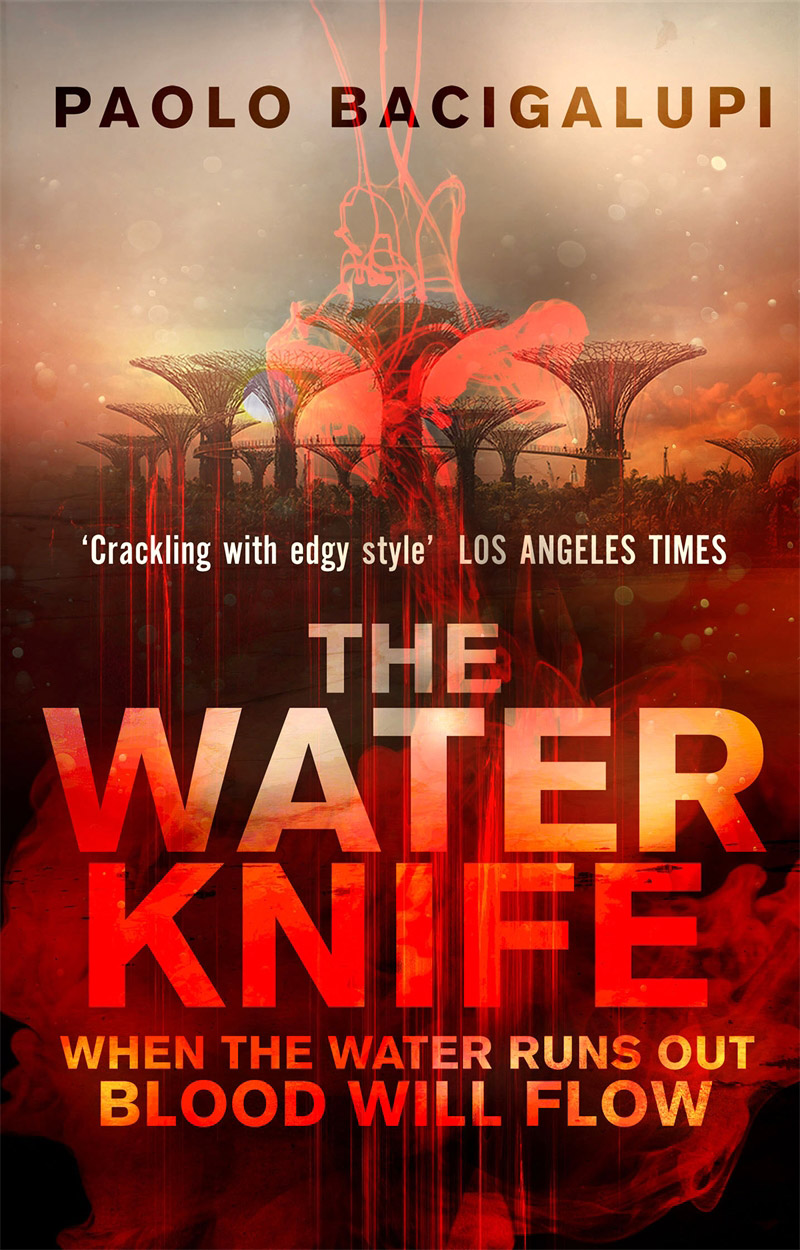 This New York Times bestseller is set in the southwestern United States where the country exists but not as we know it. Climate change and drought have resulted in a ruthless competition for water supplies that verge on outright war. It is rumoured that the city of Phoenix is home to a game-changing water source. It is also home to a hardened journalist, Lucy Monroe who will go to any lengths to protect the literal life-giving water source against the threat of water knives, the legendary protectors of Las Vegas’ water supplies.

Note: Similar to the other recommendations, this near-future novel also reads less like science fiction and more like a scary prediction of the state of the world if humans do not clean up their act.

The Year of the Flood by Margaret Atwood 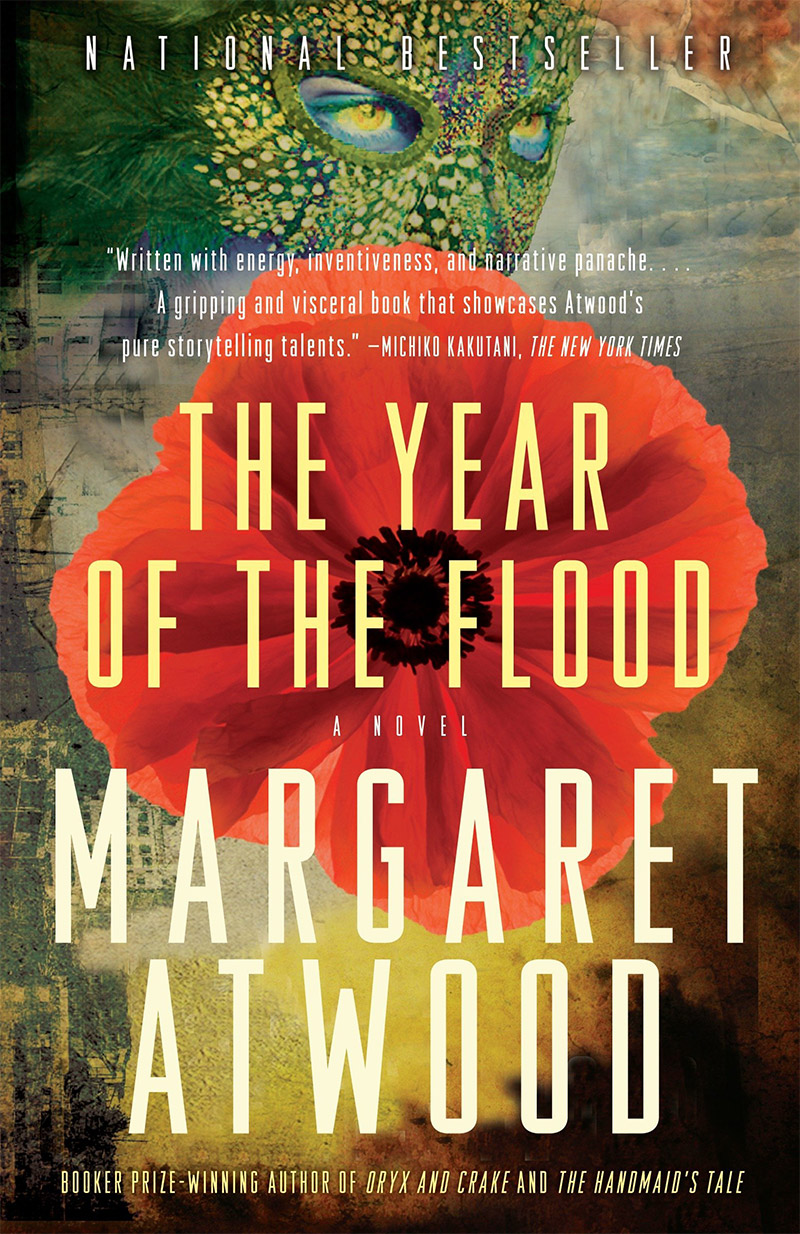 Atwood’s work is clever and her humorous dealing with the not improbable environmental catastrophe makes this book a well-deserved nominee for the 2009 Giller Prize.

A compassionate and hopeful dystopian tale about a religious sect called God’s Gardeners, whose faith is heavily impacted by science and climate. They are environmental advocates who live by the tenets of reducing, reusing and recycling and who boycott consumerism and practice vegetarianism. They believe that a natural disaster like ‘the flood’ is inevitable and will alter the face of the earth as we know it.

This is book two in the MaddAddam series – not a sequel but a parallel story and one can read the books in any order they please.

The Overstory by Richard Powers 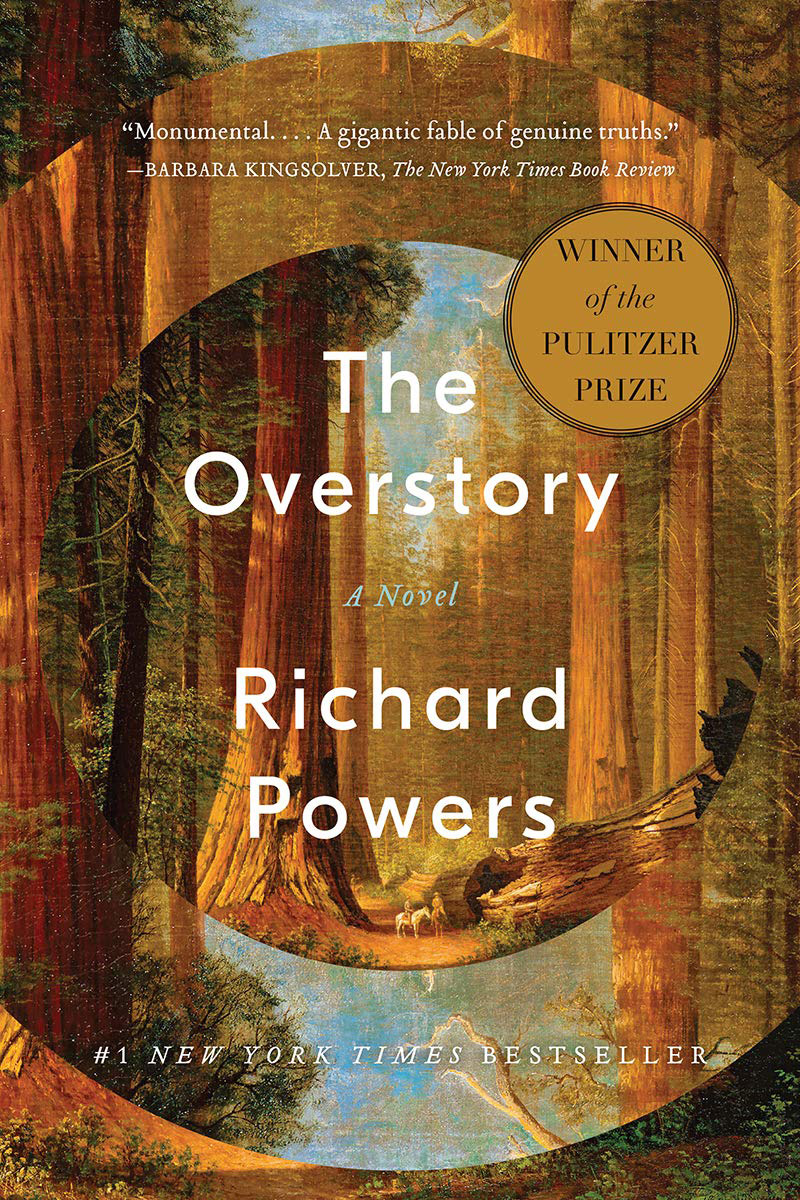 This listicle would be incomplete without the mention of The Overstory which was shortlisted for the Man Booker in 2018 and won the Pulitzer in 2019.

The central theme of this book is trees and human’s relationship with them. The metaphor of trees runs strongly throughout with the novel being divided into four sections: Roots, Trunk, Crown and Seeds. It begins with short stories of seemingly unrelated protagonists whose lives converge and then diverge with a dramatic climax with a plea to humankind to change their perspective of the world and hopefully… its destiny.

It’s lengthy, heavy and an emotional read. And while these would be off-putting characteristics in another author’s hand, Powers has produced a masterpiece of environmental fiction.

If you enjoyed these recommendations from the Emirates Literature Foundation team,  follow them on social media. You can find them on TikTok, Instagram, Twitter and Youtube where they discuss all things literary. They also have a blog and two podcasts, Boundless Book Club and the Best of the Emirates LitFest, which will be returning with biweekly content for a new season very soon.

Books
Culture
EDITOR’S PICKS
Here's the full list of UAE public holidays in 2023
READ MORE
23 incredible things to look forward to in the UAE in 2023
READ MORE
Hidden gems: 10 UAE desert pop-ups to discover this winter
READ MORE
Where to travel in 2023: 10 new flight routes from the UAE
READ MORE
MOST POPULAR
11 homegrown UAE restaurants that have gone global
13 new brunches in Dubai that will spice up your February
You can now tour these 12 ladies' nights on Yas Island
Sweep your special someone off their feet at TH8 Palm Jumeirah
Brr... Longevity Sports launches world’s first mobile ice bath in Dubai
YOU SHOULD CHECK OUT
Our website uses cookies and other similar technologies to improve our site and your online experience. By continuing to use our website you consent to cookies being used. Read our privacy policy here.