A test kitchen in Wasl 51 that deserves full marks…

At Orfali Bros Bistro in Wasl 51, each dish comes with a commentary and instructions on how to eat it (a theme it seems this month[link]). Somehow though, it manages to improve the experience, rather than make you squeeze the edge of your seat until your knuckles are white.

Early on, Mohamad Orfali, a round-shouldered man with a gentle demeanor that makes you feel like everything is going to be OK, delivers a flat-topped ceramic stone to the table. A splodge of truffle mayo keeps a handsome golden ball from rolling off . The OB croquettes (Dhs19 for one), we are told, have been created using unique ingredients. “It’s Spanish, but we’ve ‘Orfali-fied’ it with celeriac and comté to give it an incredible depth of flavour,” says Mohamad, cheerfully. He’s not wrong: it’s crisp, heart-warming, and we yearn for one more. 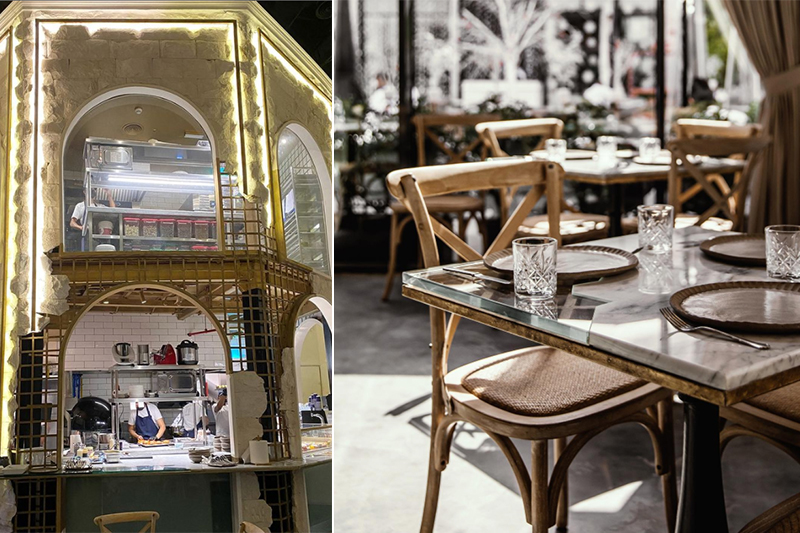 We were directed to Orfali Bros – the family name of three Syrian brothers who own it – after it earned a place on MENA’s 50 Best Restaurants list last February. A coveted spot at No. 6, beating off stiff competition from well-known UAE restaurants such Gaia and both the Coyas. It was a fantastic achievement for a homegrown restaurant, proving that talent like the Orfali’s is being celebrated. After our first dish – enjoyed “in three to four mouthfuls” – we can see why. 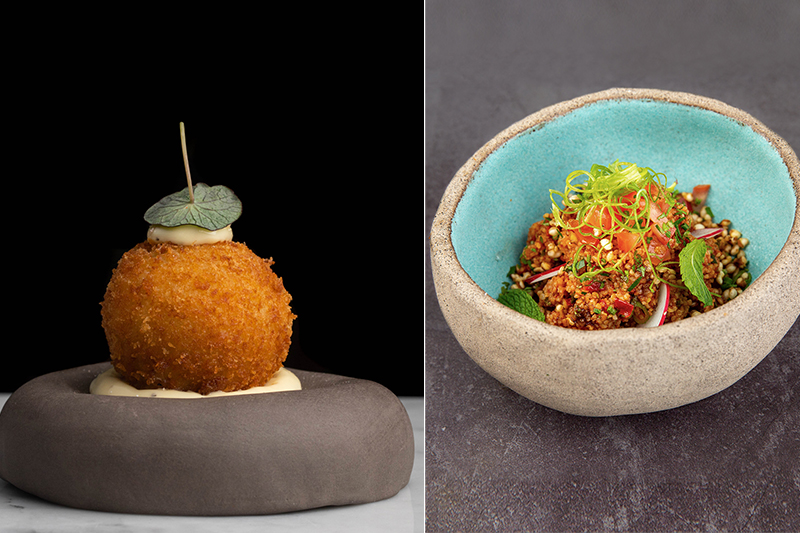 The croquettes were followed by dishes that largely riffed off a Middle Eastern repertoire, though each with their own idiosyncrasies. The spicy burghul tabbouleh (Dhs47) used Aleppo chilli paste, tomato and puffed burghul, but we constructed them into ‘mini tacos’ using shiso leaves rather than the standard cabbage.

Their ‘Come with me to Aleppo’ kebabs (Dhs95) are served elegantly and given a slight upgrade with wagyu beef and a hint of cinnamon. Quality beef is always a good thing, as is the tart sour cherry ketchup and crunchy pine nuts sprinkled on top. 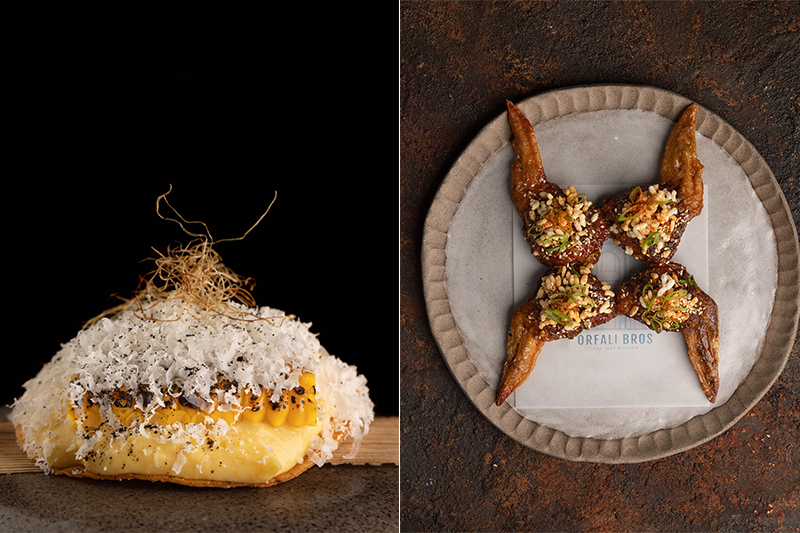 The corn bomb (Dhs29 for one), while not Middle Eastern, is a cheery example of why Orfali Bros calls itself a test kitchen. “We had fun seeing what we could create by just using one ingredient.” The result: a stack of creamed corn and corn kernels resting on a miniature corn tortilla and topped with 36 months parmigiano Reggiano (Dhs29). The result is a sweet and creamy bite (or two, if you follow instructions).

The star dish was the shish barak a la gyoza (Dhs65), a lovely Asia-meets-Middle East combo that created a gyoza-meets-manti surprise. Handsome parsels, lightly fried on one side and gently steamed on the other, then filled with wagyu beef and a spicy Sichuan sujuk chilli oil hybrid in a puddle of cold garlic yoghurt. 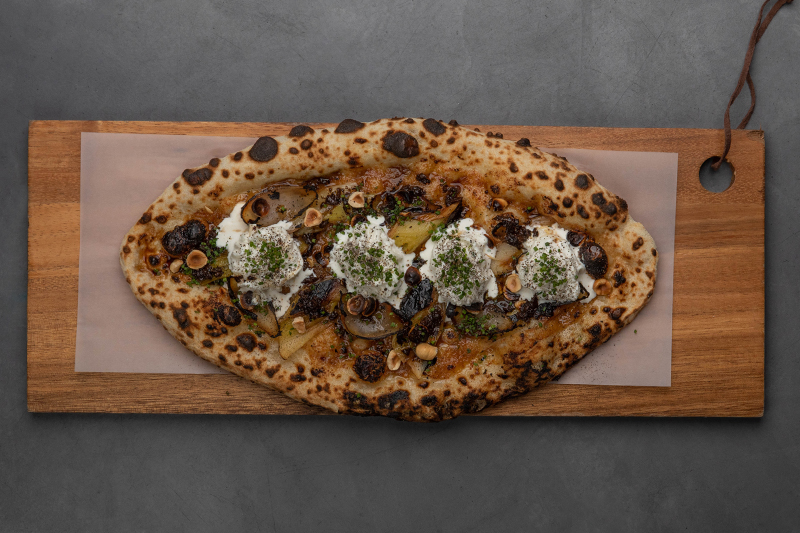 There is also a selection of pides served five ways. We tried the burnt leeks and truffle iteration (Dhs95) – a boat-shaped pizza using sourdough, brown butter, onion and Stracciatella. While tasty, it’s too similar to some of the truffle pizzas around town. Next time, we’ll hit up the cheese pide with chives and egg.

At the end, there a handful of dessert options – the fruits of Mohamad’s pastry chef brothers Omar and Wassim. A Ferrero Rocher cane, mandarin-shaped rice pudding; and ‘proudly Syrian’ pistachio cake. They are grown-up sweet delights.

As reviews go, this has to be one of the most detailed about the food, but Orfali Bros warrants it. We’ve not talked about location or ambiance (though, you can file both under: wonderful). Just know this, the Orfali Bros’ cooking makes for a thrilling and exciting dining experience, and one we look forward to enjoying again.

Eat & Drink
Restaurants
Reviews
EDITOR’S PICKS
Here's the full list of UAE public holidays in 2023
READ MORE
23 incredible things to look forward to in the UAE in 2023
READ MORE
Hidden gems: 10 UAE desert pop-ups to discover this winter
READ MORE
Where to travel in 2023: 10 new flight routes from the UAE
READ MORE
MOST POPULAR
The Wizarding World officially comes to Dubai
11 homegrown UAE restaurants that have gone global
13 new brunches in Dubai that will spice up your February
You can now tour these 12 ladies' nights on Yas Island
Sweep your special someone off their feet at TH8 Palm Jumeirah
YOU SHOULD CHECK OUT
Our website uses cookies and other similar technologies to improve our site and your online experience. By continuing to use our website you consent to cookies being used. Read our privacy policy here.