What's On the Bookshelf: 4 books guaranteed to make you laugh

April Fool’s Day has come and gone, and while the pranks might not be everyone’s cup of tea, the lighthearted jokes that can also come about tend to kick off the month in a really fun way, brightening up the days that follow.

And what better way to keep that fun going than by diving into books that make us smile – after all, there’s nothing better than sharing a laugh, even if it’s just with the author!

To help keep the light-hearted mood going our friends at the Emirates Literature Foundation have decided to turn their eye to more visual comedy, as they celebrate the witty wordplay and hilarious punchlines that can be captured in the panels of different kinds of comics and illustrations. The writers and illustrators below have successfully captured highly relatable feelings in their works, but have also created memorable characters that charm readers right away. Many of them have emerged from the world of webcomics, where they have devoted fans eager for further instalments. Read on to learn more about them…

Hark! A Vagrant by Kate Beaton 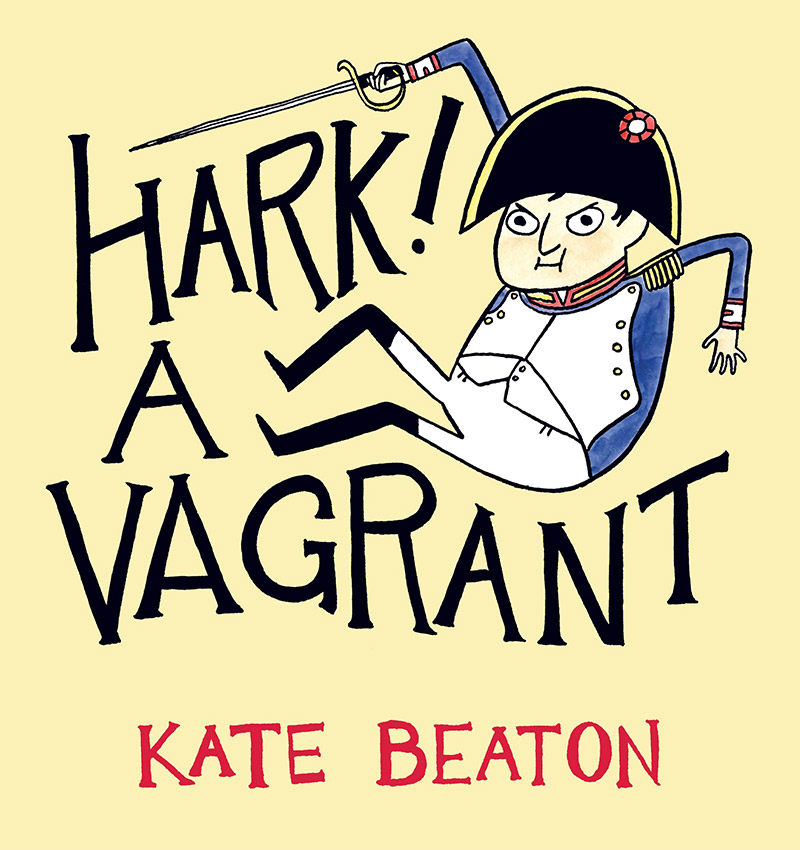 You might already be familiar with Beaton’s work as she’s been an internet mainstay for the last decade or so, with many panels from her comics going on to become memes thanks to the way she blends humour into any subject to which she turns her attention. Hark! A Vagrant is a collection of short, one-page comics from her popular series of the same name. Peering at topics like history and literature through a modern lens, she reveals the humour and irony in the situations depicted. Be it Edgar Allan Poe squinting during a close reading of a letter, or Napoleon throwing a fit, Beaton’s roughly drawn sketches bring characters to life with plenty of character and charm. It’s a masterclass of comedy from an artist already at the top of their game, with plenty of moments worth sharing. 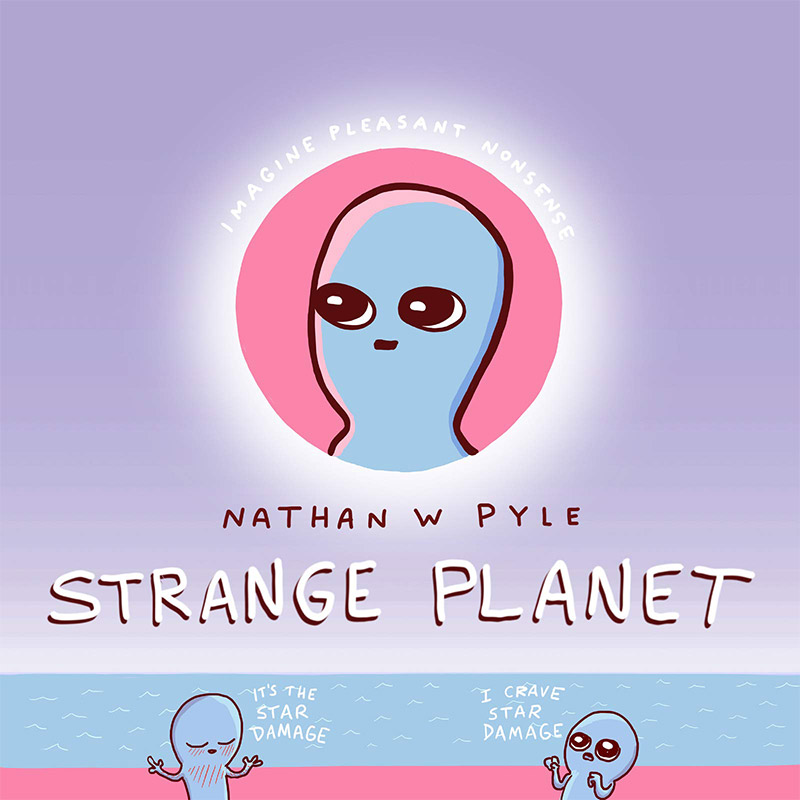 Nathan Pyle has captured hearts and minds with his comic series about a group of aliens exploring and documenting life on planet Earth. Thanks to his use of endearingly extraterrestrial characters and almost ‘technical’ language, Pyle is able to reframe most common Earth customs, revealing our behaviour to be a lot stranger than we think. Pyle’s illustrations are a colourful delight, making his one-page comics a quick and fun read. 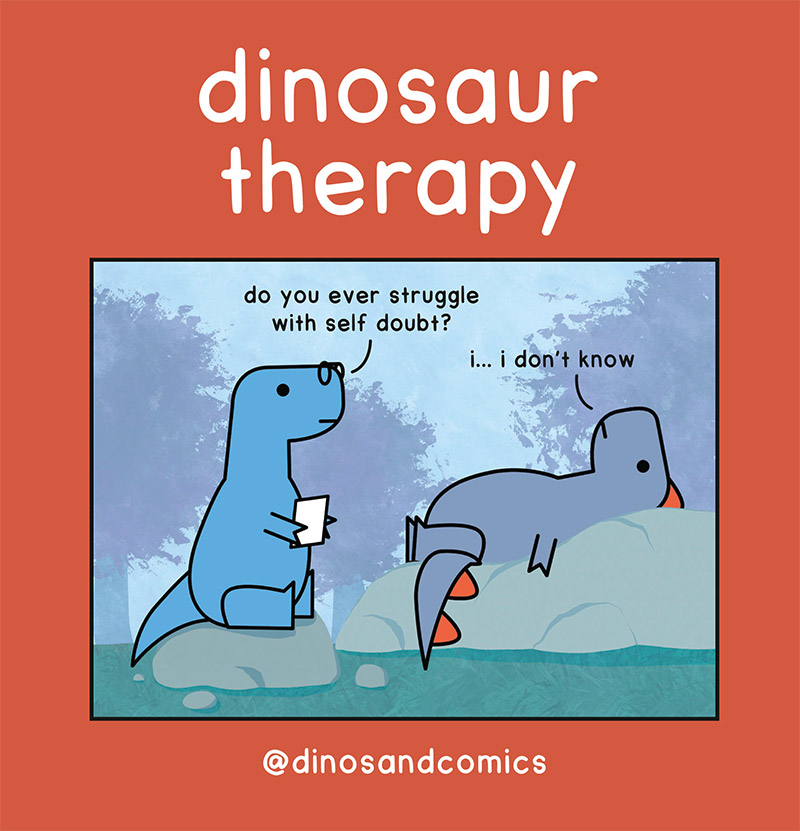 Slice of life comics are always a crowd-pleaser, but Stewart and Romey’s twist on the familiar concept places dinosaurs front and centre as they explore everything from the joys of friendship and the meaning of life to the aches of growing up and mental health struggles. Stewart’s writing is dry and witty, while Romey’s simple and endlessly endearing artwork is both cute and funny, allowing them to reflect on heavier topics with ease, and a refreshing, relatable honesty. Dinosaur Therapy is a perfect read for the rougher moments in life or any moment where you’re seeking a quick chuckle.

Adulthood is a Myth: A Sarah Scribbles Collection by Sarah Andersen 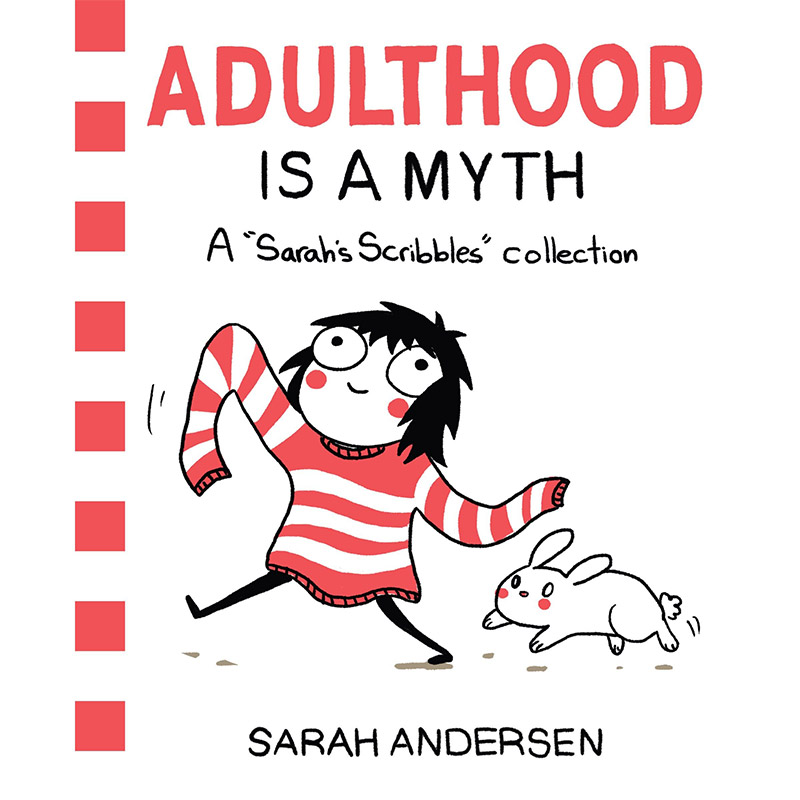 Life can be full of awkward moments, but no one depicts them as much humour (or candour) as Andersen. Part of the magic of her comics is how accurately she captures the foibles of modern life and the ways we’ve come to use technology — all in her inimitably casual ‘scribble’-based drawing style. From diving down Wikipedia rabbit holes as a hobby to all the ways introverts navigate the world, Andersen’s work is silly in spirit but full of hidden wisdom. It shows us the many ways we relate to the world, making it the perfect gift, or an addition to home library.

If you enjoyed today’s recommendations by Nivea Serrao, Website Content Manager at Emirates Literature Foundation, then you should read more of her work on their blog. Check out their bi-monthly podcast, the Boundless Book Club. And subscribe to their YouTube channel and follow them on social media to keep abreast of Festival news and Foundation initiatives.

Books
Culture
EDITOR’S PICKS
Here's the full list of UAE public holidays in 2023
READ MORE
23 incredible things to look forward to in the UAE in 2023
READ MORE
Hidden gems: 10 UAE desert pop-ups to discover this winter
READ MORE
Where to travel in 2023: 10 new flight routes from the UAE
READ MORE
MOST POPULAR
The Wizarding World officially comes to Dubai
11 homegrown UAE restaurants that have gone global
13 new brunches in Dubai that will spice up your February
You can now tour these 12 ladies' nights on Yas Island
Sweep your special someone off their feet at TH8 Palm Jumeirah
YOU SHOULD CHECK OUT
Our website uses cookies and other similar technologies to improve our site and your online experience. By continuing to use our website you consent to cookies being used. Read our privacy policy here.