* THIS EVENT HAS BEEN POSTPONED *

Boxing fans will have the chance to see Amir Khan up close and personal when he takes the stage for a one-night only, interactive Q&A talk at Movenpick Hotel, JBR on June 17.

“We’re going to cover the full gamut from his childhood growing up in Bolton to becoming a breakout star. We’ll discuss his Olympics performance, the move to professional boxing, his relationship with the public, and what it’s like to perform at the highest level in the world of boxing,” said McHardy about his upcoming talk with Khan. 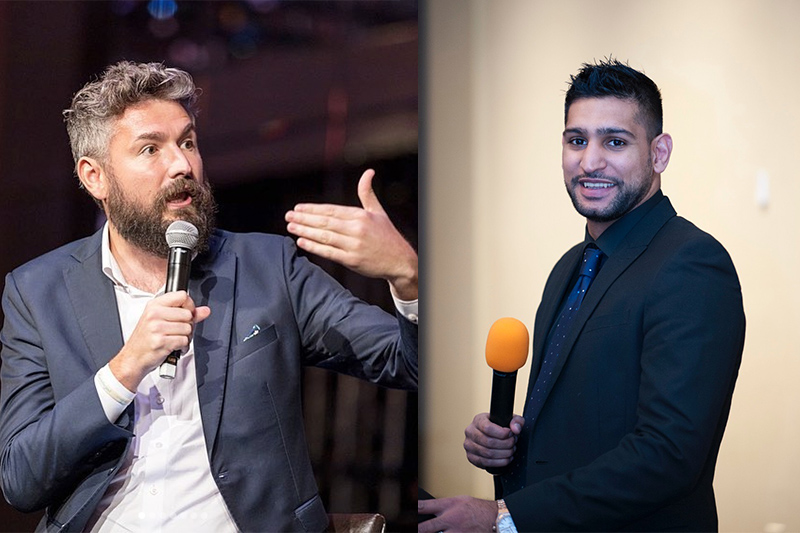 “It’s going to be a full warts-and-all look of his life inside and outside the ring, and should prove to be a fascinating evening and conversation with the man himself,” McHardy added.

Amir has proved himself during his amateur career for winning a silver medal in the lightweight division at the 2004 Olympics. This made him the youngest British boxing Olympic medalist at the age of 17. At age 22 he won the WBA title, he also became one of the youngest British professional world champions.

Out the ring, Amir Khan and his wife Faryal Makhdoom star in the hit reality TV show Meet The Khans, which has just launched its second series in the UK.

The interactive Q&A session will also give fight fans the opportunity to put their own questions and musings to Amir.

Tickets cost Dhs235 for regular seats and Dhs350 for VIP seats, are available now via ticketslover.com

Culture
Sport & Fitness
EDITOR’S PICKS
Here's the full list of UAE public holidays in 2023
READ MORE
23 incredible things to look forward to in the UAE in 2023
READ MORE
Hidden gems: 10 UAE desert pop-ups to discover this winter
READ MORE
Where to travel in 2023: 10 new flight routes from the UAE
READ MORE
MOST POPULAR
Cult Expo bakery, Bread Ahead to open in Mall of The Emirates
First look: Milos by Costas Spiliadis opens in Atlantis the Royal
Upcoming performances, international artists and more in Dubai
16 upcoming shows, sports events, concerts and festivals in Abu Dhabi
Win a holiday around the world with Dubai Creek Resort
YOU SHOULD CHECK OUT
Our website uses cookies and other similar technologies to improve our site and your online experience. By continuing to use our website you consent to cookies being used. Read our privacy policy here.