Written by:
Aarti Saundalkar
9th May 2022

Planning out your week? Make sure you add these great things to do in Abu Dhabi to your diary. It includes visiting a new pizza restaurant, visiting a 67 million-year-old T-Rex and much more.

Here are six great things to do in Abu Dhabi this week.

Head to Otoro for a modern Japanese dining experience 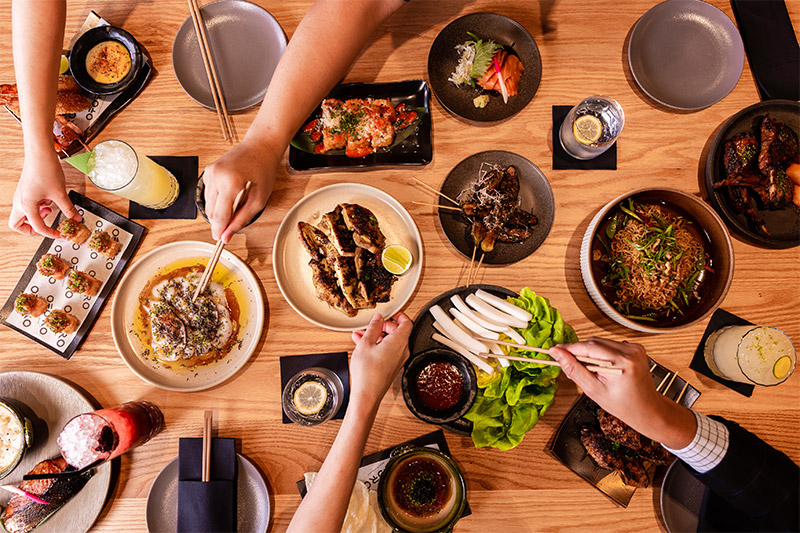 One of the newest (and partly-open) mega projects in the capital is Al Qana — a Khor Al Maqta’a waterfront destination offering a diverse mix of leisure, hospitality, and entertainment. For those looking to satisfy those Japanese food cravings, head on over to Otoro by locally based cheffing legend chef Akmal Anuar. The menu here features ‘quirky sushi’, Japanese wagyu steaks and a collection of sharing style dishes. There’s yellowtail carpaccio, tempura prawn maki, shabu shabu burger and more. If you haven’t heard of chef Akmal – he is well known in Dubai’s culinary sensations 3 Fils (named number one in the recent MENA 50 Best Restaurants list), Goldfish and Woodfire.

Indulge in cheese and grape at at La Cava, Rosewood Abu Dhabi 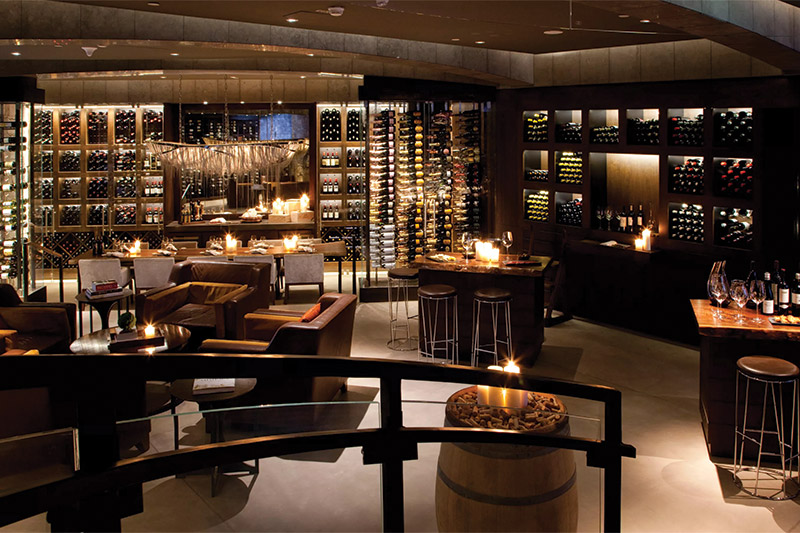 Love cheese and grape? Cava’s 7 ATE 9 promotion has your name all over it. It’s a wine buffet, offering 15 varieties of vino, served to your table with a selection of cheese and delicatessen cold cuts. You can book a table for the promotion on any night between Tuesday and Sunday, with two-hour slots that can be booked anytime from 6pm to 1am. The price is Dhs209 per person, for two hours of unlimited sophisticated snacking, or you can upgrade to the premium wine package for Dhs309. You can extend the epicurean adventure for Dhs99 extra per additional hour. 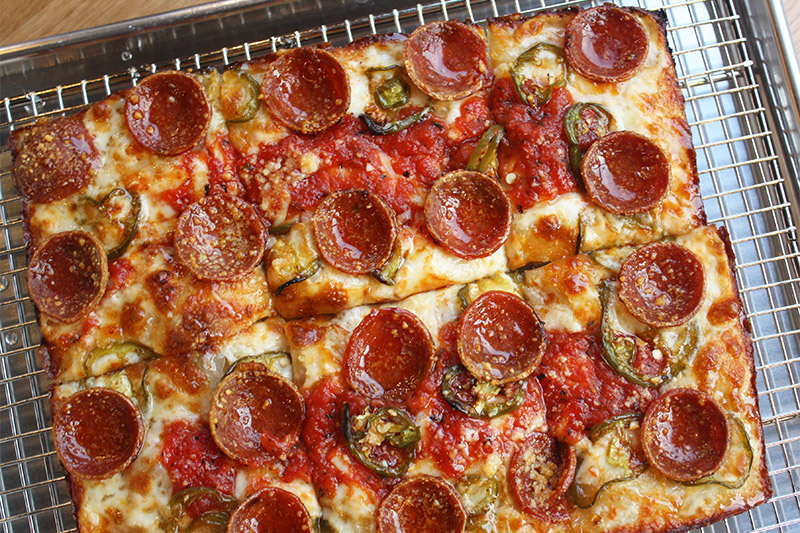 If the craving for pizza comes knocking, try Emmy Squared – a popular US import specialising in squared-shapes pizzas. There’s a ‘Classic’ with sauce and mozzarella; ‘Big Ang’ with red sauce, ricotta, double pecorino, meatballs and banana peppers; ‘Hot Chicken’ with Nashville hot chicken, white sauce and chopped pickles and much more. You can also indulge in burgers and other street bites. We’ve also heard plenty of praise for their garlic sticks, too.

Take a mid-week break at Central 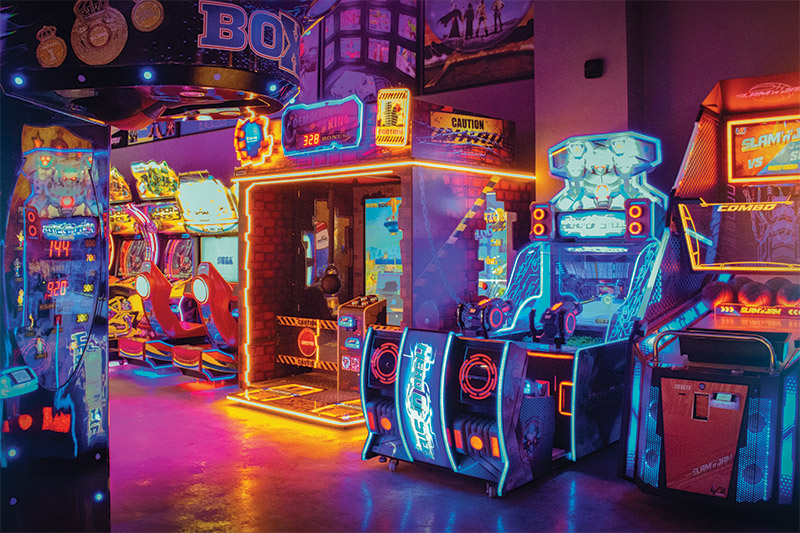 Central is a first-of-its-kind venue for Yas Bay, described as a ‘family entertainment and dining concept.’ It is inspired by the Big Apple spanning 1,700 square feet (yep, told you it was big). Inside, you will find an arcade, bowling alley, live music stage, plus a restaurant and bar. The setting is super Instagrammable too with colourful graffiti emblazoned on torn-away walls, and plenty of neon. It’s a great spot for families in the morning, or if you want beats and live music acts, head here at night.

No, we aren’t talking about the Jurassic World Dominion movie out later this year (which by the way we are super excited about). We mean an actual T-Rex named Stan – in skeletal form, of course. If you didn’t know, Abu Dhabi will soon be home to a Natural History Museum and this new exhibition at Manarat Al Saadiyat will give the public a glimpse of what the museum has planned. Back to the Tyrannosaurus Rex in the limelight, Stan is a 39-foot-long (that’s twice as tall as an adult giraffe) dino – one of the best-preserved and most studied fossils of this iconic predator from the Late Cretaceous Period. You will also get to see a 7 billion-year-old Murchison Meteorite, which famously crash-landed in Australia more than 40 years ago. The exhibition will run until May 12. Natural History Museum Abu Dhabi is expected to open its doors in 2025.

Go see a performance at The Arts Center 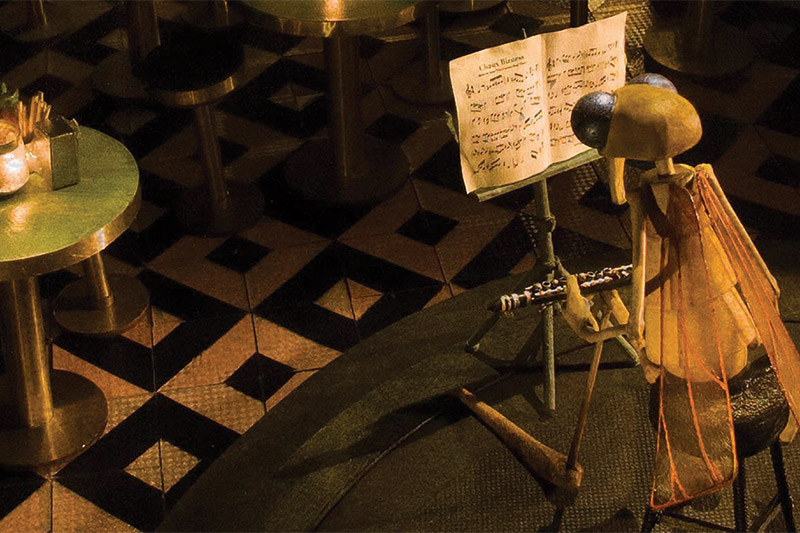 The Storyville Mosquito by Kid Koala is about a young mosquito who leaves his small town to seek fame and fortune in the big city and fulfil his dream of playing in one of the greatest jazz bands of all time at Sid Villa’s Music Hall. The Storyville Mosquito is a live animated graphic novel that’s performed, filmed and scored in real-time by a talented team of performers, musicians, foley artists, and technicians cinematically bringing the characters to life using miniature sets, puppets and screens. The show also runs on May 13. Get your tickets here.

Culture
Eat & Drink
Things to do
EDITOR’S PICKS
Here's the full list of UAE public holidays in 2023
READ MORE
23 incredible things to look forward to in the UAE in 2023
READ MORE
Hidden gems: 10 UAE desert pop-ups to discover this winter
READ MORE
Where to travel in 2023: 10 new flight routes from the UAE
READ MORE
MOST POPULAR
Reservations are now open for French restaurant Fouquet's Dubai
The colourful Sharjah Light Festival returns next week
Relive those cosy winter moments at Chalet 105 at Twiggy
There are some big road closures in Abu Dhabi this weekend
Escape for a romantic desert getaway this Valentine's Day
YOU SHOULD CHECK OUT
Our website uses cookies and other similar technologies to improve our site and your online experience. By continuing to use our website you consent to cookies being used. Read our privacy policy here.