The passenger train project really is going full steam ahead…

Sure the Etihad Rail development, a passenger and freight train project that will link all seven emirates, will cut through quite an extensive patch of desert which undeniably has its own romantic allure — but there will also be some more elevated sight-seeing wows available too. 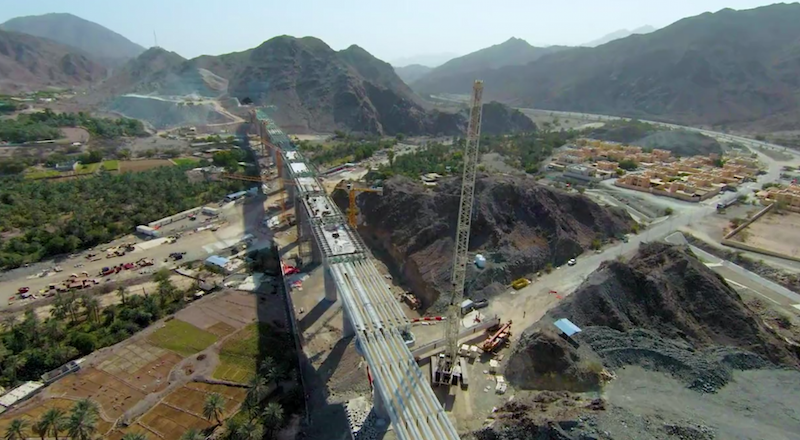 Take this 600 metre long stretch of bridge for example, located in Al Bithnah, Fujairah — construction is, as you can see, well underway and there’s a distinct sort of Rocky Mountaineer in the tropic vibe to it. And before you start hammering the comment section, yes we realise, Fujairah is not in the tropics. It’s the vibe we’re describing not the Geotag.

Take a closer look into the construction progress of the highest under bridge structure in the UAE, located within Al Bithnah, Fujairah, this fascinating 600 m long multi-span bridge, will facilitate the trade route to and from the emirate, playing a pivotal role pic.twitter.com/0bbw9KiDF7 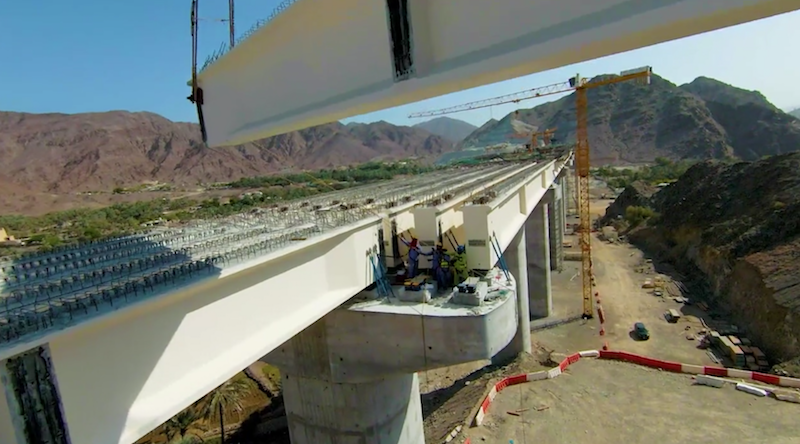 Last month Etihad Rail shared some spectacular drone footage of one of their locomotives, powering along the coastal Al Mirfa stretch of the line, giving us a little taste of the sorts of panoramic desert vistas passengers can expect when the service is eventually open. And we might not have to wait too long before we get to travel on this totemic ‘Sandpiercer’.

Take a look at this remarkable drone shot capturing our locomotives traveling from Al Mirfa, located on the coast of Abu Dhabi. The coast road is characterized by its picturesque nature, which is a mixture of sand dunes and coastal scenery. pic.twitter.com/Ug51oj3Lz9

When can we expect to be travelling on Etihad Rail? 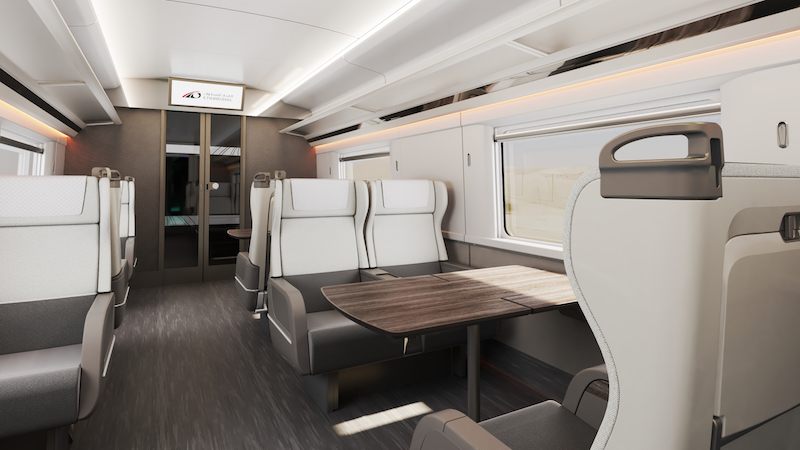 There is no official completion date for the project yet although during a special ‘Projects of the 50’ event held at Expo2020 in December 2021, there were some indicators of intended timeline. It was confirmed that the Rail Passenger Services will be the second phase of the project (after freight) and is expected to carry more than 36.5 million passengers annually, by 2030. So reasonably, well before that date, especially given the section of track linking Abu Dhabi with Dubai has now been laid.