It is that time of year once again when dreams are either realised or shattered for millions of football fans around the globe as the English Premier League season comes to a close.

With the title chase going to the wire and European places and relegation still to be finalised, there is plenty to be resolved on final-day Sunday.

Manchester City take on Aston Villa at the Etihad knowing victory will secure them their fourth EPL title in five years, while Liverpool take on Wolves at Anfield, where only three points will be good enough to give them a chance, with their fans hoping for a City slip-up.

North London rivals Tottenham and Arsenal are fighting it out for the fourth Champions League spot alongside the title-chasing duo, as they take on Norwich and Everton respectively.

Manchester United will be looking to sign off a poor season on a relative high note by pipping West Ham to the remaining Europa League spot with a win at Crystal Palace.

At the other end of the table, Burnley and Leeds United are playing for Premier League survival as they face Newcastle and Brentford respectively, with heartbreak guaranteed for one of them as they join Norwich and Watford in taking the drop.

All 10 matches will be playing simultaneously, so pick your viewing spot carefully – whether to ensure you watch your favourites or have a grandstand view of numerous screens at once. Game on… 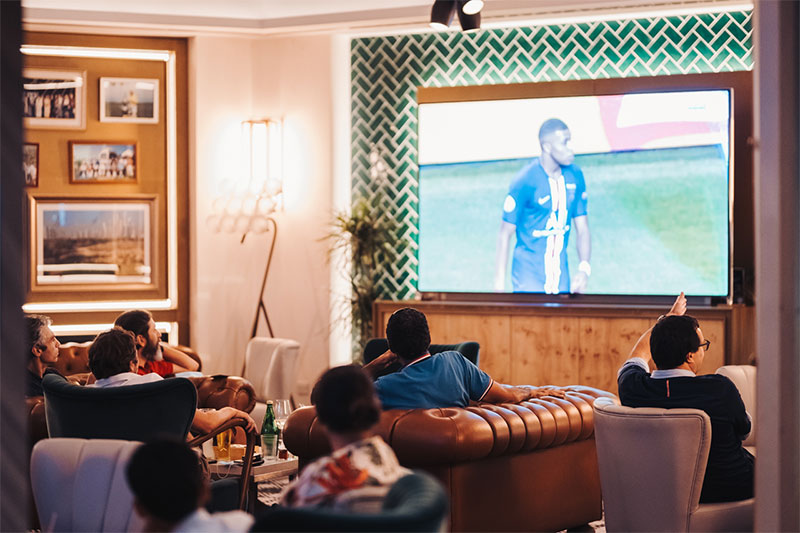 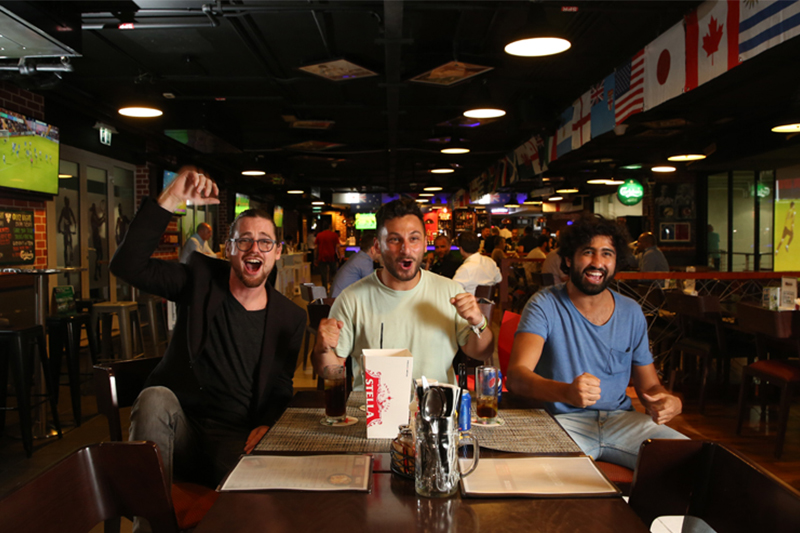 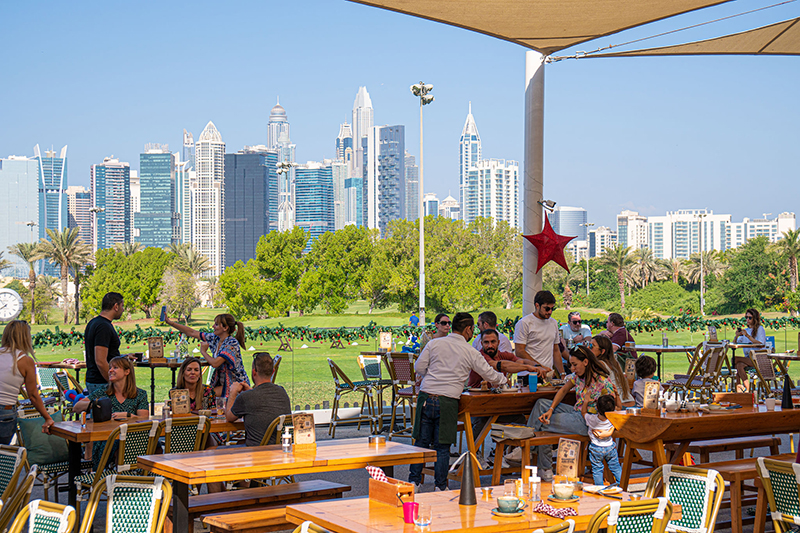 This popular pub at the Montgomerie is screening all 10 matches on Sunday night within its huge arena. While there are no specific drinks or food deals, spots get booked up very fast here so call ahead to see if there’s space. 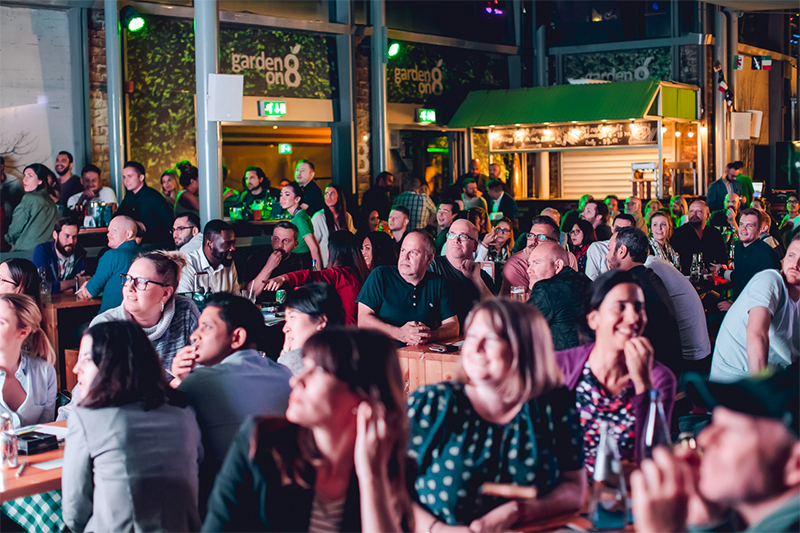 The cool rooftop bar at Media One Hotel will be screening five of the big games on Sunday – Man City  V Aston Villa, Liverpool v Wolves, Norwich v Tottenham, Arsenal V Everton and Burnley V Newcastle. There’s a happy hour deal from 4pm to 8pm with pints available from Dhs35, and if you’re hungry, the Sunday roast is a steal at Dhs99. 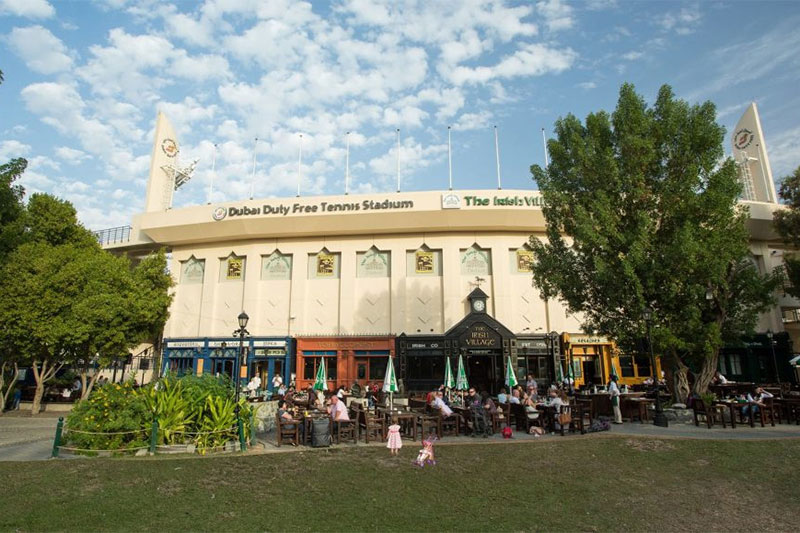 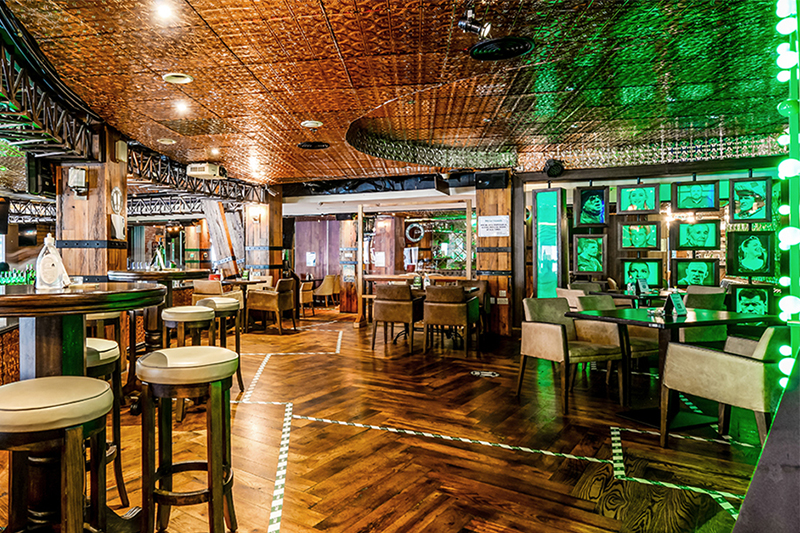 For many a die-hard Dubai sports fan, McGettigan’s JLT always ticks the box for a good atmosphere when watching the big games. It’s home of the Liverpool supports Club, but we’re told that all games will be screened on Sunday night. Deals wise, there’s a special ‘1,2,3’ offer from noon, which includes one breakfast, two pints or three bottles for Dhs123.

With ten screens dotted around the venue at McGettigan’s JBR, you won’t have to worry about missing a second of the big games. There’s plenty to feast on like sharing nachos, chicken wings, chicken wraps and burgers, and happy hour takes place from noon to 8pm.

Eat & Drink
Sport & Fitness
EDITOR’S PICKS
Here's the full list of UAE public holidays in 2023
READ MORE
23 incredible things to look forward to in the UAE in 2023
READ MORE
Hidden gems: 10 UAE desert pop-ups to discover this winter
READ MORE
Where to travel in 2023: 10 new flight routes from the UAE
READ MORE
MOST POPULAR
Pics of the week: Your best photos of the UAE
Dhow & Anchor has got you covered every day of the week
RTA: All the road closures you need to be aware about
Review: The Nice Guy Dubai
Masha and the Bear is coming to Abu Dhabi this April
YOU SHOULD CHECK OUT
Our website uses cookies and other similar technologies to improve our site and your online experience. By continuing to use our website you consent to cookies being used. Read our privacy policy here.