adidas Originals has announced its partnership with longstanding Dubai restaurant Ravi. The family-owned business has been running since 1978 and holds a special place in many residents’ hearts, famed for serving authentic Pakistani food at an affordable price point.

Sneakerheads familiar with adidas Original’s Superstar shoe will recognise the style of the Superstar Ravi edition. The colour way mixes two shades of green with an off-white leather body, while inside, the sock liner features a hand-drawn map of the river (or Ravi) in Northeast Pakistan.

On the back, you’ll find the restaurant’s name in English on one foot and Arabic on the other, as well as the year it was founded. Hero dishes mark the design of the tongue, while the box packaging features lime-green tissue paper and a cardboard ‘takeaway’ style box.

“My family has worked so hard to bring Ravi to where it is now, it has become more than just a restaurant with staff and customers, it has become a home that many grew up with. To say that Ravi had a humble beginning and is now representing Dubai as a key city with adidas is a milestone to celebrate,” said RAVI founder, Chaudary Abdul Hameed. 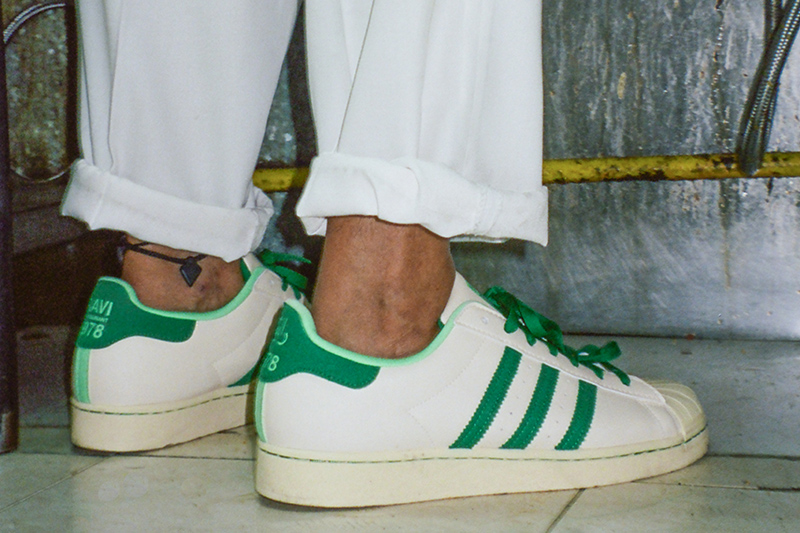 The shoe is part of an adidas Originals series called ‘adilicious’, which sees the brand collaborate with 11 community-driven restaurants in 11 cities around the world. Set in the heart of Al Satwa, Ravi has overtime become synonymous with family, community, and culture – with stories of staff working in the same restaurant across three generations.

Adidas worked directly with the owner to collaborate on the Superstar Ravi, which will be available from June 23, priced at Dhs549 from adidas.ae and selected stores exclusive to Dubai.

Restaurants
Shopping
EDITOR’S PICKS
Here's the full list of UAE public holidays in 2023
READ MORE
23 incredible things to look forward to in the UAE in 2023
READ MORE
Hidden gems: 10 UAE desert pop-ups to discover this winter
READ MORE
Where to travel in 2023: 10 new flight routes from the UAE
READ MORE
MOST POPULAR
Pics of the week: Your best photos of the UAE
Dhow & Anchor has got you covered every day of the week
RTA: All the road closures you need to be aware about
Review: The Nice Guy Dubai
Masha and the Bear is coming to Abu Dhabi this April
YOU SHOULD CHECK OUT
Our website uses cookies and other similar technologies to improve our site and your online experience. By continuing to use our website you consent to cookies being used. Read our privacy policy here.