Here's how you can watch GOT prequel, House of Dragons in the UAE

But the good news is — you’ll only have to wait a wee while longer, even less perhaps than the best man’s speech at a Riverrun wedding, before you’re reunited with songs from the land of fire and ice.

OSN has announced that it has acquired the rights to broadcast the Game of Thrones prequel House of the Dragon in the UAE. It all begins on August 22, just 11 weeks away. The season premiere is being screened on OSN Plus (available on iOS and Android devices for Dhs34 per month) simultaneously with the US, so yes, it will likely be either a very early morning or a late night — but nobody ever said the night’s watch was easy. 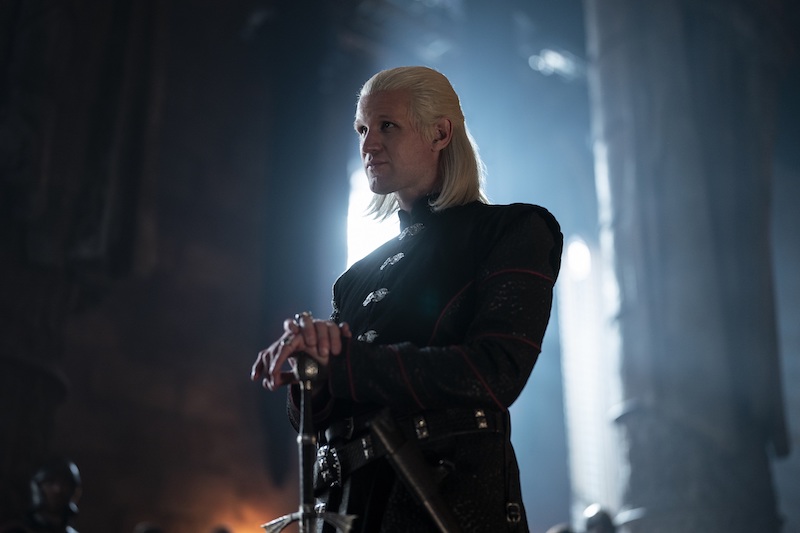 This series is adapted from George R.R. Martin’s book Fire & Blood and is set about 200 years before the events of Game of Thrones. It centres around those ‘hair of silver’ arson enthusiasts, the Targaryen family — way before Danerys first took a spicy walk into the flames, and there was all that stuff with her *ahem* (spoiler) nephew. But this particular gang of dragons would even give series eight Dani a run for her coin when it comes to sociopathic antics.

A post shared by House of the Dragon (@houseofthedragonhbo)

Heading up the cast is Paddy Considine as the remarkably sane King Viserys Targaryen – the fifth Targaryen king to sit the Iron Throne, beloved by many as a just and kind ruler. Matt Smith picks up the reigns for Prince Daemon Targaryen, the King’s younger brother, a formidable warrior and heir to the throne.

The appropriately very hot right now, Olivia Cooke plays Alicent Hightower (strong bloodline that), daughter of the Hand of the King; Emma D’Arcy portrays King Viserys’ firstborn child, Princess Rhaenyra Targaryen — and one half of a hugely important event for the arc of the overall stories. But we’ll leave it there because we all know what happens to people that share spoilers. “Shame, shame, shame”.

House of the Dragon starts on August 22, and you can stream it live on OSN Plus.

Culture
Things to do
TV
EDITOR’S PICKS
Here's the full list of UAE public holidays in 2023
READ MORE
23 incredible things to look forward to in the UAE in 2023
READ MORE
Hidden gems: 10 UAE desert pop-ups to discover this winter
READ MORE
Where to travel in 2023: 10 new flight routes from the UAE
READ MORE
MOST POPULAR
Cult Expo bakery, Bread Ahead to open in Mall of The Emirates
First look: Milos by Costas Spiliadis opens in Atlantis the Royal
Upcoming performances, international artists and more in Dubai
16 upcoming shows, sports events, concerts and festivals in Abu Dhabi
Win a holiday around the world with Dubai Creek Resort
YOU SHOULD CHECK OUT
Our website uses cookies and other similar technologies to improve our site and your online experience. By continuing to use our website you consent to cookies being used. Read our privacy policy here.