What’s On the Bookshelf: 5 books to read at the beach

These books put the ‘beach’ in Beach Reads…

Now that we’ve passed the summer solstice, it’s fair to say that summer is officially here. This means it’s the perfect time to start putting together a list of books you’ll be diving into during your summer holidays.

But even if you’re not in a rush to hit the beach, there are plenty of reads that will let you experience the joys of sand underfoot and the smell of the surf — all without the risk of sunburn. And to help you get in that vacation spirit extra early, our friends at the Emirates Literature Foundation have compiled a list of books set at the beach. 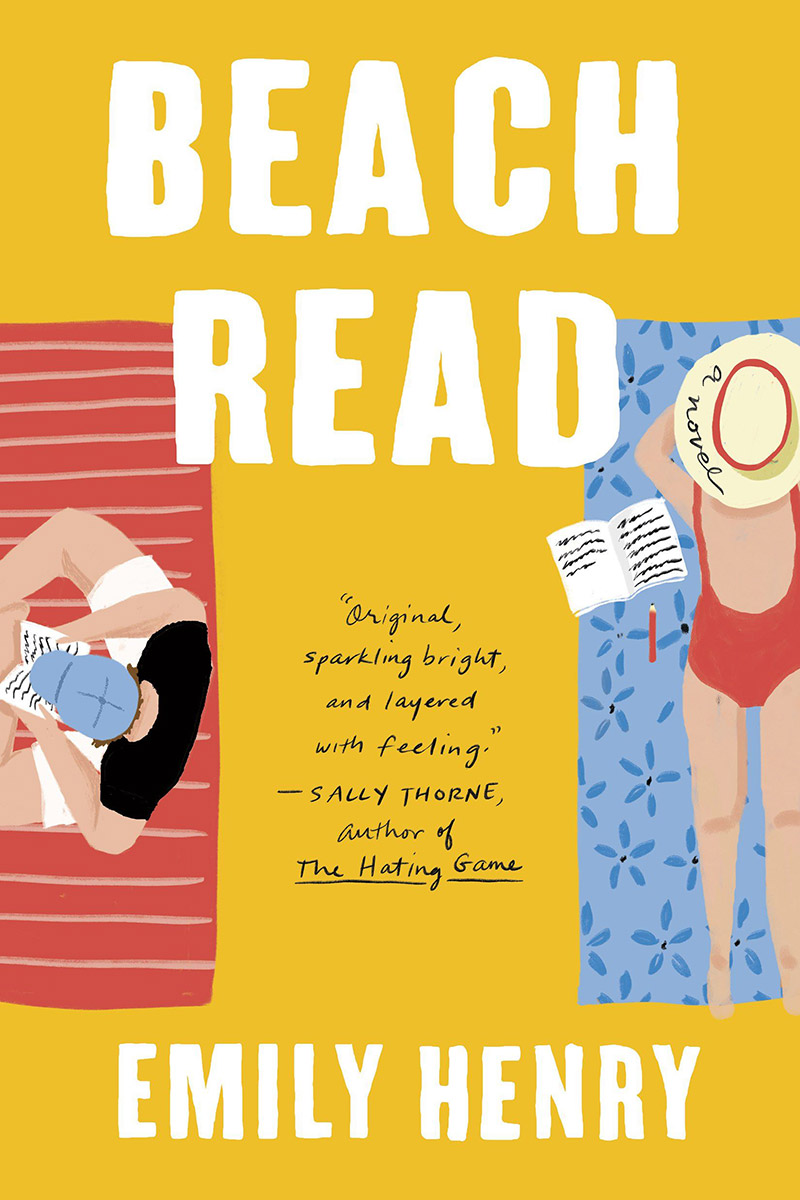 It wouldn’t be a list of ‘beach reads’ without this light page-turner, which completely encapsulates everything that makes Emily Henry such a crowd-pleaser. The critically acclaimed novel follows the story of two authors (and somewhat rivals) who end up spending the summer in neighbouring beach houses as they wrestle with writer’s block while on deadline. January is a romance author more interested in happy endings whereas Gus writes about the darker side of human nature, where his characters’ survival is not always guaranteed.

However, all of that changes when both authors make a bet to swap genres for the books their writing, with the aim to finish it by the end of summer. Suddenly, January is exploring the psychology of the members of a backwoods cult and Gus is trying to capture the lighter, more romantic moments in life. But the more they work together, the more sparks begin to fly, until their feelings for one another are the only thing left unwritten. Beach Read effortlessly blends comedic banter and romance with tender explorations of grief, as well as much-needed discussions of what kinds of writing can be considered “universal” fiction and the craft of writing itself. It’s the kind of book that will leave you with fond memories of your own, making it the ideal addition to any vacation!

The Unhoneymooners by Christina Lauren 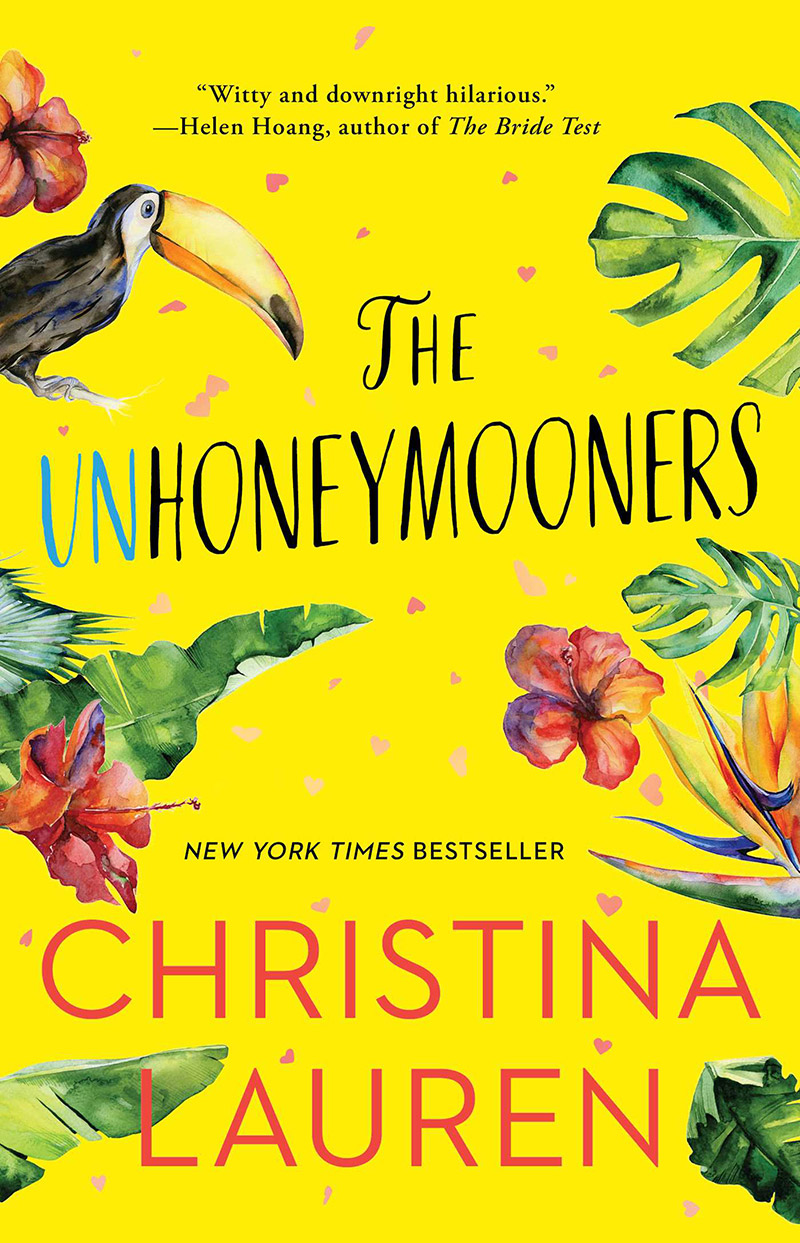 Sometimes the price of an all-expenses-paid beach holiday in Hawaii is simply pretending to be newly married to someone who annoys you to no end. At least that’s the case for Olive Torres, who embarks on what was meant to be her twin sister’s honeymoon with her husband’s best man, Ethan Thomas, after the whole wedding party comes down with food poisoning and the couple themselves can’t make it. But the longer the ruse goes on, the more Olive finds it easier to maintain — despite the added complication of her own boss and Ethan’s ex-girlfriend showing up at the same resort they’re staying at. Maybe she’s about to get lucky in love after all?

Christina Lauren is the pen name of best friends Christina Hobbs and Lauren Billings, the minds behind other bestselling novels such as The Soulmate Equation and Love and Other Words. And much like their previous books, The Unhoneymooners is a warm, lighthearted romance with plenty of memorable characters and moments. A perfect escape no matter where you might be.

We Were Liars by E. Lockhart 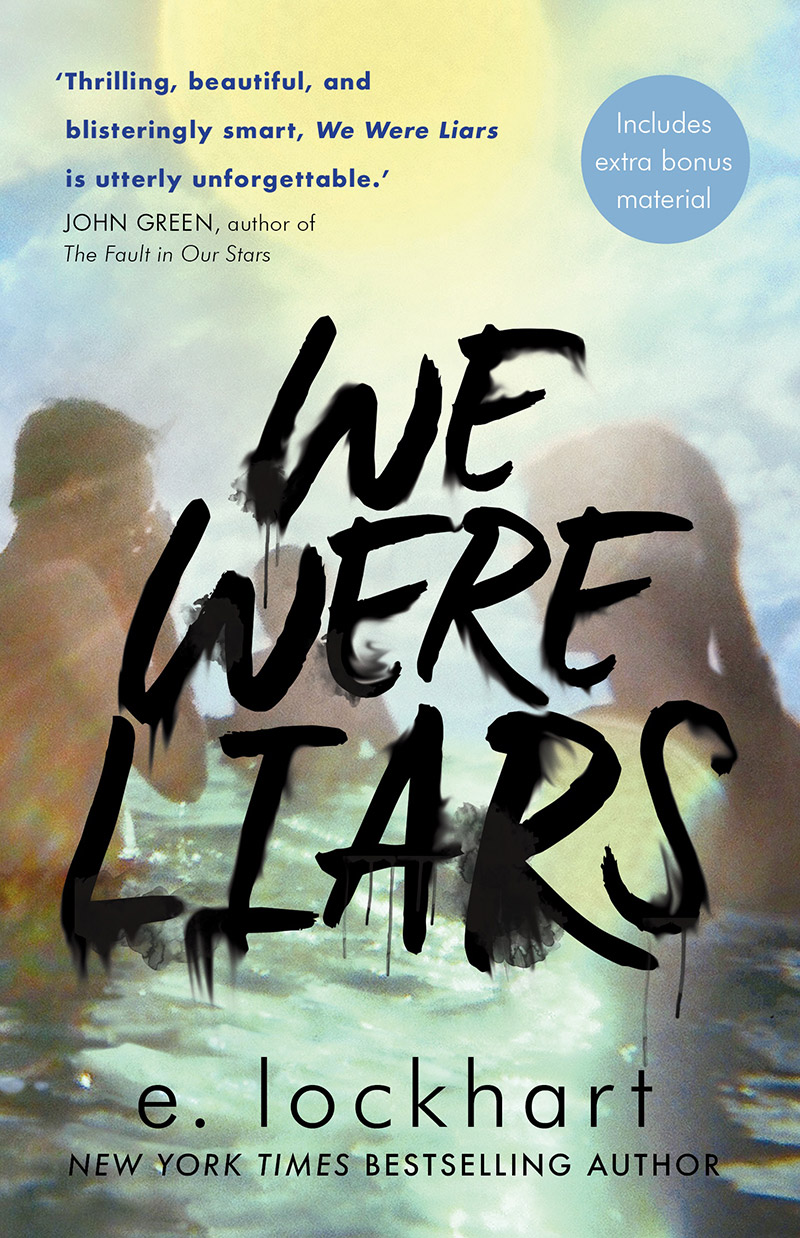 Lockhart’s YA novels have always been stellar in terms of characters, pacing, and plot, but the hype around We Were Liars is more than earned, making it an excellent entry point for new readers eager to dive into the rest of her short (and largely standalone) bibliography. The book follows Cadence Sinclair Eastman, the oldest grandchild of the wealthy Sinclair family as she attempts to remember an incident that took place on her family’s private island when she was 15 years old, resulting in her losing some of her memories and experiencing recurring migraines. Lockhart’s lyrical writing and taut pacing sucks people in from the very first page, as it slowly builds up to a stunning conclusion that lingers with readers long after they’ve read it.

And for long-time fans of We Were Liars, this summer sees the release of Family of Liars, a prequel novel set in the same universe, and filled with the same level of sudsy, engrossing intrigue.

Evil Under the Sun by Agatha Christie 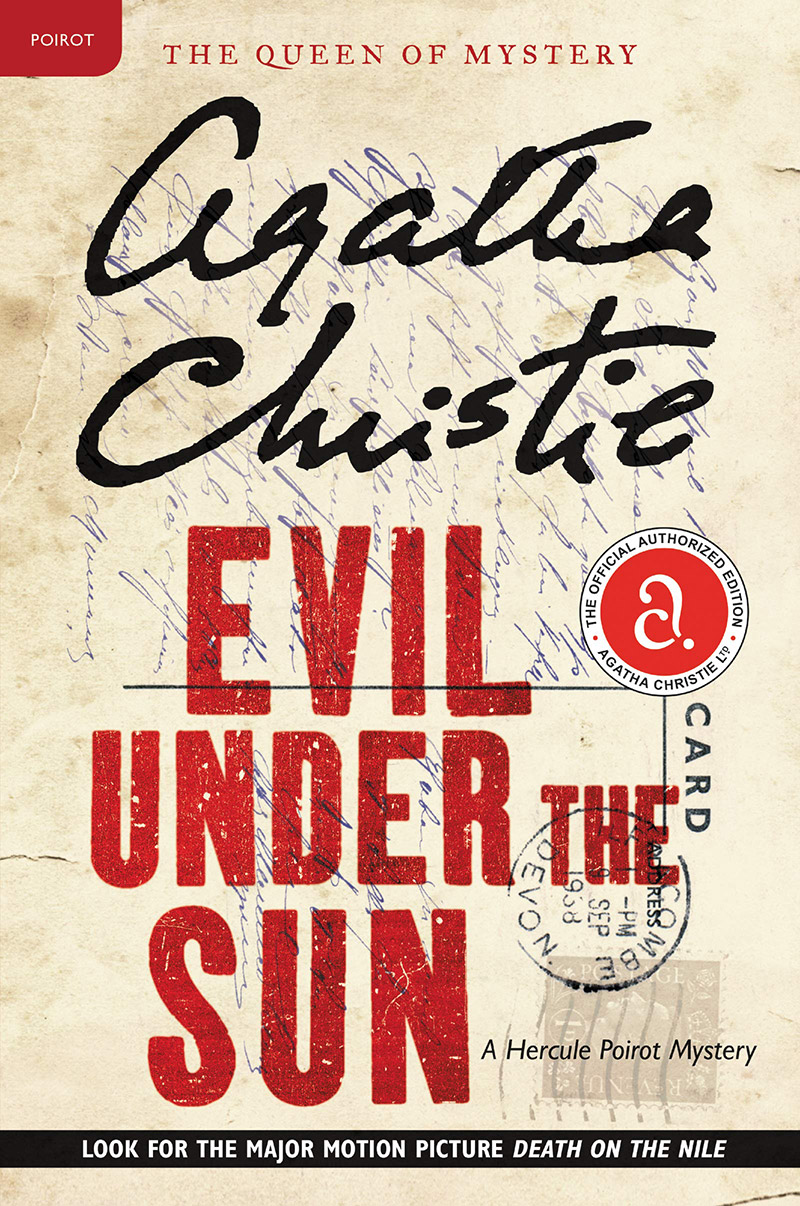 Is it really a vacation reading list without a murder mystery making the cut? And who better to bring along than the Queen of Crime Writing herself: Agatha Christie! Evil Under the Sun is one of her many Hercules Poirot novels, and this instalment sees the beloved Belgian detective attempt to rest his “little grey cells” by taking a holiday at the seaside in Devon. However, all is not peaceful for long as a young woman is soon found dead in a hotel full of potential suspects, all of whom are her fellow guests, and most of whom did not seem to like her. In classic Christie fashion, Evil Under the Sun is a quick, fun read that is filled with the signature Christie charm and twists that the bestselling author is known and loved for.

Lord of the Flies by William Golding 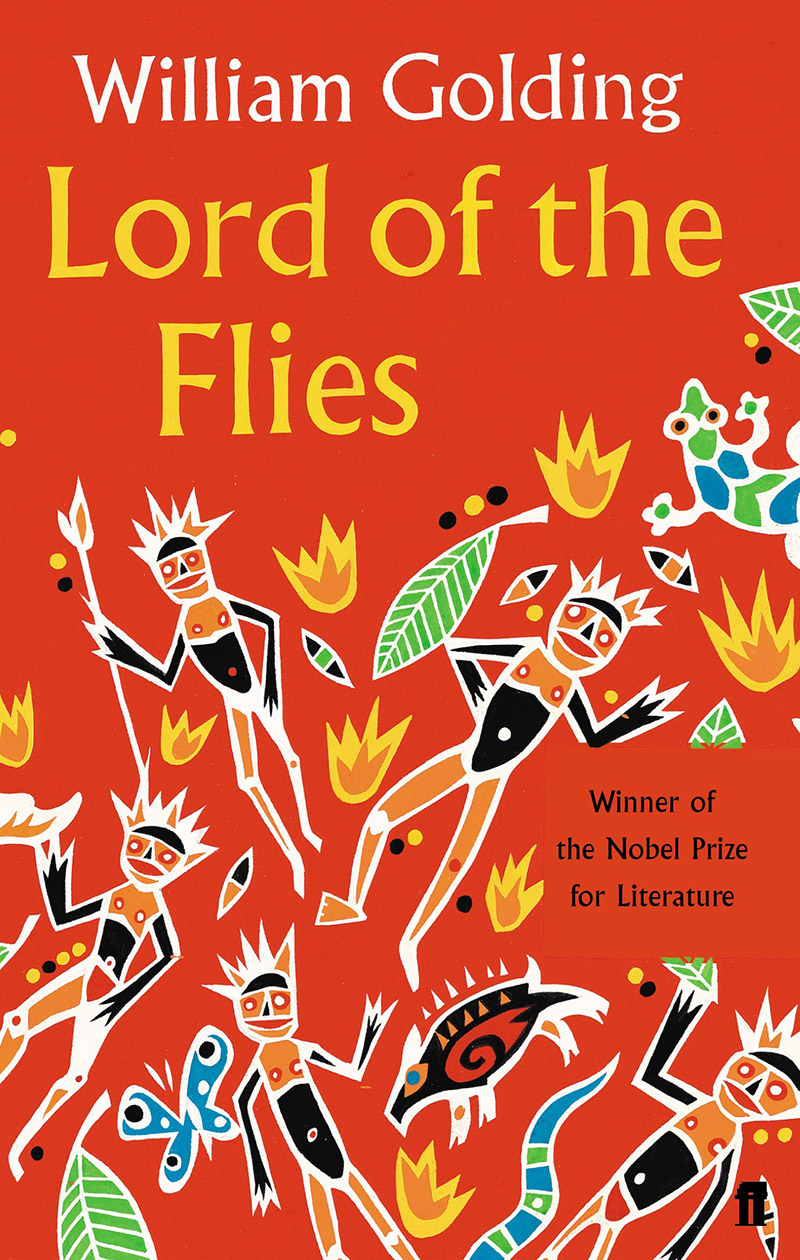 Summer can be the perfect season to revisit a well-known classic — especially one as famous and oft-referenced as Golding’s 1954 novel. As most people might know, Lord of the Flies follows the story of a group of English school boys who crash onto a deserted island, where they’re forced to survive, slowly devolving into their baser natures, as they become more and more feral. While the story at the heart of the novel is often talked about and used as an example of what human beings can be like sometimes, what isn’t really mentioned is how well Golding’s writing endures, and the way it unspools like a horror novel, with a growing feeling of dread that deepens the longer it goes on. Readers who are looking for darker fare for their vacation reading will do well to give Lord of the Flies a try. It may not be a Nordic noir, but the chills it produces are just as effective.

If you enjoyed today’s selection of literal beach reads by Nivea Serrao, Web Content Manager at Emirates Literature Foundation, then you should check out her other suggestions on their blog. For more recommendations, tune in to their podcast, the Boundless Book Club and follow them on social media and YouTube to enjoy full sessions, author interviews, fun reels – everything in the name of books!

Books
EDITOR’S PICKS
Here's the full list of UAE public holidays in 2023
READ MORE
23 incredible things to look forward to in the UAE in 2023
READ MORE
Hidden gems: 10 UAE desert pop-ups to discover this winter
READ MORE
Where to travel in 2023: 10 new flight routes from the UAE
READ MORE
MOST POPULAR
Cult Expo bakery, Bread Ahead to open in Mall of The Emirates
First look: Milos by Costas Spiliadis opens in Atlantis the Royal
Upcoming performances, international artists and more in Dubai
16 upcoming shows, sports events, concerts and festivals in Abu Dhabi
Win a holiday around the world with Dubai Creek Resort
YOU SHOULD CHECK OUT
Our website uses cookies and other similar technologies to improve our site and your online experience. By continuing to use our website you consent to cookies being used. Read our privacy policy here.