10 things to look forward to in Dubai this December

With December nearly upon us, you might be wondering how to spend the final month of the year in Dubai. Luckily for you, there’s endless events on, from winter wonderlands to huge music stars.

Here’s 10 things to look forward to in Dubai this Christmas.

December 1 to 25: Have a white Christmas at Ski Dubai

In classic Dubai fashion, you are able to have a white Christmas in the middle of the desert. Experience your own little winter wonderland at Ski Dubai from December 1 to 25. You can visit Santa in his grotto from 12pm to 2.30pm, 3.30 to 6pm and from 7pm to 9pm. You will also be able to enjoy a free hot chocolate on the snowy slopes. Check out the experiences and prices here. 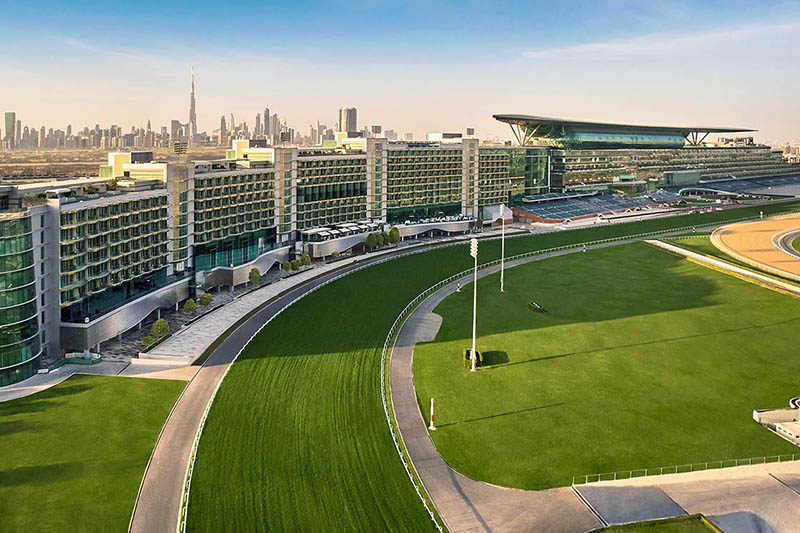 The horse racing season is in full swing, with three dates for your diary this December. Head to Meydan on December 1, 9 and 23 and pick from packages for general admission, granting you access to the outdoor grandstand with prime views of the parade ring; dining experience, with four hospitality packages available; and the VIP private suites

December 9 to 11: The heart and Sole returns to D3 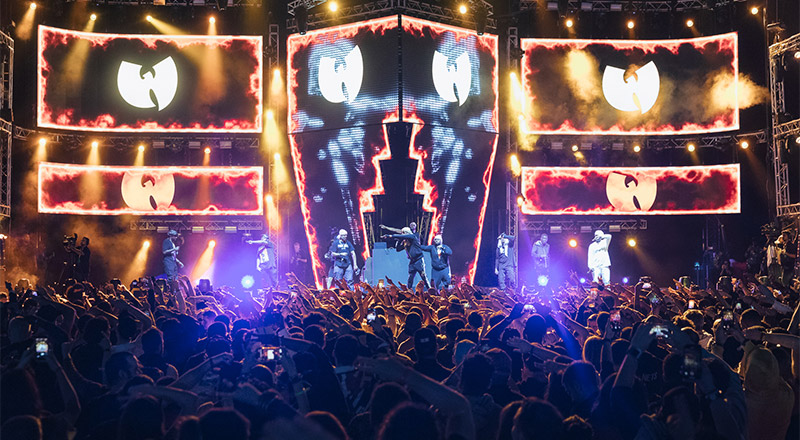 After a three-year hiatus, Sole DXB returns this month for a three-day culture and lifestyle festival, taking place from Friday, December 9 to Sunday, December 11. Headlining the Saturday, Brit rapper Central Cee known for hits like Doja and Loading will perform his first headline show in Dubai. R&B singer, Jorja Smith takes the headline spot on the Sunday, you’ll recognise her hits like Blue Lights, Be Honest, and On My Mind. In collaboration with visionary Moroccan artist Hassan Hajjaj, the festival is built on four pillars: music, fashion, visual arts, and sports. Celebrating Arab excellence, the festival will feature a stellar lineup of musicians, artists, designers, speakers, and athletes from the UAE, Kuwait, KSA, Lebanon, Syria, Iraq, Jordan, Palestine, Egypt, Sudan, Somalia, Morocco, Algeria, and more.

Iconic music festival Tomorrowland is hitting Dubai – but not as you know it. The renowned festival is set to open Terra Solis in the Dubai desert, a first-of-its-kind destination inspired by the hedonistic party festival. Set to open in December 2022, Terra Solis will bring a vibrant pool scene, incredible dining, and a trio of unique glamping experiences to Dubai Heritage Vision. The sprawling desert chic oasis is set over 371,000 square metres with guests able to choose between three accommodation options, all named after stars, meteor showers and constellations. The 48 Polaris bell tents are spacious tents all beautifully decorated, while a collection of 20 Perseid lodges combine comfort and style. Then there are the six Orion pool lodges, each featuring a private pool and a large private outdoor cabana & terrace, for a real VIP experience.

The Santa Run returns to Dubai Festival City this December so you can get your steps in before the weeks of endless eating and drinking begin. There are three different distances: 1km, 2.5km and 5km, with prizes for the best costumes, so geat creative Santas. Registration is Dhs125.

From December 15: Shop till you drop at Dubai Shopping Festival 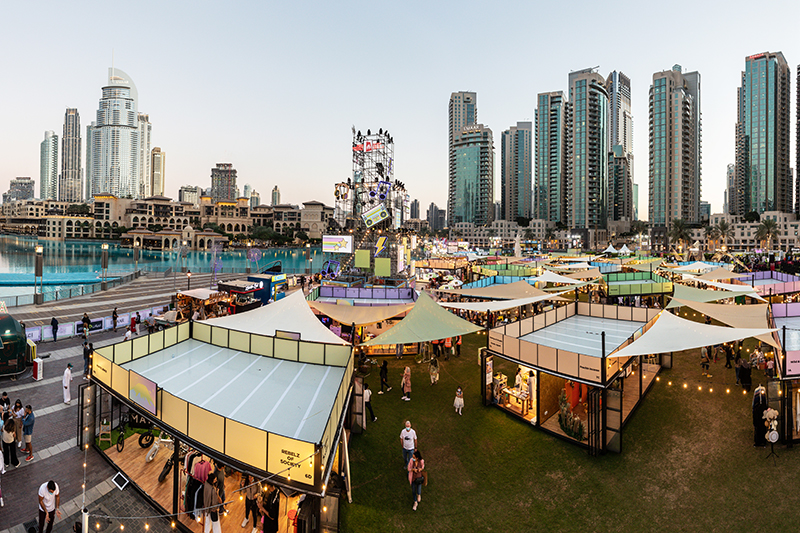 The annual, city-wide shopping spectacular returns for 46 days of entertainment, concerts, and unbeatable deals on shopping, staycations and restaurants. Welcome features returning this year include Market Outside The Box ad the DSF drone light show. 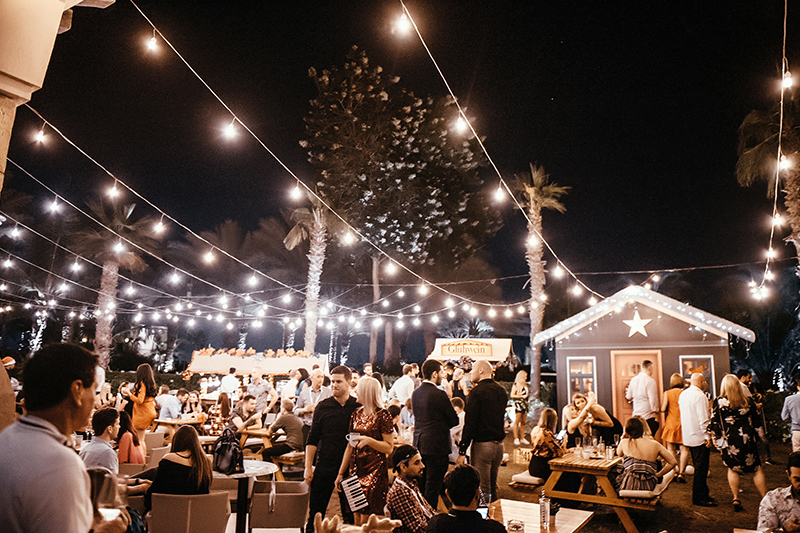 Atlantis, The Palm’s epic Cirque de Cuisine mega brunch takes over the resort on December 16. In case you’re unfamiliar, this four-hour dine around invites guests to fill their boots at some of Atlantis’ best-loved restaurants, like Nobu, Seafire Gordon Ramsay’s Bread Street Kitchen and more. With free-flowing drinks, out-of-this-world entertainment and dazzling décor, this is one that requires your most stretchy pants.

From mid-December: Check out a stylish new beach club 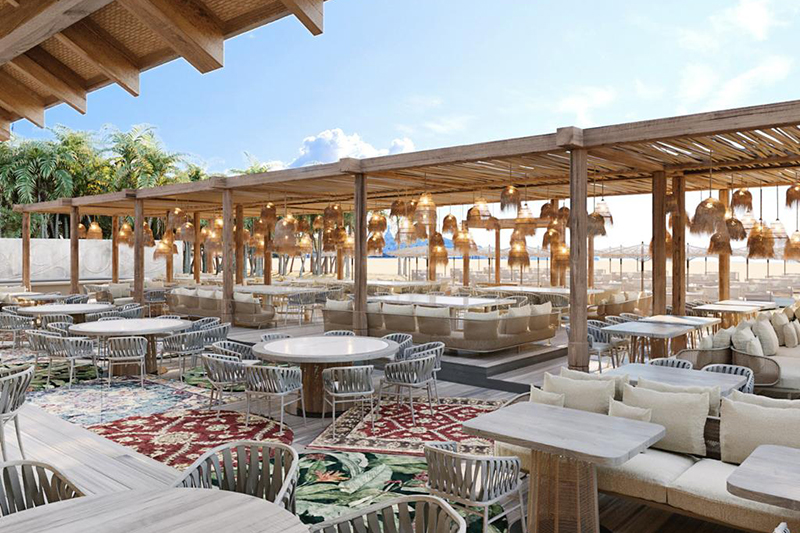 Dec 17 to 24: Panto season is back with Elf The Musical

Based on the beloved holiday film, Elf The Musical is coming to Dubai this December. All the way from London’s West End, the musical is based on the beloved film which follows Buddy the Elf as he goes on an adventure to discover his birth father and true identity. The 80-minute long, must-see musical by Olivier Award-winning producer Paul Taylor-Mills is suitable for all ages and the perfect festive family experience.

Elf The Musical, The Theatre at Mall of Emirates, Al Barsha, Dubai. December 17 to 24, from Dhs100. feverup.com

December 30: Get the party started early with a Martin Garrix gig 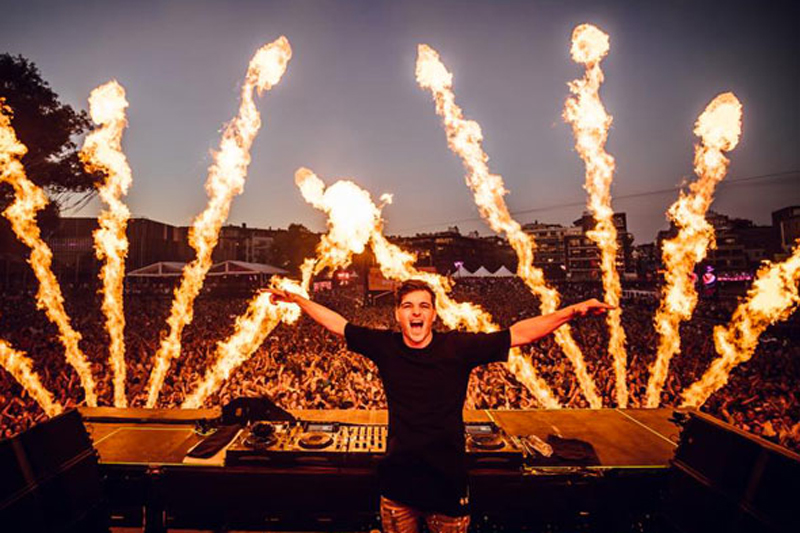 Looking to get the New Year’s Eve party started a little early this year? Then bookmark this: one of the biggest names on the international DJ circuit, Martin Garrix, is set to spin at the Coca-Cola Arena on December 30. Martin Garrix gained fame through his solo release, Animals, which was released in June 2013. He is also the genius behind other top hits such as In the Name of Love, Scared To Be Lonely, There For You and more. Known for his energetic shows as well as his epic sets, Martin Garrix has headlined in the UAE several times. He first performed at Sensation Dubai aged just 18 years old in 2014, then went on to spin on New Year’s Eve 2015, at the Abu Dhabi Grand Prix in 2017 and at Dubai’s Bao Festival in 2018.

Christmas
Things to do
EDITOR’S PICKS
Here's the full list of UAE public holidays in 2023
READ MORE
23 incredible things to look forward to in the UAE in 2023
READ MORE
Hidden gems: 10 UAE desert pop-ups to discover this winter
READ MORE
Where to travel in 2023: 10 new flight routes from the UAE
READ MORE
MOST POPULAR
With its unique decor, Dubai's La Nina restaurant evokes tales of distant travels
Reservations are now open for French restaurant Fouquet's Dubai
The colourful Sharjah Light Festival returns next week
Relive those cosy winter moments at Chalet 105 at Twiggy
There are some big road closures in Abu Dhabi this weekend
YOU SHOULD CHECK OUT
Our website uses cookies and other similar technologies to improve our site and your online experience. By continuing to use our website you consent to cookies being used. Read our privacy policy here.