Superstar Gary Barlow is bringing his ‘Since I Saw You Last’ solo tour to Dubai later this year.

The Take That man will perform a special one-off gig at Dubai Media City Amphitheatre on October 17, with tickets on sale now.

Organisers Louder Entertainment promise that alongside his own smash hits, Barlow will treat fans to plenty from the group’s back catalogue, including the likes of Rule The World, Patience and Back For Good. 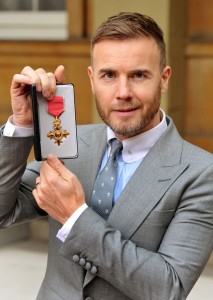 The tour follows the release of the album of the same name, his third, and first since 1999’s Twelve Months, Eleven Days. It has so far sold more than 700,000 copies and was one of the biggest selling albums of 2013 in his homeland.

“I’m very excited to round off such an enjoyable tour in such an incredible and iconic destination,” he said of the announcement.

In total, the 43-year-old, whose stock has soared since taking up a role as judge on TV’s The X Factor, played 17 gigs across the United Kingdom to celebrate the album’s release, with his trip to the UAE a first abroad.

Barlow first found fame as a key part of Take That in the 1990s. With the band the song-writer enjoyed enormous success, reaching No 1 with eight studio albums and selling more than 30 million copies. In total, the Cheshire-born musician has had 15 tracks top the charts and played to over seven million people around the world. He’s also recently been awarded an OBE by Her Majesty The Queen.

Tickets, which are available from Virgin Megastore, will be priced from Dhs295 for Early Bird to Dhs1,000 for VIP, with seating costing Dhs450, and Fan Pit coming in at Dhs600.

THE BEST OF BARLOW

News
Nightlife
EDITOR’S PICKS
Here's why Kite Beach Centre in Umm Al Quwain is the UAE's best-kept secret
READ MORE
Where UAE residents can travel without having to quarantine on arrival
READ MORE
Download the September issue of What's On right now for free
READ MORE
What's On Lock In Family Edition is coming to Fairmont Bab Al Bahr
READ MORE
MOST POPULAR
DCT confirms return of Fight Island and a month of UFC events
This popular Oktoberfest event is returning on September 24
Pics of the week: Your best photos of the UAE
All the best Thursday night deals in Dubai
Alserkal Avenue is back with a fresh new season this September
YOU SHOULD CHECK OUT
Our website uses cookies and other similar technologies to improve our site and your online experience. By continuing to use our website you consent to cookies being used. Read our privacy policy here.