They say comedians can often be some of the world’s most miserable people. Well, nobody proves that old adage more than Jack Dee.

For someone who specialises in making people smile until their cheeks hurt, it is ironic that the only facial discomfort Dee feels is the wrinkling of his nose as he describes yet another thing that annoys him.

A stand-up comedian for almost 20 years and a regular fixture on TV panel shows in Britain and in his own BBC sitcom, Lead Balloon, Dee brings his frustration-filled act to Dubai this month.

Before a career in comedy, Dee was a waiter in London (we’re guessing he didn’t get many tips). One night he went to an open mic event at the famous Comedy Store and told some gags on stage. He quickly rose through the ranks and gave up the waiter job to go full time – much to the delight of the restaurant’s manager, we imagine.

What followed was critical acclaim, awards, sold out gigs in venues that just kept getting bigger and bigger, plus an autobiography with a typically sardonic title, Thanks For Nothing. Yes, he’s a glass-half-empty kind of guy but, trust us, this guy is very funny – right Jack? 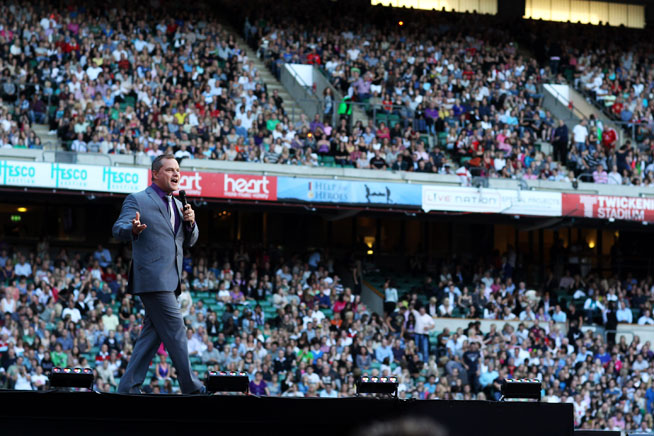 HE SAID WHAT?
Not one to mince his words, here’s a few of Jack Dee’s best quotes

“Why do builders have see-through lunch boxes? So they can tell if they’re going home or coming to work”

“Power showers: it’s like the riot police are in your bathroom”

“What happens if you take a metal detector through another, bigger metal detector? Do they cancel each other out or does the universe just collapse on itself as they are two entities that should never touch?”

“I like the freebies in hotels: the shower cap, the sewing kit, the curtains”

“People ask me about touring. I tell them it’s a lot of time in my car and hotel rooms. I talk to my wife on the phone and I see my kids every two weeks. It’s perfect”

“Shopping channels. I like to ring them up and say, I’m just looking“

“I love a good book. I read it, tear out the last five pages, and pass it on”

“If at first you don’t succeed, you are clearly not cut out for it. Give up and move on”

“Cats are just dogs who’ve been to drama school”

Culture
News
Theatre
Things to do
EDITOR’S PICKS
What’s On Nightlife Awards 2021: Here are the nominees...
READ MORE
It's back! What's On Lock In returns to Media One Hotel
READ MORE
Arts and culture: 5 spots we can't wait to visit at Expo 2020 Dubai
READ MORE
UAE petrol prices are set to decrease in September 2021
READ MORE
MOST POPULAR
This green Abu Dhabi space will stage a pub garden with live music
Treat yourself with the ultimate comfort food at Denny's
8 spots to enjoy a free cup of coffee this weekend
It looks like Khalid and Lewis Capaldi are headlining the Abu Dhabi F1 concerts
Stunning mountain retreat Six Senses Zighy Bay is reopening in Oman
YOU SHOULD CHECK OUT
Our website uses cookies and other similar technologies to improve our site and your online experience. By continuing to use our website you consent to cookies being used. Read our privacy policy here.