WWE professional wrestler Cesaro reveals some unusual facts to What’s On ahead of the WWE Live Dune Bash in April.

We’ll be able to watch some of the finest wrestling superstars take to the ring in Dubai for the very first time in April. Ahead of the WWE Live Dune Bash, we chatted with the Swiss professional wrestler Cesaro, (all 1.95 metres and 105 kilos of him), who had some surprising revelations… 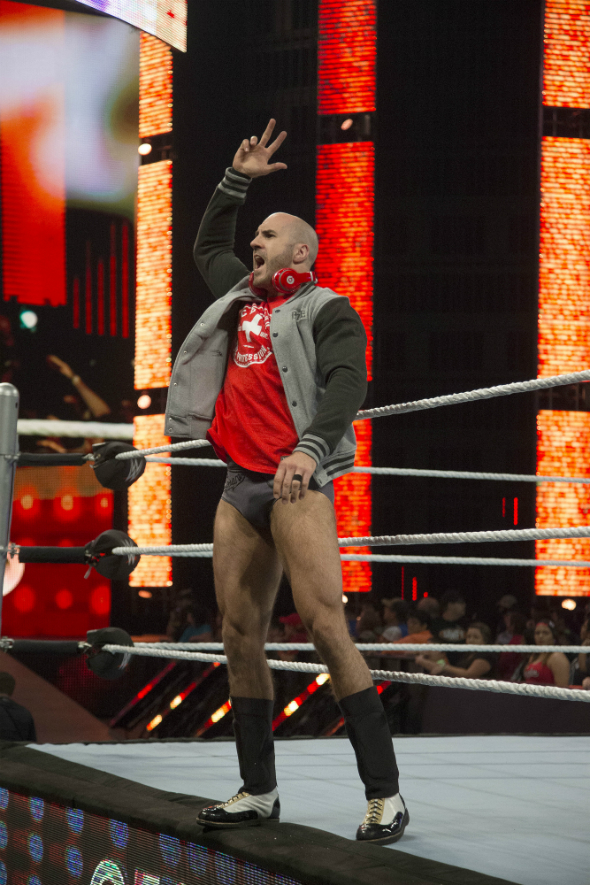 2. He’s a big fan of the singer Sia and power ballads

“There are some songs that pump me up [before a show], but that changes from day to day. There’s always some ACDC, some Eminem, and there are some good Sia songs actually. I’m kind of a fan of power ballads, I think some of her songs feel very epic and she’s a very talented singer.”

“Oh, there are some really good classic 80’s and 90’s power ballads. Off the top of my head, Simply The Best, that’s a good song.”

“I like suit shopping. I do that way too much. I bought 19 tailor-made suits in Abu Dhabi last time I was there.”

5. He has a pet cat called Claus

“He used to be an outside cat. When he was a kitten he used to walk around the side of the house and come to my window. So I put little bits of food out there and then he just became my cat.

“Oh and I named him right away, because I had roommates and I didn’t want them to claim the cat. So I claimed him by giving him food and then once I moved I just brought him with me. And now he’s an indoor cat and he’s really happy. His name is Claus.”

6. He’s seen Dirty Dancing and can do the legendary lift

“For one of the moves actually I launch my opponent up in the air and hit him when he comes down. It sort of starts out like the Dirty Dancing lift.

“I’ve done the lift before though, with some of my buddies when we’ve been joking around. I can most definitely do it, but maybe not right now with my shoulder. Is there anybody who hasn’t seen Dirty Dancing actually?”

7. He speaks five languages and uses them against his opponents

“I speak Swiss, German, French, Italian and English. It’s just fun to yell in your native language and it’s fun to call people something they don’t understand.” 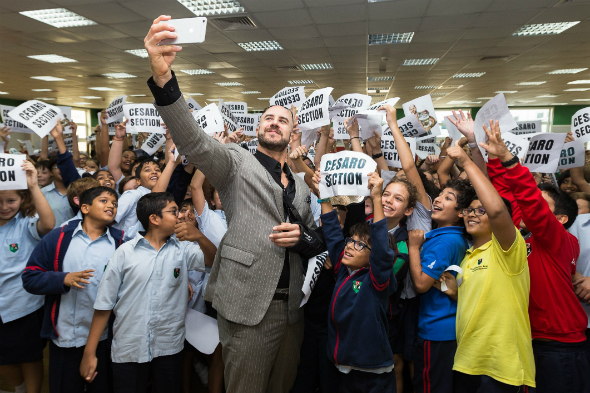 8. He feels pressure to bring out the famous Cesaro Swing move

“Yeah, it’s like you want to do it in every performance, because I feel like people come to see it. But then sometimes I almost want to not do it so people want to come back even more. It’s kind of the tease and a give and take.”

“I like coffee a lot, that’s one of my hobbies I guess. I travel so much so it’s fun to go to different coffee shops all over the world. There’s really good coffee here in Dubai by the way. I like the turkish coffee and I had the arabic coffee as well.”

Indoor
News
Sport & Fitness
EDITOR’S PICKS
So, when is the next UAE public holiday in 2021?
READ MORE
All of the lavish new hotels set to open in Dubai in 2021
READ MORE
16 of the best pool passes in Dubai that are fully redeemable
READ MORE
All of the restaurants at West Beach, Palm Jumeirah
READ MORE
MOST POPULAR
Traders Abu Dhabi launches a Dhs250pp all inclusive stay
Pics of the week: Your best photos of the UAE
Mark Ronson to play a DJ set at Abu Dhabi festival
Catch the Euro 2020 games at this cool lounge in the capital
Where to get your food fix on Al Wasl Road
YOU SHOULD CHECK OUT
Our website uses cookies and other similar technologies to improve our site and your online experience. By continuing to use our website you consent to cookies being used. Read our privacy policy here.