Some of the world’s finest street artists have swooped into Dubai to share the love with our walls. Here’s the work you need to see…

Tastefully done street art will never cease to make a boring wall something worth talking about. That’s why we’re excited by Dubai Walls, a project that has seen a bunch of globally renowned artists paste their art on public spaces all across City Walk in Jumeirah.

From Blek Le Rat to Slinkachu, here’s the art on show…

Tokyo-born New York artist Aiko was once legendary Japanese artist Takashi Murakami’s apprentice, and she is now an internationally renowned graffiti and street artist herself. She’s built up quite the portfolio, having worked with the likes of Lady Pink and Banksy.

Beau’s speciality doesn’t lie in just one discipline, it lies in many. His work takes the form of paintings, murals, large scale installations, stained glass and even animation. Some of his work is even displayed on the Berlin Wall. 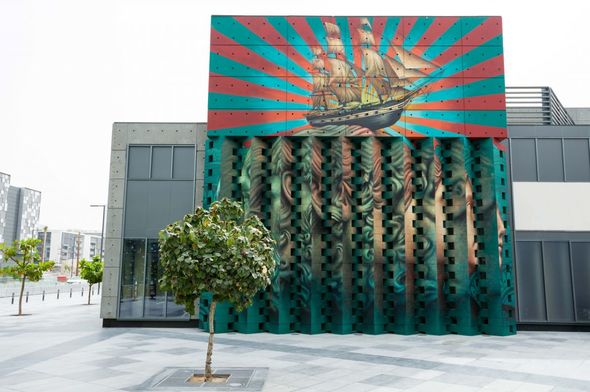 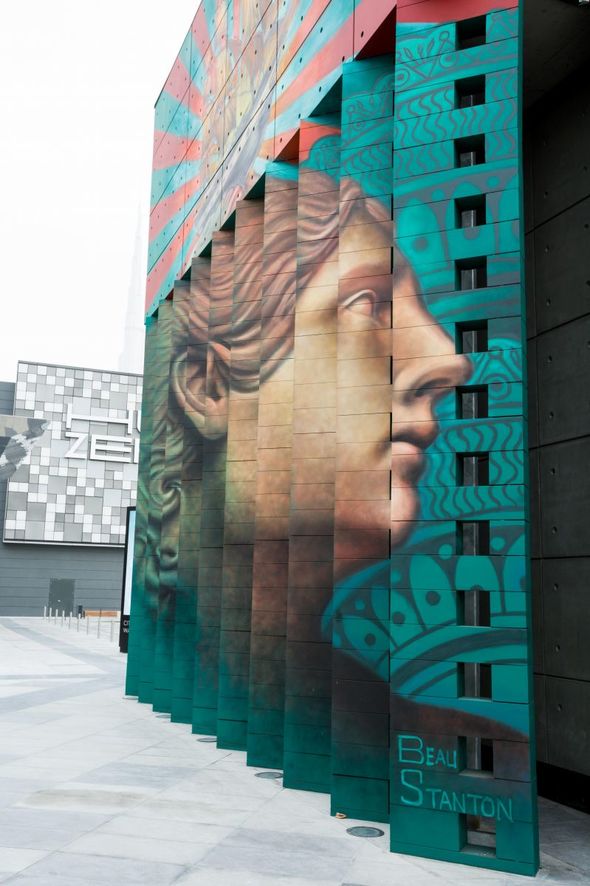 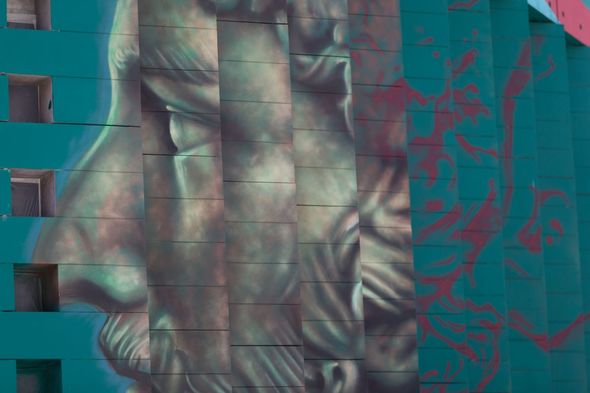 As the first artist ever to use stencils in street art, Blek Le Rat’s work can be easily identified by his trademark black rat on each of his pieces. Know Banksy? Well Blek’s been doing stencils before anyone knew who Banksy was. 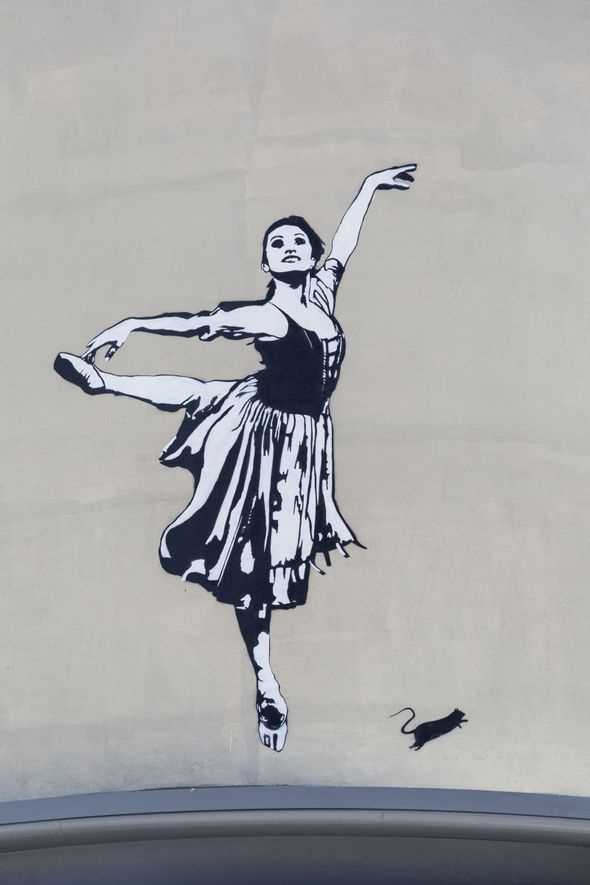 Despite having work sold regularly at Christies, Sotherbys and Bonhams auctions, D*Face continues to create work for free on the streets. Blending pop culture with graffiti, D*Face’s work centres on the ideals of the American dream and tries to encourage people to not just see but to look at what surrounds them and their lives.

After having his work noticed by street legends Banksy and Eine, Eelus left behind his day job and turned his lifelong dream of being an artist into a full-time profession. 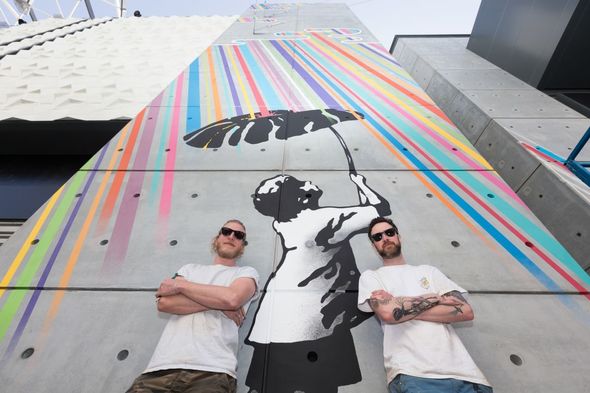 Ben Eine’s work consists of stylised fonts, single letters and cryptic statements. In 2010, his work was catapulted into the limelight when British Prime Minister David Cameron presented one of his pieces to President Obama on his first official visit to the White House. 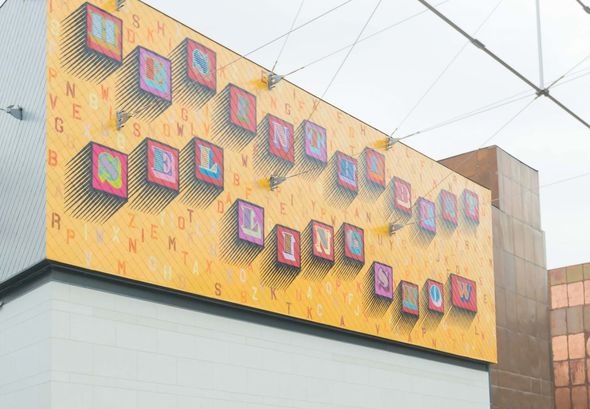 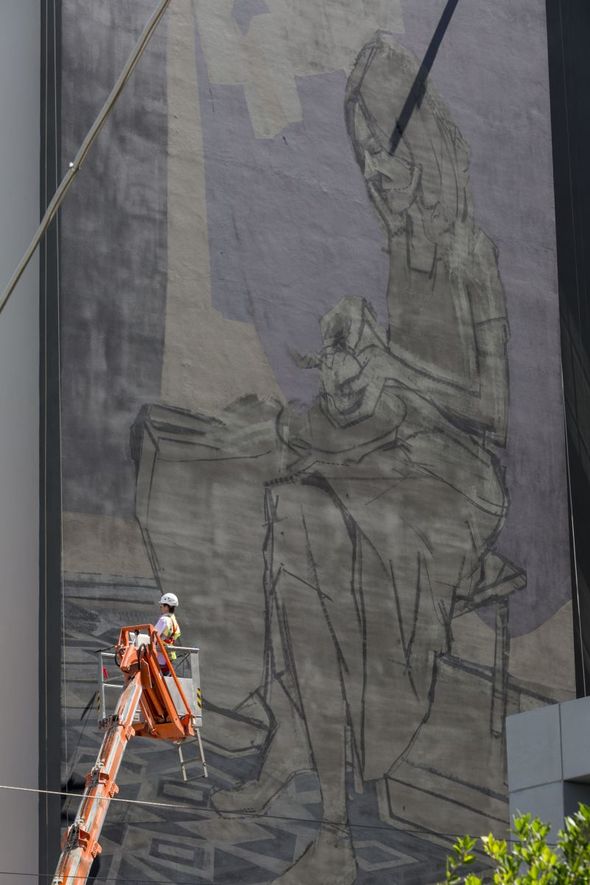 Duo ICY and SOT are two refugee artists from Iran who live in Brooklyn, New York. Their stencil work tackles human rights, ecological justice and social and political issues – it envisions a world free from borders, war and gun violence. 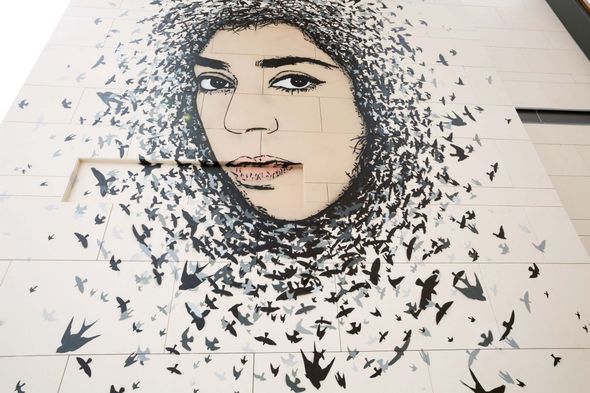 The queen of ‘yarn bombing’, Sayeg’s art revolves around covering things in yarn. Her most famous work is the knit-covered bus in Mexico City. You’ll find ‘yarn bombed’ pieces all around City Walk. 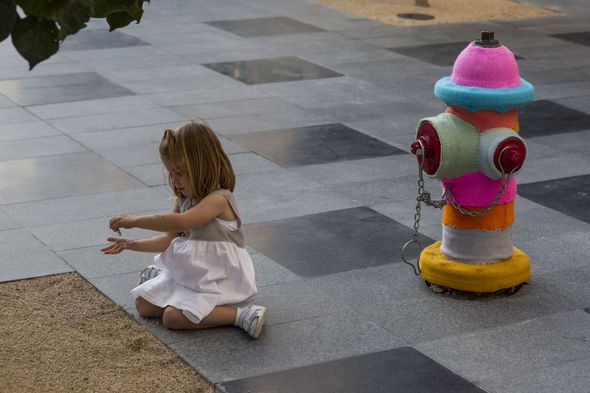 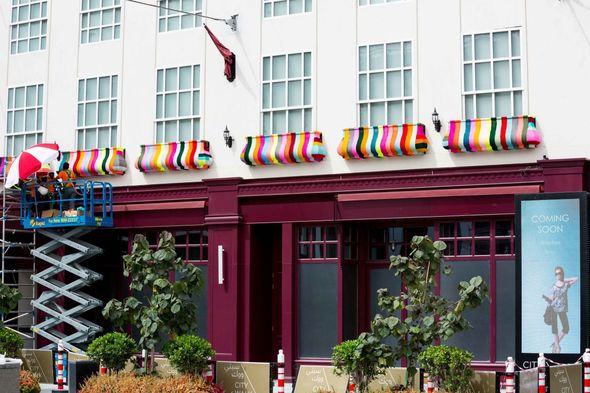 With sell-out gallery shows all over the world, Nick Walker’s presence in the street art scene is huge. As one of the frontrunners in the British graffiti scene, Walker’s work has served as inspiration for many an emerging artist. 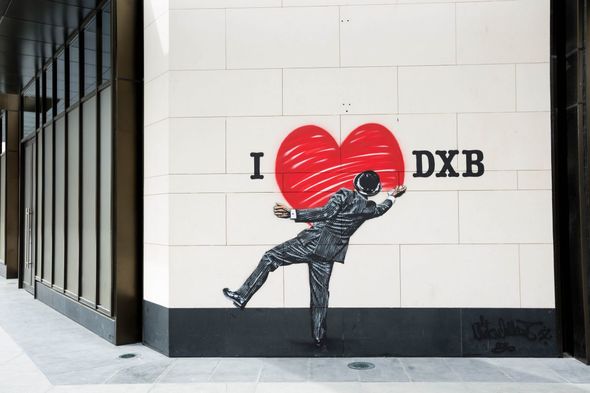 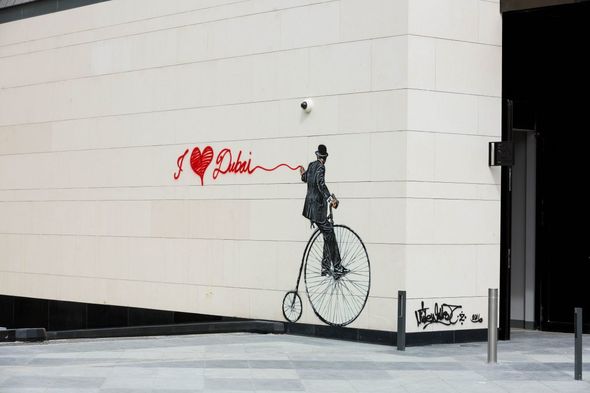 Belgian artist ROA started his career painting abandoned warehouses and factories, and then found his footing painting the creatures he found living within these industrial sites. The scale of his works are massive, and ROA has painted black and white creatures in vivid detail in cities all over the world. 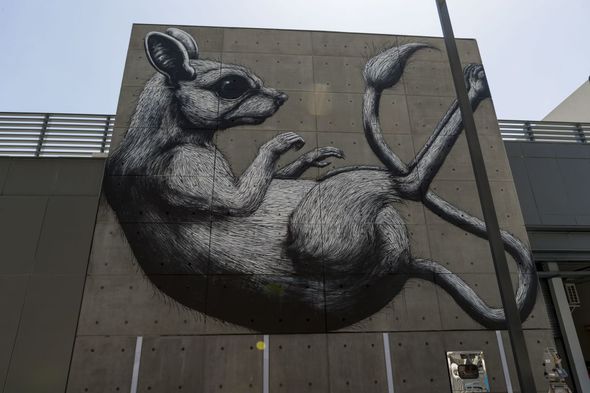 Ron’s work is described as ‘POPaganda’ and consists of everything from superhero mythology to totems of art history. He’s painted pieces as both a fine artist and a street artist, with his work finding spots on places such as the Berlin Wall, the West Bank Wall and even the US-Mexico Border. 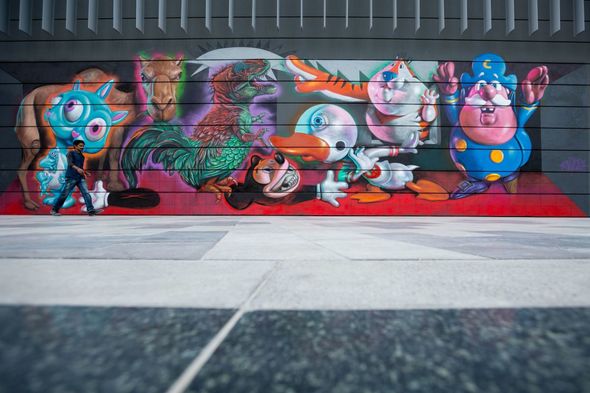 Rone is best known for his stylised work of women’s faces – it then shows how beauty is fleeting as the outdoor work decays due to rain, wind and time. His pieces can be found all over the world, peeking out from underneath bridges and inside various overpasses. 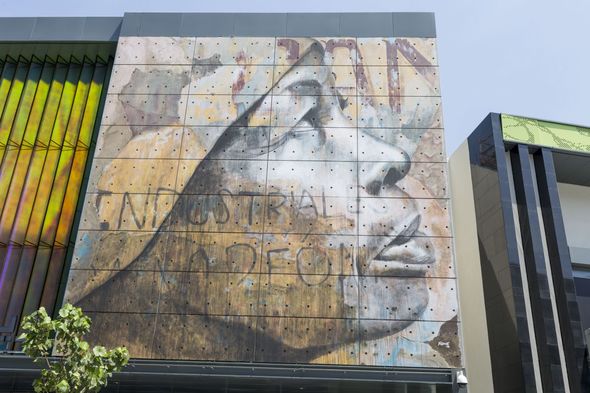 Miniature artist Slinkachu’s work involves remodeling and painting miniature model train set characters, which he then leaves on the streets. The idea is to encourage city-dwellers to be more aware of their surroundings. In the words of the artist himself: “These scenes reflect the loneliness and melancholy of living in a big city; the universal sense of being overlooked, lost and overwhelmed.” 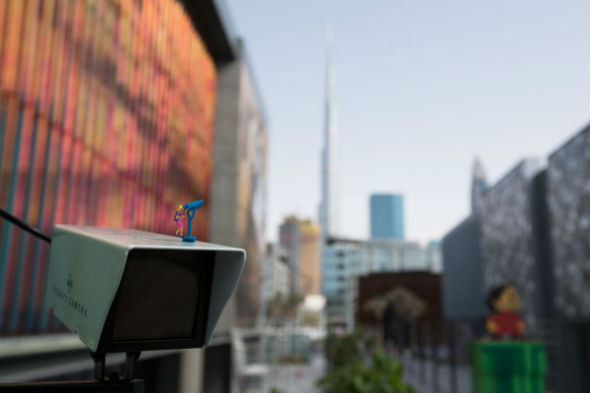 The London Police consist of Chaz Barrisson and Bob Gibson, who complement each other’s style one of large characters, and the other tight illustrations to bring together endearing fantasy worlds. The duo have amassed more than 100 shows, with events in over 35 countries. Their work has popped up everywhere since they formed in 1998.

Where can each artist be found?

Here’s a map… use Reel Cinemas and Hub Zero (in the central courtyard of City Walk II as your starting point). 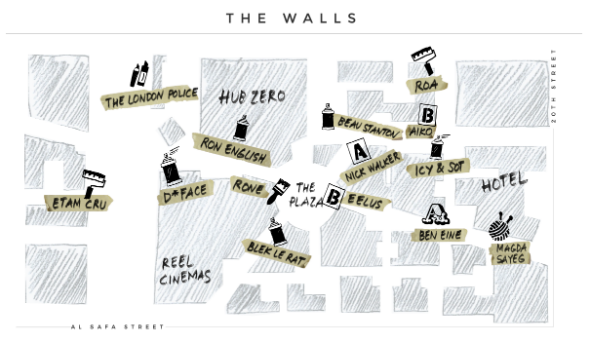 Check out the trailer for Dubai Walls below:

Art
Culture
News
EDITOR’S PICKS
Here's the full list of UAE public holidays in 2023
READ MORE
23 incredible things to look forward to in the UAE in 2023
READ MORE
Hidden gems: 10 UAE desert pop-ups to discover this winter
READ MORE
Where to travel in 2023: 10 new flight routes from the UAE
READ MORE
MOST POPULAR
Miami Vibes Food Festival is returning to Dubai this weekend
6 brilliant things to do in Abu Dhabi this week: Feb 6 to 9
This stunning new wellness space will open in Dubai next month
Dubai tourism increases by a massive 97 per cent
16 incredible mega projects coming to Abu Dhabi soon
YOU SHOULD CHECK OUT
Our website uses cookies and other similar technologies to improve our site and your online experience. By continuing to use our website you consent to cookies being used. Read our privacy policy here.