Are you someone who likes to rev your engine with vigor at the traffic lights? Well watch out for these…

Abu Dhabi Police have installed new radars on the road that measure the level of noise coming from a car to deter those who accelerate ostentatiously as well as drivers who modify their cars in a way that causes disruption to other residents.

The new technology aims to reduce noise pollution in the capital and will primarily be installed in residential areas near hospitals, mosques ad schools. It measures decibels and then takes photos of the cars.

Rather awesomely, this first-in-the-world technology was developed by the Abu Dhabi Police force themselves. It was invented by Captain Ahmed Abdullah Al Muhairi, Head of Traffic Safety Section.

“Introducing this new device would make Abu Dhabi the first city in the world to use the latest systems aimed at preserving the environment and reducing noise pollution and noise levels caused by vehicles and excessive use of horns,” Brigadier Engineer Hussein Ahmed Al Harithi explained. 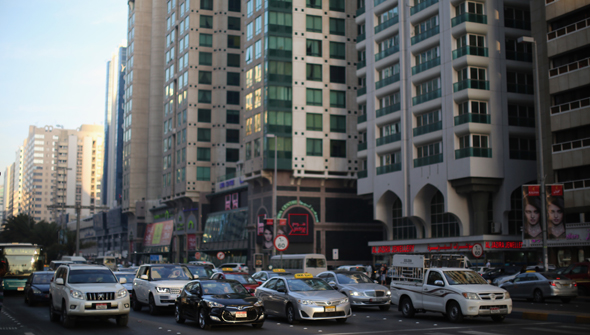 The streets of Abu Dhabi may soon be a quieter place. Photo: Getty.

*VIDEO: Why you should never commit a crime in Abu Dhabi*

“The radar automatically measures the intensity of noise produced by a passing vehicle,” he explained. “If the noise ratio is higher than the allowed limit, the radar will immediately take photos, scan the vehicle’s licence plate and fine the violating drivers.”

News
Transport
Travel
EDITOR’S PICKS
13 Sheikh Hamdan-approved restaurants in Dubai
READ MORE
Dubai brunches temporarily banned in new preventative measures
READ MORE
12 upcoming Dubai mega-projects we can't wait for
READ MORE
16 of the best beach bars in Dubai for sundowners
READ MORE
MOST POPULAR
St Patrick's Day 2021: The best deals and celebrations in Dubai
Dubai Police add a new supercar to their fleet
Run even faster with Under Armour's groundbreaking new trainers
Dubai Culture to grant 1,000 long-term cultural visas
This Abu Dhabi island brunch offers an amazing family friendly escape
YOU SHOULD CHECK OUT
Our website uses cookies and other similar technologies to improve our site and your online experience. By continuing to use our website you consent to cookies being used. Read our privacy policy here.